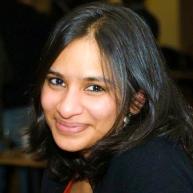 I'm joining Service Space because ... It makes me happy!

My hero in life is ...my father

My favorite book is ...Life

One thing I'm grateful for is ... all the gifts I've been blessed with

From Transaction To Trust: One-day Retreat In Houston

Mar 14, 2020, 3 comments, 10 smiles “Even after all this time, the Sun never says to the Earth, "You owe me." Look what happens with a love like that, it lights the whole sky.” – Hafiz About a month ago, a couple of us gave voice to a deep desire — of holding a one-day retreat in Houston. We didn’t know where to begin, where to host, whom to invite - to volunteer and to participate… except for a desire and a need to cultivate an intentional community. We put that intention out and just like that the whole universe conspired to make it happen.Michael (Venu’s Aikido teacher) offered his studio for the entire day to host the retreat. Audrey, Trishna, Birju, Amit, Jasky were more than forthcoming in sharing resources, suggesting ideas for flow, activities, videos, even food menu! Someone tagged us with diaries for the retreat, and from different corners came heArt offerings for tagging the participants! It was ... Read Full Story

May 16, 2019, 8 comments, 20 smiles Life is beautiful and we are blessed to be part of such a loving community! We arrived in Houston last Sunday and since then almost everyday is a day full of gratitude. A day when someone or other reached beyond to embrace us in the warmth of human connection. Yesterday, we hosted our first Awakin Houston circle. It was just me and Sikander and an empty cushion for the invisible :-) We hope to re-start the circles from next week but we wanted to host one for ourselves before or rather host ourselves to ground us in the spirit of these circles before we are worthy of hosting others. For at least a month our home will just be a mattress and these few cushions until our stuff arrives from Romania. I was getting a bit conscious of starting Awakins without having any cushions for people to sit on but after yesterday we felt we should just send out the invitation and see how the universe responds. The space organizes itself so beautifully that we will be fine :-) Thank you for all your good vibes!

Our Last Awakin Circle In Romania!

May 05, 2019, 3 comments, 17 smiles As we head out on our way to the airport, to move to Houston, here's a pic of our last Awakin circle! And I am so excited with all the things happening in Romania, including the ongoing Karma Kitchens with kids, a local laddership circle (wow!) coming soon, and an educators retreat during Nipun's visit in October, and more. I'll miss Romania, but am looking forward to starting Awakin Circles in Houston!

Feb 18, 2019, 9 comments, 24 smiles [Originally posted in January 2019] “You left the door open and I walked in” So many of us walked into that open door and found ourselves at home in the circle. “There is an immediate sense of trust and respect and everyone feels belonged.” From 3 people sitting in silence on a Wednesday evening in a home in Santa Clara, Awakin circles have organically spread to 100+ cities around the world and every week so many people come together to co-create the circle. One person at our circle recently shared, “It’s small and yet it is so big!”. I don’t think I can find the right words to describe the extraordinariness of the ordinary Awakin circles. Which is why we asked Awakin hosts from around the world to share their reflections of 2018. Below are some highlights from those reflections! The journey of self Reflecting on the 10th year anniversary of Awakin circles in ... Read Full Story

Sep 13, 2018, 2 comments, 15 smiles Veritas school in Romania hosted a Karma Kitchen last year, and they are now keen to several times in the coming year and are brainstorming an entire conference on generosity and kindness. Here's a video from Leila and Richard about the first KK with the kids:

At Our Awakin Circles, We Have ...

May 25, 2018, 13 smiles At our Awakin circles, we have a team of Romanians who have offered to help translate the passage every week. One of the most regular "translator volunteer" shared this with me today: "Translating Neruda's wonderful poem was a breeze, but it took me longer to reflect on it. Deep... Honestly, I'm not sure anymore what I like most about your Circles, the silence, your cooking, the intellectual depth or being exposed to such various intellectual exercises, new horizons and new ideas... Awakin' Circles are making my Wednesday evenings worthwhile."

May 14, 2018, 3 comments, 13 smiles About 6 months ago, as I was emptying my bag, I found a SMILE card. I kept that card on the entry cabinet and every day coming in and out of home, that card would make me smile and also invite me to pass it on. Except that I was too shy. New country, new language, new culture… how will I explain it? How will the idea be received? I had too many self-doubts that were holding me back. As days passed, I started feeling guilty for not having used the card since so long. One day as I was going to meet Sikander at his regular Starbucks for coffee, I took the card with me. But I chickened out again and asked Sikander if he will go up to the cashier and pay for an extra coffee and leave the card with them. And he did. It took him some ... Read Full Story

May 07, 2018, 4 comments, 15 smiles At the most recent Awakin circle in Vienna, Nipun shared his journey through a childhood experience when he was touched by a selfless act of kindness by a stranger. He shares it with so much life in the words and I can only attempt to recount it here: Once during their family trip to India, he met up with his kindergarten friend. They were both now these 14 year old boys now and his friend wanted to show him his new bike and take him for a ride. As they were going on the road filled with potholes, Nipun felt uneasy in the stomach and finally they had to stop for him to throw up on the side of the road. Just then a stranger with a small bag saw them. He went to a nearby stall, asked for a knife, took out a lemon from his bag and gave Nipun ... Read Full Story

No Price Tag On Art!

Apr 27, 2018, 1 comments, 17 smiles Imagine coming across wisdom crafts in Austria! Today evening we were all in a beautiful Awakin circle hosted by a wonderful couple - Kathrin and Ulli The circle was in their parents restaurant and every painting in the restaurant had a tag in German. None of us noticed it at first and later when I asked Kathrin to what it says, it read: "How do we evaluate art? Is it a price? It is a feeling? Or a cultural product? Is art a commercial good? ART IS FREE You can evaluate this series of artwork on your own. Do you like this artwork? Feel free to contact me at ..." There were paintings as huge as the wall and she offered everything as gift as how do you put a price on labor of love! A heArtist! We had taken printout's of bhumika's artwork for their circle which they actually passed forward to all the guests. In that moment the two heartists were totally connected!

Apr 17, 2018, 4 comments, 14 smiles Last weekend, inspired by the magic in London, we made a GenerosiTREE with acts of kindness ideas on post-its. There were 4 categories like the SMILE deck - for yourself, for friends and family, for strangers and for the Earth. We had gone to the park as part of my husband’s office team community run initiative and initially we hung the board on a tree where most of us had collected. It was great to see the excitement, both of adults and children. “It’s a generosiTREE.. did you get it? TREEEEE…” I heard a teenager explain her surprise and excitement at the play of words to her younger sibling. (Thank you team London for the idea!) Later we went around the park with the board to offer them to everyone in the park and that’s when it hit me. It was difficult to find people to even listen to us for a minute. Everyone ... Read Full Story