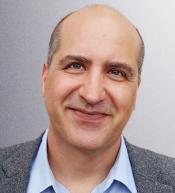 A good day to me is when ... I feel connected

My favorite book is ...many

One thing I'm grateful for is ... my family

Ripples Of The White Envelope

Dec 25, 2020, 2 comments, 6 smiles I recently came across this account of a woman and her family's White Envelope tradition at Christmas: It all began because my husband Mike hated Christmas. Oh, not the true meaning of Christmas, but the commercial aspects of it – overspending and the frantic running around at the last minute to get a tie for Uncle Harry and the dusting powder for Grandma – the gifts given in desperation because you couldn't think of anything else. [...] Our son Kevin, who was 12 that year, was on the wrestling team at the school he attended. Shortly before Christmas, there was a non-league match against a team sponsored by an inner-city church. [...] As the match began, I was alarmed to see that the other team was wrestling without headgear, a kind of light helmet designed to protect a wrestler's ears. It was a luxury the ragtag team obviously could not afford. Well, ... Read Full Story

Apr 08, 2020, 7 smiles [Last week, a bunch of us circled in a global conversation: "What Would Love Do?" Below are are some highlights, including audio and video recordings!] Last week, about hundred of us circled up for an insightful conversation on "What Would Love Do?" in this global pandemic. It was a real array of so many rich insights across timezones -- from UK to Central America; France to Romania to Germany; New York to California to India and beyond! After a few highlights from our preceding call, Jane presenced the challenge and possibilities of time: "How do we maintain a full heart, an energetic heart, during what might be a long period of adjustment to the new conditions of this pandemic? Collectively, our interconnection and our interdependence are now in plain sight. What new systems and ideas are emerging as part of this adjustment?" In an opening panel, various "love warriors" across the globe ... Read Full Story

Nuggets From Our Recent Laddership Circle

Sep 22, 2019, 3 comments, 14 smiles Earlier this month, seventeen of us concluded a Laddership Circle. There were so many highlights. Over the 6 week journey together, it was inspiring to see how the simple organizing principle of an intent to design for inner transformation can convene "love warriors" across six countries to deeply practice "being the change" in our communities, while holding questions and paradoxes of leading with love across a wide spectrum of topics. Here's a few soundbyte nuggets of some of the collective wisdom that emerged, in no particular order: On Motivations: A community builder in our circle asked: "How do I shift from building something to feed my own ego, to being a vessel for the community’s values and needs to flow through?" Another week, an artist genuinely observed: "I'm still sorting out my own web of intrinsic vs. extrinsic motivations. I supposed we all carry a mix of it." Reflecting on the deluge of ... Read Full Story

Scene From A Mentor's Life

Jul 23, 2019, 2 comments, 10 smiles In a recent Laddership Circle, I was reminded of a teacher and mentor of mine from the time I lived in New York. He was one of the best corporate lawyers in New York City, but he was also an incredible champion of all in hardship and a seer of truths! Below is a scene from his life I remember often: Here he is at the law office. Uncharacteristically, he’s leaving at noon. It’s December 23rd, and an important deal closes the morning of the 24th. By late afternoon the heat is on; the client’s lawyers want to know where he is and the junior partners are making excuses since they don’t know. At 8 pm he returns, brushes past them and works through the night. The deal closes on time. Years later it was discovered he had left to buy and deliver gifts to sick kids at St. Vincent’s Hospital.