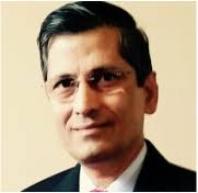 I'm joining Service Space because ... it is the best space to be in other than Heart-space! I am quite impressed with the principles behind service space. Anonymity and intrinsic motivation are quite powerful values and design principles.

A good day to me is when ... I feel others feel a bit lighter, brighter and happier and it rubs on how I feel

My favorite book is ...The Prophet

One thing I'm grateful for is ... Life itself with all its daily emerging awareness of why life and what is worth aspiring for and to do what is possible

Interview With Meghna, On GLOW

Apr 10, 2019, 15 comments, 33 smiles [Below is a transcript of Meghna's inspiring interview on GLOW! Already, there's requests for a follow-up interview. :)] Meghna Banker: early in her life, she felt a call to dedicate her life to service and in her twenties, moved to Gandhi Ashram in Ahmedabad (India) where she is still based. As a gifted filmmaker, graphic designer and artist, Meghna has been a seed behind many projects whose ripples have spread to millions worldwide. Soon after college, she spearheaded "Yes, I Am the Change" series that celebrated small actions of everyday heroes -- where even Amitabh Bachchan was moved to speak at their gala event. Lot of her artwork and design skills can often be seen on billboards in various cities, as a part of an initiative that supports rural artisans. In the last decade, Meghna has been one of the founding pillars behind Moved By Love platform, where she has hosted ... Read Full Story