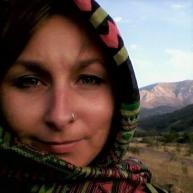 I'm joining Service Space because ... it seems to be a fantastic way of putting ideas into practice. Inspire, get inspired and expand your creativity of generosity.

A good day to me is when ... we succeed in living it fully without getting on the way of the beautiful manifestation of life.

My favorite book is ...a book that keeps me enthusiastic.

One thing I'm grateful for is ... breathing.

Jun 27, 2018, 12 smiles Yesterday I arrived from a weekly Awakin in the neighboring town that rather turned out to be a two day long heartwarming gathering. Today I woke up and wondered: ‘How can I share this uplifting mood and happiness that was merrily reverberating in every cell?’ Blood donation it was! So, I went to the nearby village where the health center welcomed donors this very afternoon and did the procedure. Leaving the center, I met a sister who attended our first Awakin last week in Palencia. She expressed how excited and inspired she was that, as a primary school teacher, she improvised a silent circle with her pupils as the final event of the study year. With a moment of silence, reflections, sharing, gratefulness and homemade delicacies, school kids were farewelled ‘divinely’, as commented her daughter who was also present in both; the first Awakin Circle and the circle in the farewell. Such a beautiful amplification! :)

Jun 17, 2018, 3 comments, 8 smiles New members have appeared on the horizon to participate in strengthening the spirit of the Awakening Kin; in illuminating the whole globe with little, conscious and truly loving steps. This Saturday, on a very sunny afternoon, under the guidance of a support team from Burgos (warm thanks to Joserra, David and Asun!!!), we opened a door to a new living room that gathers brothers and sisters in behalf of generating and emitting infinite peace. Great sparkles, smiles and deep silence were shared. At the forthcoming parts welcoming words, inspiring and heartwarming stories were accompanied with a miniature broom-like talking stick. Delicious gifts and also some requirable ‘first timer’ moments were present. :) What a joy! Regarding to the previously mentioned ‘broom’ that served as a talking stick, we were speaking about it as if it was sweeping away the matter of such categories as age, race, gender, origin, religious beliefs, social status and ... Read Full Story