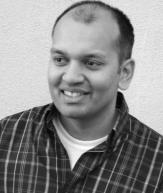 I'm joining Service Space because ... I want to practice being the change

A good day to me is when ... I have done an act of kindness.

My favorite book is ...Siddhartha, by Herman Hesse

One thing I'm grateful for is ... opportunity to serve.

Image Of The Week Artist?

Nov 09, 2020, 6 comments, 32 smiles On one blog post, I read a comment by a relatively new volunteer: "Typically, the more I dive into an organization, the less there is that I want to uncover. :) ServiceSpace has been the opposite experience. The deeper I dive, the more rabbit holes I uncover. And the roots are so intricate and beyond comprehension, that in the very process of stumbling into it, I somehow see a bit more of myself. Or perhaps a bit less of myself. It's almost mysterious, if you know what I mean. :)" Awakin Readings illustrate this so elegantly. Having a newsletter in today's era isn't all that interesting -- just more content in an already information-overloaded palette. :) Yet, Awakin emails "feel" different. Sure, it's ad-free. Sure, some people have been receiving it every week for a couple of decades. Sure, Somik and I screen the readings each week to ensure a meta ... Read Full Story

Oct 05, 2020, 33 comments, 46 smiles Both of us drove up together to a holy site, somewhere on the hills of Los Angeles. Except it was Sunday. And this shrine of the revered India mystic, Yogananda, is closed on Sundays. “If it’s closed, why are we going there?” I asked my friend. “Who knows, maybe it’ll open. Not all gates open by man-made rules.” Okay, I can dig that. We arrived, and sure enough, the giant gate was closed and there was absolutely no human in sight. “Well, we tried,” I stated. With his usual jokster smile, my friend replied with a Zen koan: “Surrender works only after full effort.” He got out of the car. I stayed back, since I wasn’t quite sure how the 50 feet walk between the car and the front gate would change anything. Lo and behold, right as he beelines for the shuttered gate, a nun comes out of nowhere, appearing to ... Read Full Story

Jul 14, 2020, 2 comments, 26 smiles This summer, we have 7 remarkable summer interns, with 8 mentors(!), doing some exceptional things -- whose whispers might've already reached you. :) Just reading their applications is a heart-opening experience: Lena, Anha, Leela It underscored the kind of intentions that we attract and nurture. In week 1, as the field is barely emerging, internal ripples were already in motion. All of them attend our weekly Awakin Circle, genuinely meditate (most of them for the full hour!), and share the most beautiful things. Frances, shared this stunning story of her kindergarten friend. They also rolled up their sleeves and jumped into service. Lena, Leela and Anha orchestrated a first-ever "Teen Awakin Call" with Melissa. Sonya and Tanvi created themed storylists for KarunaVirus, on topics like Youth Taking Action and Behind the Protests. Mika drafted themed reading lists for Awakin Readings, on top of writing 20 story descriptions for KarunaVirus! Over the next weeks, they ... Read Full Story

A Deeper Inquiry And Reflection

Jun 08, 2020 Dear Friends, We recently received an “open letter for the collective healing around Pancho Ramos-Stierle’s behavior towards women” on this website. It has been difficult to process, especially given his years of service work in the Bay Area, including in ServiceSpace and other communities. We feel deep grief and sadness for the suffering expressed by the women, who courageously came forward in the letter to share their stories. We began hearing indirect reports about efforts underlying this letter about two months ago. At that time, apart from knowledge of a couple of longer-term relationships over many years, we had limited background on Pancho's intimate life. The released letter offered an understanding of the perspectives, hurt, and pain of many affected women. The overarching patterns described in it are deeply disturbing, and in profound misalignment with our values. Recognizing and honoring the serious nature of what the women shared in their letter, we initiated ... Read Full Story

How ServiceSpace Responded -- And Questions It Raises

Apr 23, 2020, 22 comments, 65 smiles As some of you know, I was in a month-long silent retreat that just ended recently. Talk about coming back to a whole different world. :) Returning to ServiceSpace, following such a dramatic upheaval, I curiously listened into -- how did we respond? Sense. Well before wide-spread pandemic awareness, back way in February, :) Birju initiated an email thread to a group of about 100 ServiceSpace thought leaders. He opened by saying, "I don't want to fear monger, but the data I'm seeing points to a legitimate cause for concern." Lots of people wrote, with a rather wide range of responses. In retrospect, that entire thread was remarkably prescient. It mirrored that we, collectively, are on the pulse of cultural patterns in more ways than we might imagine. Not every bird can see the entire flock, but that doesn’t imply a lack of formation. :) What patterns do we sense collectively, ... Read Full Story

Apr 15, 2020, 4 comments, 26 smiles [Below are some highlights from our Making Karuna Viral with India-wide coordinators. While we didn't expect 60 folks to join on a 1-day notice, we now hope to serve that need with a follow-up call.] How do we hold uncertainty? What practices will help us distinguish between fear that keeps us alive and fear that keeps us from living? Can we trust the "goo" of the chrysalis, as we transition from caterpillar to butterfly? Are we bearing witness to the inequality of suffering? What is the new "normal" that we want to return to? Is there an opportunity to shift from architectures of oppression to compassion? If cholera and tuberculosis outbreaks transformed the design of the modern-day bathroom, what designs will Covid change? Is this a war or a love story? Police enforcing curfews are showered with flowers in appreciation. Bhavya is making 5 extra rotlis in Surat to be part of ... Read Full Story

Working At The Speed Of Love

Apr 13, 2020, 7 comments, 34 smiles At some point after mid-March, we quickly launched a new website: www.karunavirus.org Our about-us page read: “Our intent is to amplify the voice of our collective compassion, by featuring news of everyday people choosing love over fear. We feel that the acts of courageous kindness we're seeing all over the world will far outlive the virus, and if enough of us keep it front and center of our consciousness, it could well bring new possibilities for our future.” Initially, we figured to be posting a couple of stories a day. Just a few days later, though, Audrey had galvanized a whole gang of volunteers -- good news scouts, screeners, writers, editors -- cranking out more than 10 stories per day. Each story would go through an approval process, then a writer would couple it with a 4-5 sentence summary, we would add a photo to it, mark it with keywords, and ... Read Full Story

Mar 04, 2020, 18 comments, 59 smiles [TLDR -- In January 2020, dozens of global luminaries convened in the ambiance of Gandhi Ashram in India -- without an agenda, expectation or save-the-world plans. Yet surrendering into the "Law of Love", through the paradoxes of our unique backgrounds, we witnessed that it truly is a Law. :) To get a heart flavor, here's two videos. For a shorter read, here's some quick stories. For more nuance on the unimaginable emergence, read on below.] A photographer in Spain captured an image he didn’t realize he had taken. While reviewing his camera after, he saw it: A giant murmuration of starlings had spontaneously come together for 10 seconds to respond to a predator, and the formation dissolved in another 10 seconds. The collective flock knows what no single bird knows. This is not an unusual phenomenon in the natural world; yet such emergence is scarce in the realm of human cooperation. Last month, ... Read Full Story

In Romania: Blinking My Hazard Lights!

Nov 05, 2019, 6 comments, 33 smiles "I've just experienced a big earthquake. And I'm blaming all this on Ashima," Lila joked, but not really. While living in Bucharest and hosting weekly Awakin Circles, Ashima once sat on a flight next to a stranger who told her to visit a school named Veritas. She visited, fell in love with their explicit mission of kindness, and their emphasis on social-emotional learning. Pretty soon, they were hosting Karma Kitchen in school, Smile Cards were translated to Romanian, 21-day challenges were used by teachers, and many ripples emerged. Her partner in crime was Lila -- a sparkly-eyed love warrior, who then took the Laddership course and is now hosting a circle with another dozen teachers. The reason for the "earthquake" was a "Compassion in Education" weekend that Lila and Verita Foundation had put together in Bucharest last weekend. It reminded everyone of why education is much more than cognitive growth. That social-emotional learning ... Read Full Story

Jul 14, 2019, 12 comments, 58 smiles [Some reflections based on a recent conversation on how Gandhi and ServiceSpace are connected.] In many ways, ServiceSpace shares great affinities with Gandhian values. While ServiceSpace founders, in their early twenties and younger, didn’t explicitly aim to emulate Gandhi nor were they well-versed in his philosophy at the time, decades of subsequent work has shown a rather striking affinity to shared values that Gandhi referred to as “old as hills.” At its core, Gandhi’s organizing principle was to “be the change” and trust in the ripple effect. This has been the ServiceSpace credo from its start in April 1999. Originally, ServiceSpace was building websites for nonprofits. Thousands of nonprofits were served, and as technology evolved, its services turned into web portals and eventually a slew of other online and offline projects. The underlying story, though, is significant. In the dot-com hey-day, ServiceSpace’s young volunteers went entirely against the grain to be the ... Read Full Story