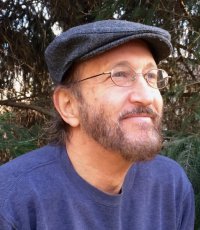 The following is based on the July 8th, 2017 Awakin Call with Thom Bond.

Thom Bond brings 27 years of study and training experience in human potential to his work as a writer, speaker and workshop leader. His passion and knowledge of Nonviolent Communication (NVC) combine to create a practical, understandable, humorous, and potentially profound approach for learning and integrating skills that help us experience more compassion and understanding. Thom is a founder and the Director of Education for The New York Center for Nonviolent Communication. He is best known as the creator and leader of The Compassion Course, a comprehensive online NVC-based training, Since 2011, more than 14,000 participants in over 110 countries have learned to communicate compassionately through this year-long course. As a Massive Open Online Course (MOOC), it is now offered in four languages, funded entirely through donations. The course continues to grow at near-geometric rates, and commenced a new cycle on June 21, 2017 (and now again in 2020).

In 2002 Thom Bond was a successful environmental engineer, passionate about designing smart buildings that used alternative energy. Then he chanced upon Marshall Rosenberg's landmark book Non-Violent Communication: A Language of Life. "By the time I read Chapter 1, it hit me that I had found what I was looking for...A set of concepts and ideas to be able to move through conflict." Thom realized instinctively that he'd found a new technology -- one that was human-oriented as opposed to building-oriented that would allow for more effective and harmonious use of energy.

"I think Marshall Rosenberg's work may be the single most important discovery of the 20th century, his discovery that when we bring our attention to our universal human needs, it changes what we focus on, it changes how we think, and we naturally become more compassionate."

Who was Marshall Rosenberg?

The founder of NVC was a renowned author, teacher, and mediator born in Detroit, Michigan who experienced violence firsthand growing up. He was a clinical psychologist whose quest to uncover a means of rapidly disseminating peace-making skills had him working with civil rights activists, helping desegregate schools, mediating between rioting students and administrators, and even driving a cab. Says Bond, "He was not a mystical person, he was just a regular guy. He didn't hold himself anywhere except in the role of wanting to share this work. I never thought I'd have a role model like him. I didn't think humans could do what he did. He was incredibly generous and open-hearted. He spent thirty years doing the groundwork for this -- paying attention to what separates and what connects us and what brings about peaceful resolution and co-existence."

Two short years after being introduced to Marshall Rosenberg's work, and with his blessings and encouragement, Bond opened NYCNVC. His work over the past fifteen years has brought the benefits of NVC to tens of thousands of people across the world from diverse backgrounds, including the military, corporate leaders, educators, peace workers and more.

"It's about changing the conversation we are having," says Bond succinctly, "The one we are in right now in most spheres is: 'Who is right and who is wrong?' And what Marshall came up with was, if we change the subject to, 'How can we meet more needs and make this situation work better?' That is the new conversation."

Within this framework needs are defined as universal human requirements /values (such as sustenance/trust/understanding/love). They are in that sense inarguable. "Life is having needs, " says Bond, "What do we call someone without needs? Usually we call them dead."

The operating premise here is, "Everybody out there is just trying to meet their needs." People, Rosenberg figured out, do that through different strategies that can sometimes be in conflict with one another. When friction arises, how we work with those moments and with what we are feeling then determines how connected or disconnected we are in the world.

The Affirmation of Feelings

"We have this challenge in our culture of looking down upon our feelings." The conditioning for this starts early, as Thom points out, "Most of us have been called crybabies when we were younger, most have been told that we're too emotional, or instructed to, "Man up" or to, "Cut that out" when it comes to feelings." But our feelings are indicators, they are messengers that are trying to convey something, and that something is connect to our needs. In NVC, "We start to live into this correlation between feelings and needs we start to become more aware of our needs." This awareness begins with the body.

Says Thom, "I love my brain, and I love your brain! But I want to give my brain more information and that's where my millions of years old body can help out. There is wisdom in our body."

After years of this practice my three favorite words now are: What Is That? Meaning, "What is this feeling trying to tell me?"

The Power of Seeing

It's important to remember that this approach isn't about changing people -- it's about seeing them in a different way. There is a difference between what I am observing and what I am telling myself about what I am observing. This is judging and it keeps us from being present and connected.

The "Should - Should-Not" tendencies in humanity run deep. Within NVC there is an invitation to step away from that -- and to step into a space of genuine inquiry that's not governed by rigid rules. There is no insistence on conformity. Practitioners are encouraged to explore.

There is a fractal quality to this approach. "This technology operates wherever there are humans, and relates to all the levels of relationships that we have -- whether that's nation to nation, tribe to tribe or person to person. The first experience of this that was moving to me was with my father." Thom calls it his Super bowl moment.

With many parents and their children criticism can be a deep historical pattern that plays out in conversation. Not long after starting his NVC work Thom found himself embedded in yet another of these uncomfortable loops with his father. But then he changed the channel. He found himself leaning into the discomfort of what he was feeling and inquiring into what the underlying needs of his father might be, that were leading to this long-held strategy of criticism.

This inquiry allowed him to shift the momentum of the discussion with a simple question, "Dad are you concerned and just want me to benefit from your experience?
Seeing into his father's needs allowed Thom to halt the patterns of judgment in that moment. To shift from seeing his father as a didactic, know-it-all to a caring parent who wanted to contribute to his son's life, and help trouble-shoot his problems. "It was instantaneous for me, and the thing I noticed was -- he didn't have to change, but I got to hear him differently. Right after that I was hooked."

He underlines that this approach is not about getting people to do what we want them to. It is about creating a quality of connection that meets each person's needs through compassionate giving.

When we tune into our feelings and tap into our needs -- our own or someone else's then compassion arises spontaneously. We then have to act either on our own behalf or someone else's behalf -- it happens not through conscious effort but surfaces naturally. As Thom puts it, "It's the energy of life running through us."

An unexpected flowering of this work has been the success of the Compassion Course -- a comprehensive online NVC-based training, that in Thom's words, is "my way of making the skills of compassionate living available to anyone, regardless of time and money constraints."

Since 2011, more than 14,000 participants in over 110 countries have learned to communicate compassionately through this year-long course. As a Massive Open Online Course (MOOC), it grows in participation every year and is now offered in four languages, and funded entirely through donations. The course continues to grow at near-geometric rates with a current roster of over 5,000 participants, and commenced a new cycle in June 2017.

An Attitude of No Harm

Talking about the origins of the name Non-Violent Communication, Thom shares how Marshall Rosenberg himself had never been quite satisfied with the name. What he meant by the phrase non-violence had its roots in Gandhi's work around Ahimsa -- a Sanskrit word that has no comprehensive equivalent in English, and that means an attitude of no harm at all levels of thought, action and speech, an attitude of universal benevolence at all times, in all places, in all interactions. It's this spirit that lies at the core of NVC -- Rosenberg saw it not as a model to be superimposed upon organizations and individuals, but as a form of consciousness that works and spreads from the inside out on the wings of transformation.

Sharing a sweet memory of his last visit to see his role model, who passed away in February of 2015 after more than forty years of tireless service, Bond remembers saying to Rosenberg, "This work is out there now. The bell can't be unrung." Rosenberg looked at him out of the corner of his eye, smiled quietly and said, "I know. I know."

Ways to Get Involved Lots of gratitude to all the behind-the-scenes volunteers that made this call happen!