Few days ago as part of our Pilgrimage to India we 've been in a village of Gujarat named Punadra. The Mother Land (India) keeps offering us more love and generosity through the hearts of its people. If I had to choose a mother culture it would definitely be the one of these peoples. So many gems for the world here. No coincidence that experiments like Seva Cafe were ignited in the midst of rural India 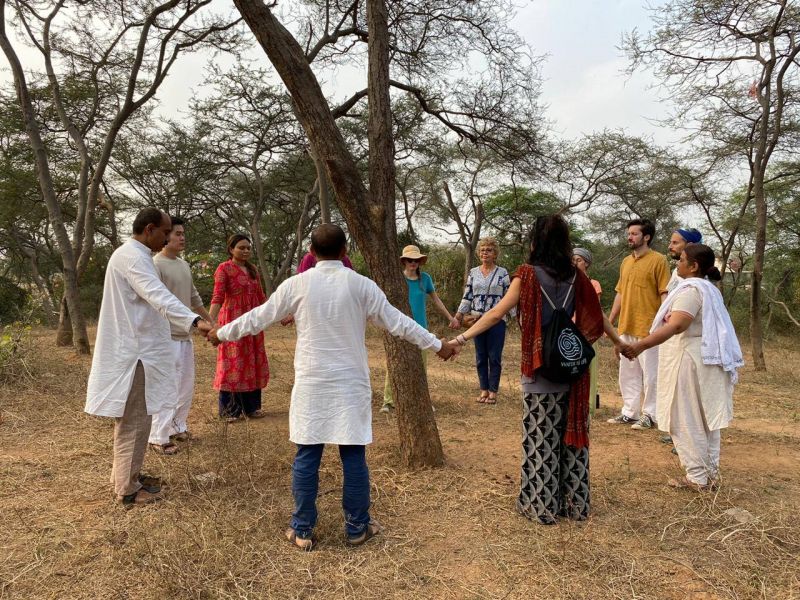 Quite indescribable experience we had. We were received in the village by claps and cheering and smiles. Someone was even waiting for us with a camel-cart to take us on the last stretch ! Panchito and others decided that we should also help the camel so some of us helped pushing the cart as well. That act of kindness was even in the local media afterwards

After some more beautiful welcomes, we experienced service through the lenses of the National Service Scheme program, run in Gujarat to support the service journeys of college students - they gather for these service camps and go to village areas to create awareness on certain themes and learn of how to live in community. Intention of the program is mostly to ignite that spirit of service through small acts of love. They clean toilets, clean plastics, spend time with neighbors, take care of the animals... We had so many beautiful interactions with them and some of them came to a retreat we organized afterwards :). 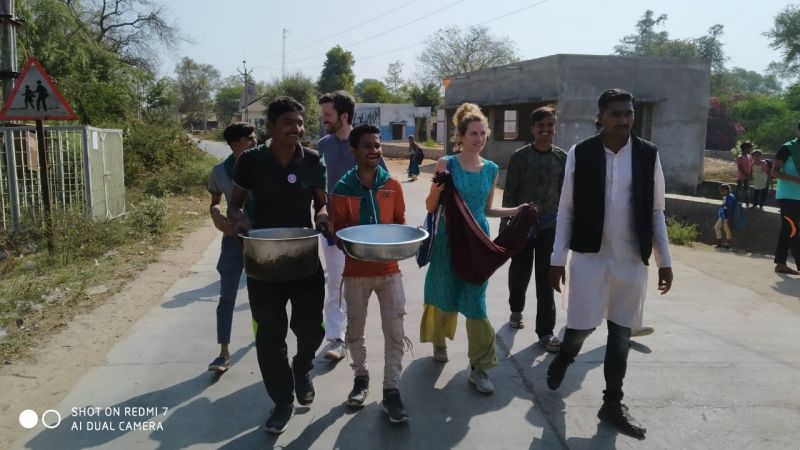 Jayeshbhai was explaining to me how the culture of these villages is the ground where experiments like Seva cafe /Karma Kitchen started. Here it's totally normal to go to somebody else's land and harvest their produce for yourself if you have a need. Nobody will think of that as wrong. They also feel it's normal to invite everybody home and treat them as God. 'Guest is god' they repeat with word and deed. It's also amazing to sense the openness of the so called 'private' spaces. Everyone feels invited if you are having a circle at someone's door, and that generates a beautiful atmosphere of family and trust. In few hours in one of these villages you will know mostly everyone and you will naturally feel part of a community.

One of such open-hearted people is our host Yala, a lawyer with a heart of gold. He created a place within his home to host pilgrims ! Since his home is in the middle of a pilgrimage path, he used such big part of his land to create a beautiful space for pilgrims to rest and sleep. In this culture it is totally normal to host pilgrims as a gift (people don't charge them for stay and food or time

, and that's what Yala is doing as well, hosting hundreds of pilgrims throughout the year in his own home in such beautiful spirit. He and his family were true teachers for us. Yala was waking up always first just to check if we needed something , and he was going to bed last, making sure we all had enough water, enough blankets or whatever needed. He would hide in a quite corner and go to bed after the last of us would go to bed ... He was constantly available for us, expecting nothing in return, with such joy... amazing man! And his entire family was also like that, preparing food invisibly, holding space for us, looking after us in every way possible.

Before leaving the village we had a circle with the family that hosted us and the feeling of gratitude and appreciation for each other was all-pervasive. We showered them with appreciation for the amazing generosity and hospitality and they were very touched by it all too, few of us ended up in tears. As Jayesbhai said: 'for some time it was heaven on earth'. Definitely they left a big imprint in our hearts ! All of them, the college students, the village neighbors, and the families that hosted us ! We love you ! Thanks dear ones ! 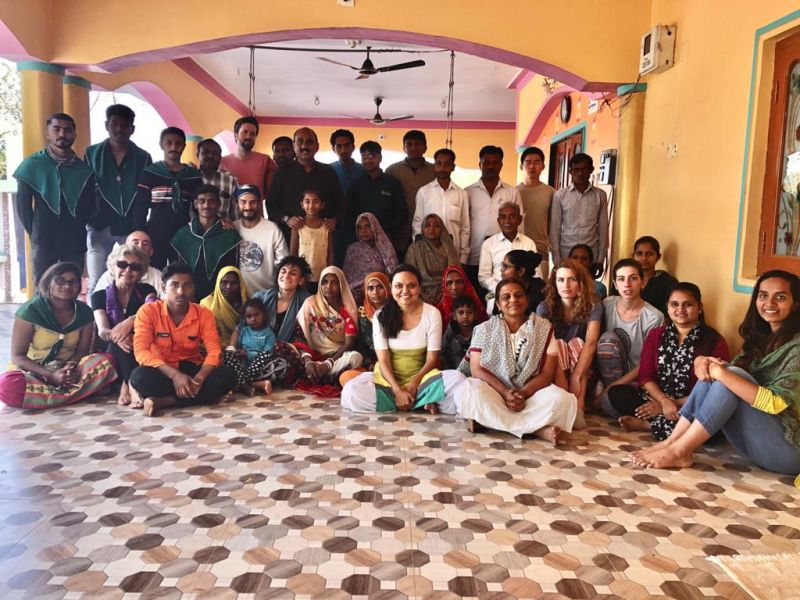 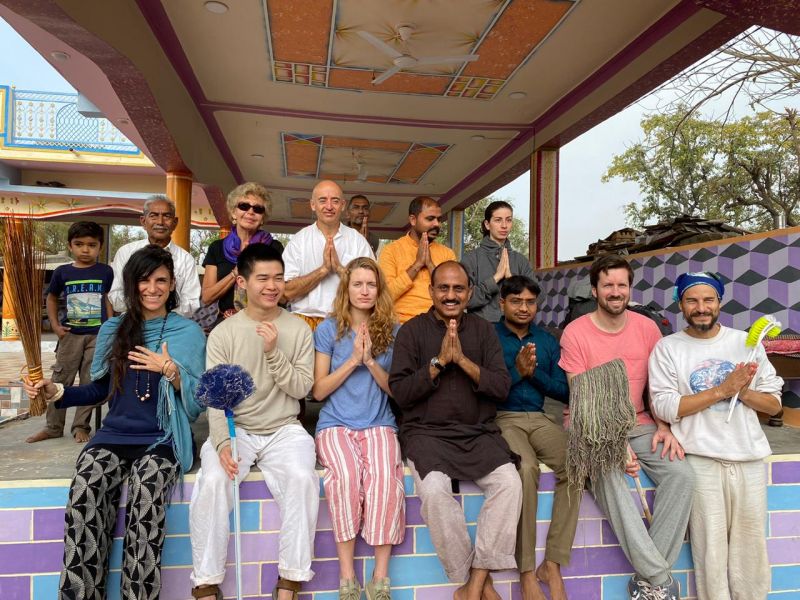 Before leaving we helped our hosts clean the space! 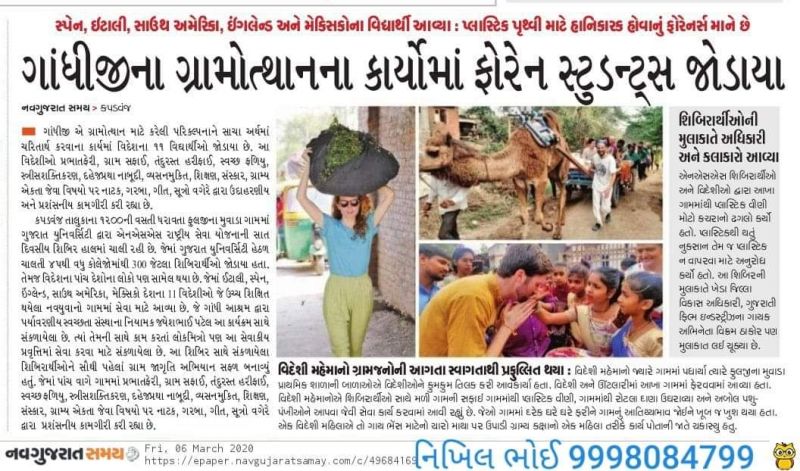 Love in the local media :).