[In a Laddership Circle last month, a dozen of us had a thoughtful-provoking dialogue around the topic of scale and ripples, where Naren shared this stunning story below!]

My dad was visiting us in the U.S. from India, and on the cold, winter mornings, he takes a walk. He's been a walker all his life. He's now 86 years old, and still gets up at 4:30AM and walks two miles. So he walks, and because it's cold, he walks in the mall. One time, he saw that there was a desk at the mall, where volunteers sit down to help. They simply see a board which says: "May I help you?"

For him, it was a new concept, coming from India for the first time. Something resonates in him.

That was almost 20 years ago.

As soon as he returns to India, he makes a small cardboard sign, which says: "May I help you?" in English, Hindi and Kannada. Then, he goes to a local hospital and sits there.

And believe it or not, he hangs that board around his neck, because they didn't have a table, and sits there.

Today, after 20 years, it's a 70+ person organization, composed of all senior citizens who are highly educated. And what does my Dad do? He helps the illiterate fill out the forms when they were admitted to the hospital. He shows them where the departments are, explains to them what is the difference between pediatrics and something to do with x-rays, in his own way.

One thing led to another. It was a ripple effect. Now it has become a movement, where he's almost there every single day. It has become the purpose of his life. In the process, he learned about body donation, this, that, and the other. And has lived that whole example by himself.

So that left me thinking, why do we always use stone as an example for a ripple? Why not the dry, light leaf? Why don't we say: "When a leaf drops, there is a ripple." 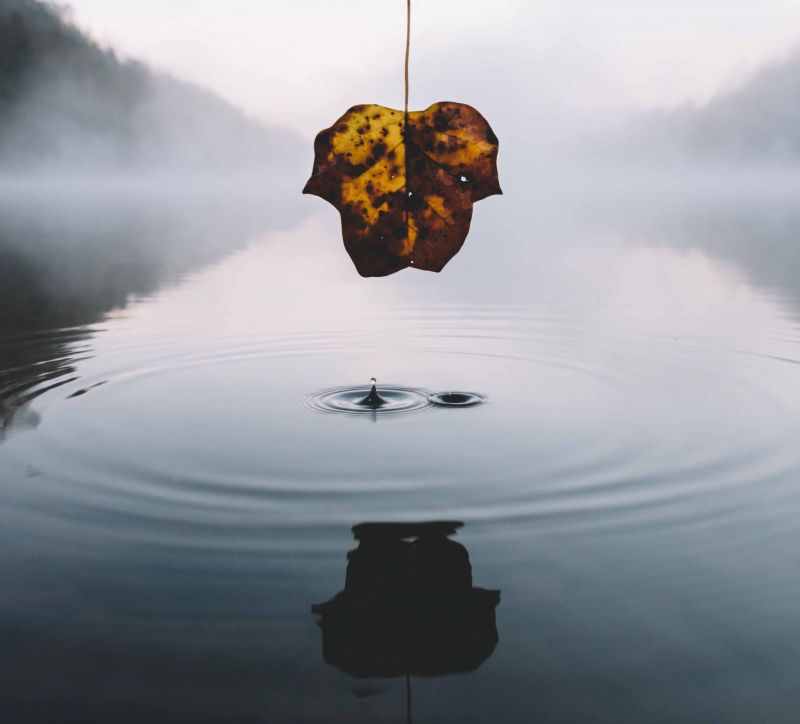 Smiles From 41 Members Login to Add a Smile