Last year, in September 2017, when Nipun was visiting, Awakin circles started in Vienna. Over the months, we continued the circle every other Tuesday -- although the momentum of the circles did drop. Just when it felt like we needed some inspiration to steer the circles towards its true essence, we had the Nipun's presence again last week!

On Wednesday 25th April, close to forty people came together and the same magic transpired, the wisdom was flowing that Nipun keeps spreading wherever he goes, and his unconditional love touched us all. We even had a little angel named Ashima magically land from Romania, and bring great light to our circle: 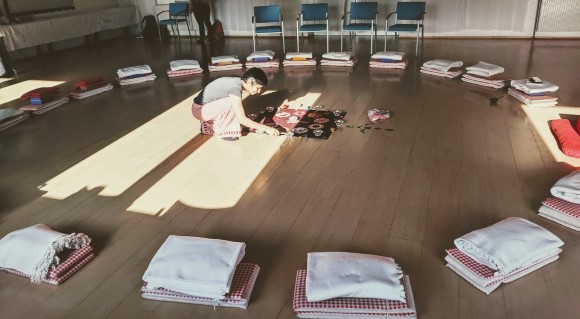 Sitting in silence for one hour was a new idea, and a challenging one, for many friends who meditated for the first time, but in the hour of sharing, they were truly touched by the acceptance, gratefulness, and love they felt. Franz, a young body builder who attended for the first time, later said, "I usually go from one concrete box to another. But within just ten minutes of being in the circle with all of you, I felt like this magnetic pull of joy -- almost like this vortex of atomic energy or something."

We went around the circle for a round of introductions, and then Nipun shared some stories from his experiences.

Once when he was in teenager years, Nipun happened to get into an embarrassing situation. His friend took him on a motorbike ride and went so fast over the bumpy roads of India, that Nipun had to throw up. As they were standing at the side of the road, a man who happened to pass by, took out a lemon from his bag, went up to a stall to borrow a knife, cut it in half and handed it to Nipun to ease his sickness. As fast as he had come, he had disappeared, not waiting for a word of thanks or anything else in return. This man looked very poor. Maybe the money for the lemon was all he had for the day. And he shared it, as he found it necessary to help this poor fellow. 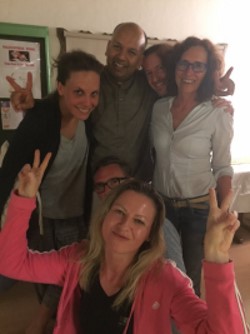 When he went back, Nipun felt he wanted to give like this man -- someone who could connect with the suffering of a stranger, offer his gifts, and just as easily walk away without the expectation of anything in return.

We spoke about our interconnectedness and of the power of many-to-many relationships. We felt moved to reflect upon the shift from "me to we". Many experiences were told, where people had witnessed this shift happen in their lives. Nipun's non-judgemental way of sharing his experiences and telling very authentic life-stories opened the space for us to trust, that the circle holds it all and that we can open our hearts fearlessly. Here, in the circle, we will not be hurt. We will be listened to with respect, understanding, and kindness. There is no hidden agenda. There are no strings attached to the gifts we receive from each other. Everybody’s story is an offering that connects to the experience of somebody else in the group.

One young man in the circle spoke about how he was on a train that got into an accident, and felt grateful to be alive. Later, another woman shared how she got 7 stitches due to an injury sustained because of the same train accident, and also felt grateful to be alive. It all seemed like perfect serendipity, because I was returning from Mexico and was very moved by their "death festival" -- and was also feeling grateful that we get a chance to be with each other. 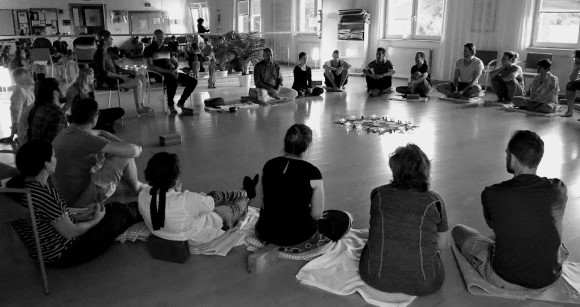 Many invisible ServiceSpace strands weaved through the circle. Marie and Martin were recently in Mauritius, and met Min and Alam, whom Katzi and Hermann had met at Gandhi 3.0 retreat two years ago. Sister Lucy always ends up being referenced in our circles, since she was the one who connected me to everyone. Alexendra had spoken on stage with Nipun at Wisdom Stockholm. Dirk shared how he's started to offer mindfulness training without any prices. Some DailyGood and KarmaTube subscribers were present. At least one person had taken Otto Scharmer's "uLab", which features various SSp modules. Martina said she had been following ServiceSpace content for five years. And of course, many friends had come last time as well. 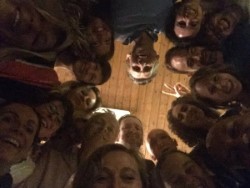 I will forever be grateful for this experience. THANK YOU, NIPUN! Thank you to all participants, volunteers and organizers! Many of the young people who attended this circle said that they will certainly join again, and I certainly feel grateful to have an opportunity to continue to learn how to "hold space for slow stories".

And this was just the first evening! The next morning, we had our first Karma Kitchen in Vienna; that evening, we listened to an amazing keynote speech by Nipun at a Sustainability Conference at the University; the following day, we had a full day retreat followed by another Awakin Circle in Eisenstadt.

Two and a half days of connecting with noble friends is truly a priceless gift.