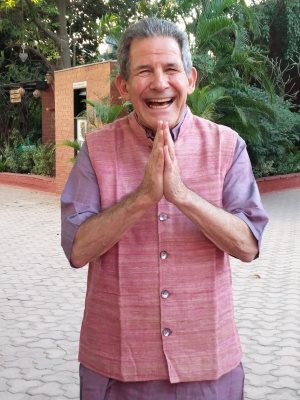 [Towards the middle of our Gandhi 3.0 retreat, we had a stirring Community Night at the Gandhi Ashram -- where Gary Zukav lucidly spoke to the crowd of 250 friends from around India. Through his books, Gary's message has reached millions and transformed the lives of many -- including mine. His books, Dancing Wu Li Masters and Seat of the Soul, were formative influences in my college years. Yet after having spent last couple days with him, I would introduce him as just a loving grandfather. Below is a lightly edited transcript of Gary's luminous remarks from the evening, on the Universal Human. He later remarked, "For the first time, I spoke of the Universal Human, which I have been writing a book about for thirty years. Gandhi's ashram seemed the perfect place to introduce the Universal Human because I think of Gandhi as a Universal Human when few existed."]

I want to ask you something, or suggest something. I suggest that you not believe anything that I say. I suggest that if you resonate with anything that I say, you experiment with it. See if it works or has value for you; and if it doesn't, throw it away. Actually, I suggest that you do that with anyone who speaks to you from a stage or has a microphone or has written a book or is on television. I've always liked to go straight to the heart, straight to the heart. Even before I knew what “heart” meant, I thought it meant to go to the very center, like the core.

So here's what I came to talk to you about. We are in the midst of an unprecedented transformation in human consciousness. Unprecedented. Our perception is expanding beyond the limitations of the five senses. Together, they form a single system whose object of detection is the physical reality. Now we are acquiring another sensory system: we are becoming multisensory. We are transiting from a five sensory species to a multisensory species, and this is happening very fast. From an evolutionary point of view, it will happen within three or so generations. Our evolution is no longer tied to the evolution of physical matter that's taken 40 thousand years. This evolution is happening in you.

So let me give you an example of what multisensory perception feels like. It changes your sensing or understanding of yourself. You sense that you're more than a mind and a body, that you have an immortal component. In the west, we would call it soul. Here, in India, perhaps you call it the Atman. Whatever the word, it’s what existed before you were born and will exist when you die. It changes your understanding of the world. It's no longer chaotic or good luck or bad luck. You don't have to pray for those things.

The world is symbolic and informational, and about what does it provide information? You. It changes your understanding of the universe. I wrote a book on physics, but the universe is not inert, which means dead. It is alive and wise and compassionate. All these things are changing and many of them have been known for a long time, for millennia. You know that too. But what's new is that now hundreds of millions of people -- and soon the entire human family -- will be multisensory. And multisensory perception changes everything. 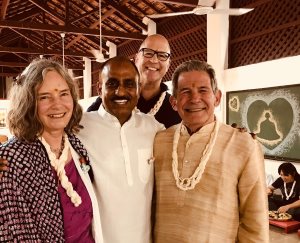 This is where the work comes in, because to align your personality with your soul you need to find every part of your personality that doesn't align with your soul. For example anger, jealousy, resentment, rage, superiority, inferiority, every obsessive thought like, “Oh, that's ugly,” or “I'm so ugly.” Every compulsion and every addictive behavior. All of those don't want to align with the soul. So, for convenience, we'll put them in one basket and we'll call it fear. And in short, we'll say these are the frightened parts of the personality that come and that originate in fear. And then there are other parts of the personality that are aligned with the soul, and we experience them as gratitude, appreciation, patience, caring, all of the universe. And we put them in this other basket and call it love.

So to align your personality with your soul, or to create authentic power, you have to distinguish this basket from that basket. It's actually pretty easy once you know how to do it, but that requires your emotions. In other words, creating authentic power requires the heart. It requires an intimate, thorough undertaking into your emotional dynamics. Once you develop emotional literacy, once you develop emotional awareness, you can distinguish this basket from that basket, because this basket always hurts when you experience it.

So when you put your attention into your chakra areas, you can tell if there is fear present in you, or love. If you feel painful physical sensations in the vicinity of a chakra, you know that's fear. If you feel open, good feelings and sensations, you know that's love. I'm talking about real, physical sensations. On the one concerning fear, it can be a stabbing, aching, throbbing, churning, compressing, constricting. Well, you know what pain feels like. Physical pain. This is the first step: emotional awareness. And emotional awareness is important because sometimes you don't know when a frightened part of your personality is active.

I remember once, when I was in San Francisco, I was sitting across the coffee table from someone I didn't know and he looked at me after I talked a while and he said, “Oh, you're jealous.”

I didn't really think about it, and I didn't like him saying that. But when I really started to get into it, he was right. So maybe that could happen to you, too. So your body will never lie to you. It will tell you when fear is present in you. And when love is present in you. Ah, now we start to cook with gas, because when you can distinguish fear from love, love from fear, then you can create your future consciously. You're all familiar with karma and that's that. It’s no more, no less than that. Karma: the great universal, impersonal teacher of responsibility.

So you know that if you act on fear, if you react, act as you have in the past like you're angry and you lash out at someone, you will create the consequences that you've created in the past. They'll be destructive and painful. And when you encounter them, if you still don't apply emotional awareness, you'll react again. And then when you encounter those, when you see what I mean, it can go on for weeks, months, years, lifetimes, millennia. But now, we are at a powerful moment. We're in a moment when we can inject consciousness into the point of choice because emotional awareness allows us to see that when we're experiencing fear like anger or jealousy, it's not coming from you, it's not coming from the unchanging ground of your being, it's coming from one part of your personality, it seems like the whole world. If you feel like killing yourself, that's coming from one part of your personality and you don't need to be controlled by it. You can reach for a healthy part of your personality and respond from that, it's a choice, every choice is a choice. But most people live their lives making their choices unconsciously that they get angry and they lash out. They get jealous and they withdraw or whatever they do. Now you can choose consciously. Now you're beginning to develop mastery in your life. 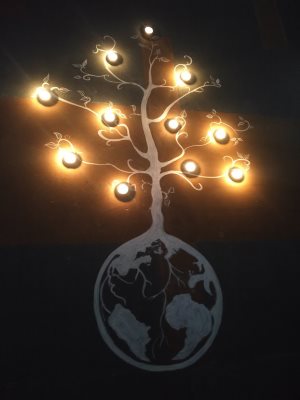 Like a great painter, your life is the canvas.

All of this that I've shared with you so far is a prelude. All of this gives us new potential. We're becoming multisensory. That's a gift. We're creating authentic power, if we choose. That's the work, and those things together are creating a new potential that has never existed before. And this is what I came to India to tell you about. It's the universal human that is our future, if we decide to create one. 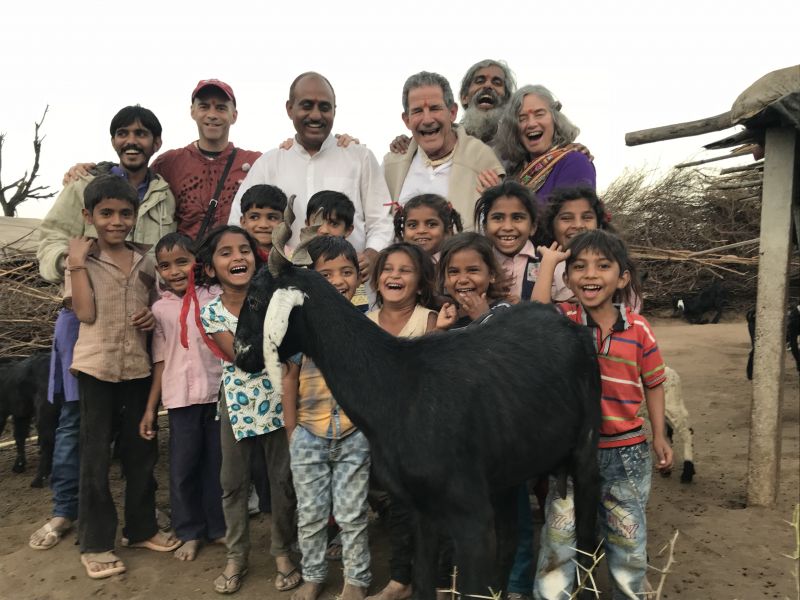 Smiles From 29 Members Login to Add a Smile

Amisha Harding: The Accidental Activist "Amisha Harding was reluctant to join the crowd after seeing how some protesters clashed with ... Read more

Jul 10: 99Bandar Online on 'The Extra "Ordinariness" of Wednesdays': "

Jul 10: Leela Kiyawat on 'Youth Who Matter': "Wow Sonya! How amazing to read!

Jul 10: Nisha Srinivasan on 'Freedom in Prison: A Story of My Great-Grandfather': "Precious..thank you Aryae.