We are so excited to have an amazing group of summer interns (Apurva, Isabelle, Maya, Shyama, and Sophie) and mentors (Amit, Audrey, Priya, Vishes and myself) this summer. This Past week we kicked it off with Week 1 Theme: Generosity, with readings, videos, and reflections on the Spirit of Service, Giftivism, and beyond by the one and only-- Nipun and the always, ever graceful Ms. Pavi. But First, let’s get a closer look at our interns and what inspired them to be a part of this summer’s Internship 2017.

Apurva had been introduced to ServiceSpace after Nipun had spoken at Jain Center in which he attended in Southern California. At that time Apurva was sixteen years old, but felt moved by what was shared around kindness and generosity. He signed up to receive Smile Cards and wanted to experiment with kindness and generosity for himself. Life took a busy turn for Apurva, but kindness was always there nudging him to go deeper within himself. Years later he found himself cleaning out his inbox, and discovered his emails from ServiceSpace. He wanted to come back to kindness and generosity, and immerse himself in the values, practices and community more broadly and contacted Audrey to see if ServiceSpace Summer Internship would be a possibility. And it was! We are so happy to have Apurva along for the ride! 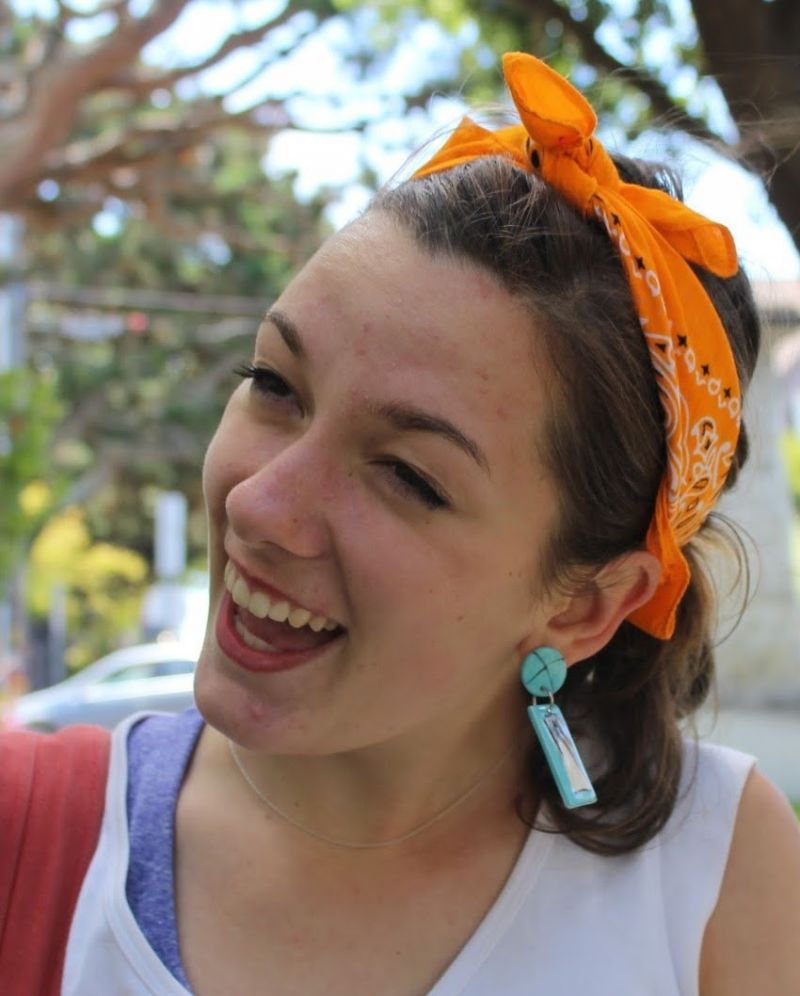 Isabel caught the kindness bug when Audrey, Anne V, and Vishesh had visited her school. She was inspired to start a kindness club and have her peers do Random Acts of Kindess, spreading all kinds of smiles and goodness around the school! Isabel is a sweet soul, who loves art and being in the garden. She recently took a summer job interning at Literacy For Environmental Justice, where she gets to spend more time outdoors with the plants and helping plan urban gardens for underserved communities. We are so overjoyed that Isabel is with us this summer!

Maya is following in her sister Priya’s (summer intern 2014, now mentor) footsteps as a summer intern, but shining her own light with her deep inquisitiveness and enthusiasm for all things ServiceSpace and KindSpring in particular! On her most recent birthday, she made gift bags for the homeless and passed them out. When you don’t find her out and about doing Random Acts of Kindness, you’ll find her tutoring 4th graders math and literacy. She has attended Awakin Wednesdays in Santa Clara. And also has a passion for the Arts and we will hopefully have a chance to see some of her art work later in the summer! Excited she’s with us this summer! Shyama was inspired by her family tree of kindness and service. Inspired by her mother who is a long time ServiceSpace volunteer, Shyama finally caught the kindness bug when her mother would frequently share with her the projects she is involved with. They would often listen to Awakin calls together. Although Shyama admits-as a self proclaimed slightly rebellious teenager, she didn’t quite understand the value of what her mother was trying to share with her. But after Week 1’s homework and reading assignment, Shyama was sold on the Summer Internship definitely being something she finds grateful to be a part of. Shyama has a heart of gold, as she writes letters to the elderly in her free time as well. We are ever so happy to have her presence in the group! 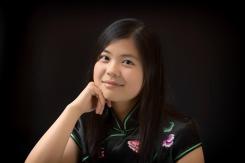 Sophie has spent many hours interviewing Rev. Heng Sure and many of the other monks at the Berkeley Buddhist Monastery and The City of Ten Thousand Buddhas. She will be the first to tell you how interconnected we all are, and by no coincidence came to know how interwoven the community is when she first met Nipun, whom she was awe stuck by and inspired by everything he had shared with her. Her curiosity led her to check out ServiceSpace even further, which led her to her daily ritual of reading DailyGood. She later met fellow ServiceSpace Volunteers Audrey and Birju who inspired her to apply for the Summer Internship. Sweet fact about Sophie: When she was only 15 years old, she immigrated to the United States from China, all by herself! Having been mentored by a couple of the Baha’I Faith, Sophie learned early on about selfless service. She became a mentor/tutor for young children who themselves immigrated to the US from China, giving them lessons in ESL and helping them prepare for higher education. Thanks for shining your light with us this summer Sophie!

We kicked off the circle with ‘highlights’ from the week and how our interns had a chance to see generosity in action. For Apurva, he had a chance to participate in an act of kindness towards his professor. Amidst finals, he noticed how his professor’s energy was beginning to ware thin. He and his college peers decided to take their much appreciated professor out to dinner at the end of the eve, and collectively treat him in gratitude for being in their hearts an awesome and kind professor.

For Isabel, starting her dream intern job was the highlight of her week, but specifically noticing how the employees and other senior volunteers would take her under her wing and show her things and have patience with her as she learned her way around her new role.

Maya found her generous heart finding creative ways to teach her 4th grader that she is tutoring. She had to come up with a curriculum all on her own to help him remember certain vocabulary. She had her little student act-out each word he was learning and pop quiz him throughout their lesson. Good thing for both of them, he remembered each word! And she found how rewarding it was for her too in the process when her whole heart was in it!

Shyama also started a summer job at Jamba Juice and within a week/two’s time got promoted! She attributes this to her mother’s generous advice on staying present and being in the moment, even when working on a task. She took mindfulness to work and the efforts of that have already paid off! She also added that “Everyday is a highlight in some way” –Well said Shyama!

Continuing along the lines of everyday highlights, for Sophie, it is the people she is surrounded by who are the ‘High Lights’ in her life. Finishing college, she looks back in deep gratitude to her life mentors and the ones who have taught her what service means. She also feels so very connected to her intern peers and mentors despite meeting most us virtually for the first time. Her sense of kinship and interconnectedness has already been present long ago.

Dialogue on the Theme of Generosity

For the second half of our time, we took a closer look at the weeks theme in detail. Amit started it off with a seed question inspired by Nipun's article, focusing on the edges around selfishness, and how to break the barrier of such. Vishesh zoomed in with offering a personal reflection to bring it all in motion- centering around a much common feeling shared among all of us—Fear. For Vishesh, he noticed just how much fear is a barrier to him being able to move from mind to heart when it comes to generosity. An example of such is when he would have sit alone during lunch hour. People would ask to sit with him and prior to reflecting deeper on his practices, he wouldn't engage with the people. But reaching a little further within as to what was the barrier; he noticed his mind would make up excuses. Breaking that pattern he found an ability to connect now with others during that time and part feeling more joyful from a short interaction.

Taking note in Nipun's and Pavi’s talks, Shyama noticed both speaking to fearlessness in selflessness. So we turned over to Shyama for further reflection. She noticed how Nipun on his pilgrimage gave up his material possessions but was still able to offer selflessly though his heart of service. And for Dr. V, she was impressed by his fearlessness in serving his community without a plan for scale or profit. Maya chimed in (after Audrey’s comment on “People with less give more”), stating that: “We see people with nothing giving to others” She inquired as to the motivation to selflessness. And in-turn almost answered her own question with the statement “But in giving, it makes you happy”.

Priyah then piggy-backed on the notion of fears around making internal shifts and how she has found from personal experience and evidence based research that committing to a 21-day challenge to make those shifts within has proven outcomes. Further adding “if you stay consistent, over time you will see benefits.”

Apurva shared in his homework reflection an overlap with sadness and selfishness. Further explaining that in a state of internal orientation, there is a selfish component and an unawareness of the orientation of others around you. One is too pre-occupied with their suffering. Her further drew inspiration from Nipun’s talk as well, and the notion for self-awareness and observation of one’s own mind as a means of detaching oneself away from selfishness.

Coming back to one’s own edges around generosity, and how and when it feels ‘easier to give’ Isabel added that for her giving feels more natural when she’s in an environment that nurtures and supports that kind of behavior. Feeling isolated at her college away from her ‘kindness community’ she did not always feel inspired to act from a more ‘open’ space. But still fought against the ‘norm’ in her new environment and would leave sticky notes of kindness messages throughout her college. A big take-away for her however, is that one must also be generous to oneself, in order to have "enough kindness to share with others".

Sophie closed the final round with a beautiful and insightful reflection: “We give so that the self-centeredness can cease” Further clarifying that “Suffering comes from self-centeredness, selfishness does not contribute to the energy of the community. Sharing is happiness.” She adds that she uses the word “light’ a lot, but truly does see the interconnected ‘Light’ in us all.

So there you have it, our summer interns of 2017. What a beautiful group it is! 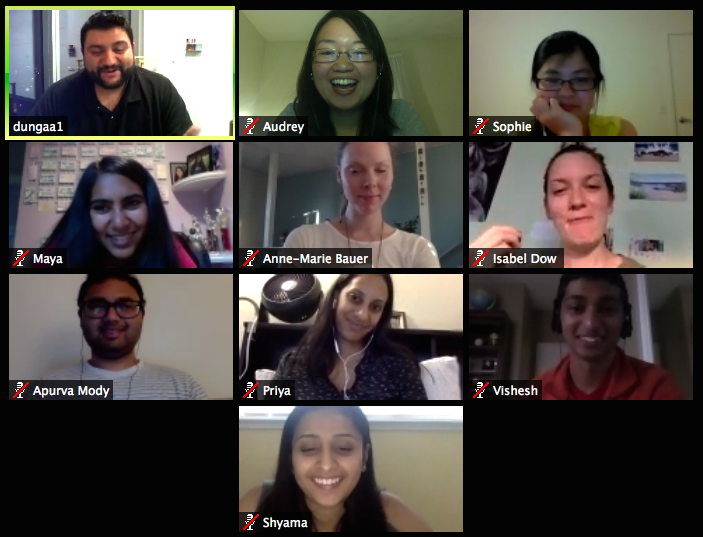 Sep 10: Adrienne on 'Sister Lucy Kurien: Always Room For One More': "What a beautiful and profoundly touching read.