[I was reminded of this story during last night's Awakin Circle.]

One time, I was with a bunch of strangers in India. I was giving a presentation, and power went out. It was in a dark hall, and I was with two other colleagues. I was so embarrassed because we had invited all these people here. It was a public talk, and we couldn't do anything about it. Our mic was gone. There was no light. Everyone's sitting here in darkness, and I was just like, "Oh my goodness."

You know, when the power goes out, you feel like you should be in control of it, because you're hosting the event. I was so embarrassed, and we just kept going on, talking in the dark, hoping people would stay. It was really ridiculous. I mean, there were no windows. Nothing. It was a dark hall.

All of a sudden, a man in the back put up his phone, and put the little light from his phone on.

Then, the whole audience of people come on, and everyone was shining their light of their phone on us. It lit up the whole hall.

And so I got out my phone and took a picture of everyone with their light shining at me: 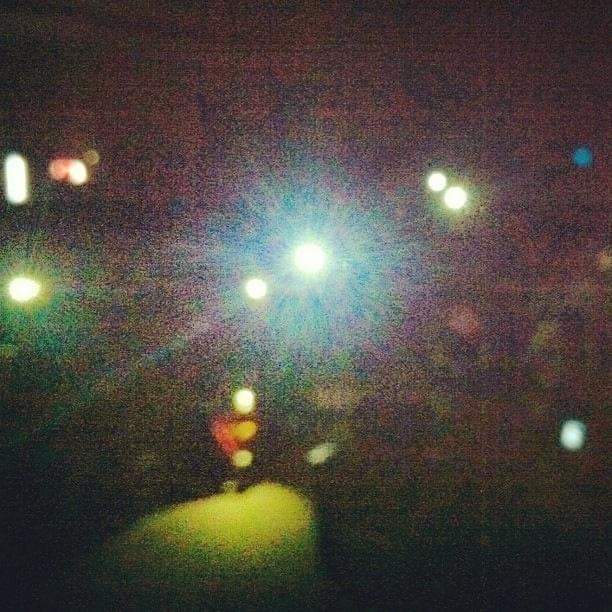 It was the most beautiful scene -- a feeling that we're all in this together. That it's not anyone's fault, we're just all here, and we're all supporting each other.

It was the most beautiful feeling of love from strangers I'd ever experienced.