[Here's one of the stunning stories shared by Rachel Naomi Remen in a recent circle.]

This story is about a guy who runs a large emergency room in San Francisco. Emergency room doctors are not soft and mushy. :) Whether male or female, it requires a great degree of toughness.

It was a very busy night in the emergency room. It was so busy that they got him out of his office to go down and actually get in the trenches and help. He wasn't there for a couple of hours and they got a call from an ambulance coming in. They were bringing a woman in active labor -- very active labor -- in. They were concerned that the baby was actually going to be born in the ambulance as they were transporting her. They wanted the team to know that this was coming.

So he went out to the ambulance bay, to meet the ambulance, and he brought two nurses with him. They had the packs for the delivery, in case they were needed. The ambulance arrives and they bring up the gurney with this woman on it. And he gets her to come down to the end of the gurney, does an examination, and yes, this baby is just about ready to be born.

He says to her, "You know, I've delivered probably about 300-400 babies in the time I've worked as an emergency room doctor. Your doctor's on the way, but if he doesn't make it before the baby comes, I'll deliver you. So you're here. It's going to be alright." 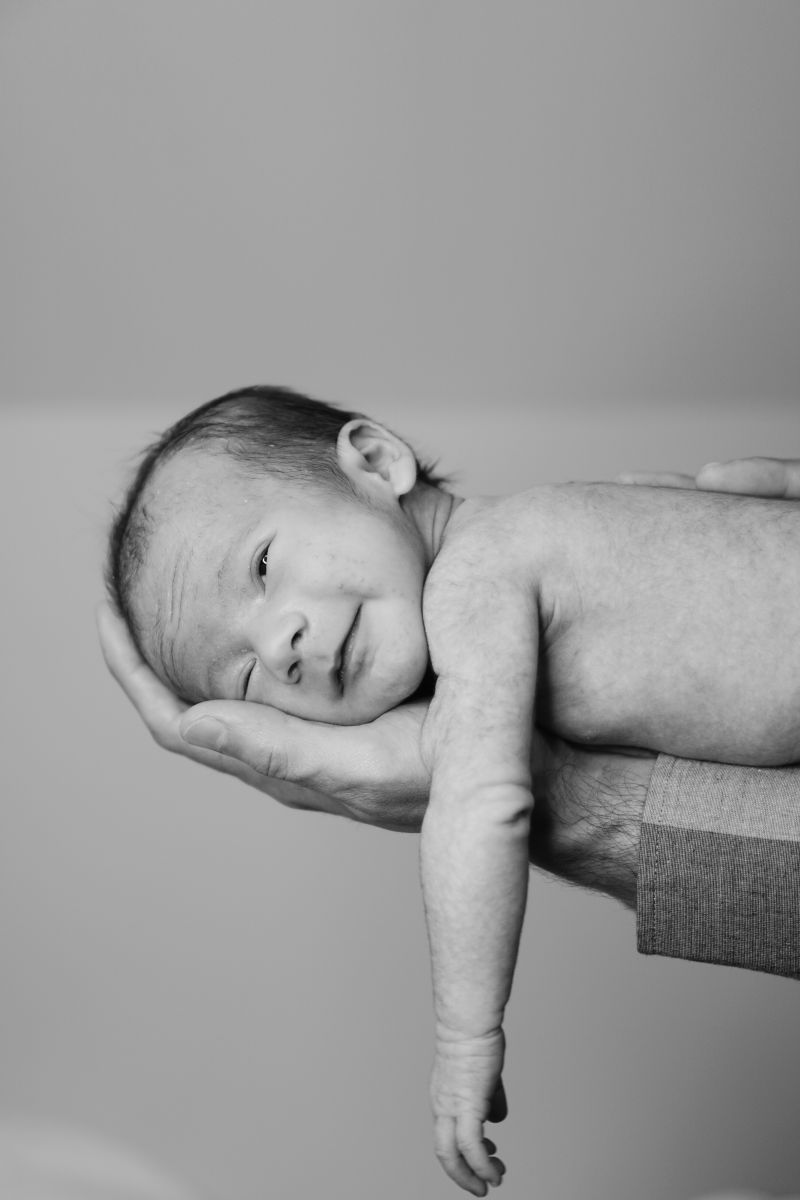 He barely finished talking and the baby's head began crowning. The nurses stood up (they're so heroic!) on either side of him. One had one leg of the woman on her shoulder. The other had the other leg. And he's standing there, and he delivers a little baby girl. Right in the ambulance bay. And it's perfect -- it's a perfect delivery. There's no chord around the neck. She's breathing spontaneously. He puts her on the back of his arm like he's been taught. He puts the back of her head here, and he lowers her below the placenta to get the most of the nourishment before he cuts the chord, and as he's doing this, the baby opens her eyes and looks deeply into his eyes.

In that moment, he sees that there's a look of what appears to be wonder on her face. And suddenly he's able to step past his usual way of seeing things -- because he'd been congratulating himself on what he calls his 'drop-dead skills' to be able to deliver under these terrible circumstances -- and he suddenly realizes, as she opens her eyes, that he's the first human being that this little girl has ever seen.

He feels his heart go out to her in welcome, from the whole human race.

A lot of his ways of seeing things just sort of fell off -- his cynicism, his irritation, his sense of what he was doing, even, fell away.

For a moment, tears filled his eyes.

He was stunned by the tears.

But it didn't make him incompetent. He continued... He cut and clamped the chord, put her on the mother's belly and turned her over to the pediatric resident, as usual.

But he told us that he felt totally changed by this experience.

He said, ordinarily, he would have been there as a doctor, but not as a fellow human being. He'd be there as a technician. He might not have even noticed the baby open its eyes, or what it meant when she looked deeply into his eyes.

There was a feeling that had come over him. And he didn't recognize what the feeling meant for two days. But he finally got it, what this feeling was. The feeling was one of gratitude -- for being the one who got to stand on the threshold of this world and welcome her.

He said he wonders how many other moments of inspiration and meaning he's missed in the emergency room. He says he's missed them all.

He thinks of that moment, when the baby opened her eyes, as a holy moment. And he began to wonder: How many other holy moments are there in this work? And what does it take to be able to look at them?

As he was telling us this story, he said, "They're everywhere. Everywhere. There are holy moments everywhere in this world. Being a physician is a work which has a meaning that goes way back in time, but we call is by another name. We call it lineage. It's a lineage of service to life. And we are doing this with our eyes closed. I have a front-row seat on life! So do you.

Don't sit there with your eyes closed."

It's not the amount of time something takes -- although that is a factor -- but it's about being able to experience a moment of that kind of time, right in the middle of the fray.

Smiles From 40 Members Login to Add a Smile