Last week, I found myself in a different type of conversation that probably I've been waiting for many years. I somehow had been trying to hold space for it, but it had never happened before.

I'm a father of three boys, and my middle son, Santiago, is 15 years old. He's a hardcore teenager. :) He's very silent in emotional aspects, and he's very loud in others. I've been trying for a few years to hold that space that he feels the trust that he can talk about whatever he want. I understand that between 13-16 years of age, as far as I remember, there's so many things happening.

Last Friday, was my birthday. My family took me to a beach, and just before we left the house, Santiago came to my office and he brought a little envelope with him. I honestly had no idea what it was.

He said, "This is for you, but if you are opening it now, I'm not staying here. I'm leaving."

I was very surprised. What is this?

Inside the envelope was a letter and a small origami. In the letter, he told me that, during special celebrations when he was younger, he never understood why I never gave him (in his own words) expensive toys.

He wrote, "You could have given me fancy soccer shoes or some cool gimmick, something digital."

But I always gave him a letter. I always wrote him some words, thoughts and wishes. 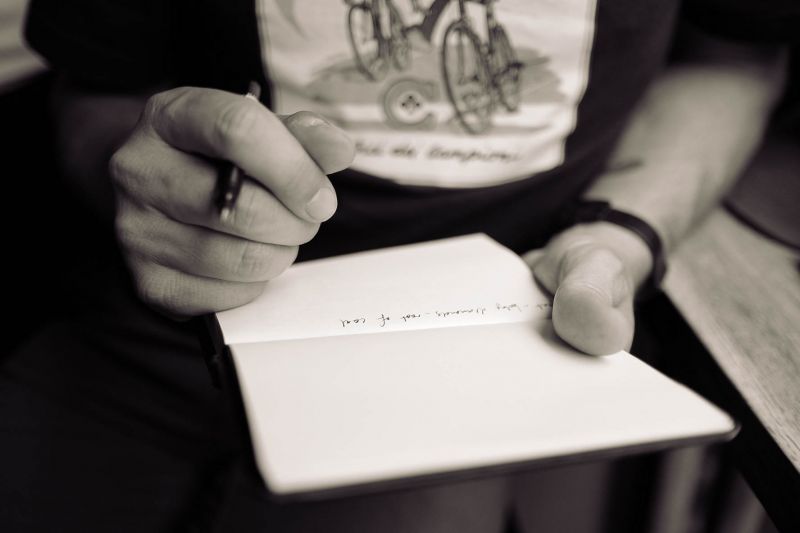 A couple of weeks ago I was walking together with my kids, and during that week something happen.

He wrote, "It's really like something dropped on my head. I understood that there are things that are much more important than anything else. And now I understand why you were always taking the time to write us letters for our birthday-- because time is the most important thing we have in life. I want to apologize for the feelings I had towards those letters you've been sending me. Today, I want not to give you a present, but to write you a letter, and to tell you that I really like the fact that you take the time to make time for me."

I understood that, actually, this conversation -- because this is a conversation that has gone on for many years -- it took place in such a different way. I was really shocked. Amazingly shocked. Because this is something I've been waiting for, for such a long time. The moment I understood that actually just being there, giving space, and not pushing it actually created the conditions for Santiago to come forward to share in this way.

And the origami was a heart, his heart :)

He said, "I'm not really good at drawing, but I'm good at doing this thing. It was amazing. A “conversation” I will keep forever in my heart.