Rethink. Refuse. Reuse. Went to a brief press conference at Berkeley Recycling Center earlier this week, where these three words served as a powerful rallying cry by 9-year-old students in Jacqueline's (aka Ms. Omania :)) 3rd grade class at Oxford Elementary. It was an honor to witness them, after having had the pleasure to visit them briefly last week when Nimo stopped by the school for a return visit, on our way up to Ukiah--as Xiao just elegantly and humorously chronicled. :)

Last week, upon arriving at the classroom, we were greeted with a mason jar's worth of trash. Hmm. :) The student greeter proceeded to tell us how that was the landfill-trash contents for the ENTIRE class for the ENTIRE year so far (about 150+ days). You know Nimo, not one to miss an opportunity to highlight the brilliance of children--the following picture emerged: 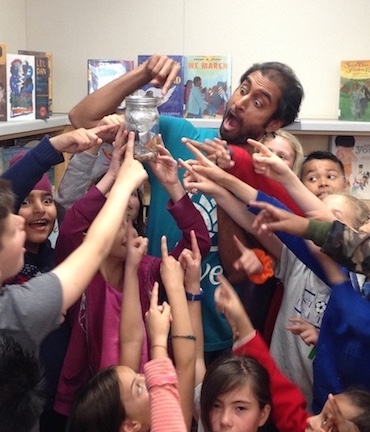 The classroom visit itself saw sharing from students, Nimo reconnecting with now-older students he and Audrey had visited previously, Nimo sharing a powerful new song based on "We Shall Overcome" theme...and as we were leaving, an invitation to join some of the students at a press conference in a few days, where they were scheduled to give speeches. Clearly, not an opportunity to pass up. 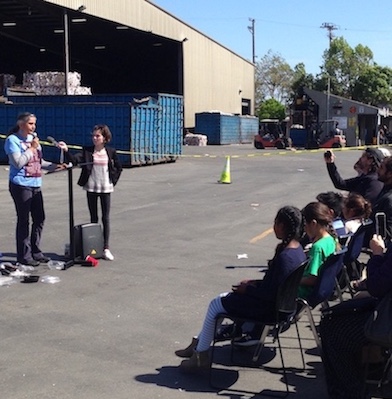 Four students spoke at the press conference, which was called to announce a proposed ordinance to shift away from disposable plastic and require reusable to-go ware for restaurants in Berkeley. Jacqueline offered inspiring background on how she started experimenting with a "zero-waste classroom" a few years back, slowly tracking trash accumulation, and over time moving from a half-dozen bags of trash in a year, to one bag of trash for the year, to now ZERO bags of trash (just that one mason jar).


Each student then spoke clearly and with ownership about their collective intentions and efforts: from being deeply moved and disturbed by seeing U.S.-generated plastic washing up on foreign shores (and posing a powerful question to adult law-makers: is this okay with us?), to feeling compassion for sea creatures who ingest and often die from plastic waste, to wondering about future generations. They spoke to a moment that clearly went beyond any one city or ordinance.

I remarked with Nimo afterwards how on the surface it was an unassuming gathering of a few dozen audience + press members, city officials, etc. but on another level it was future inheritors of our planet setting a national and global example for right conduct and compassion in action. (It certainly had me reflecting on my plastic use afterwards!) And an inspired teacher offering her students an empowering platform for inner and outer change. 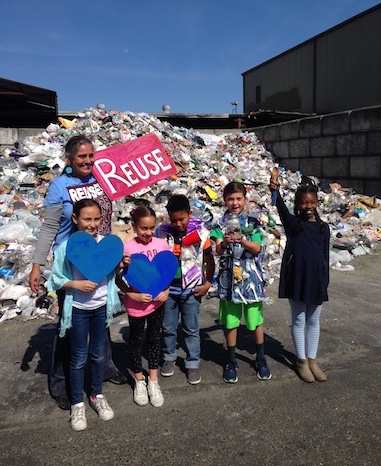 Coincidentally, a nice concise video featuring Jane Goodall was recently released, where she aptly noted "every single individual matters; every single individual makes some impact on the planet." And it goes even beyond that doesn't it? What individuals do with sincerity and authenticity ripples out to those around them; it's too simple to say "one person, one vote," because our choices have a social impact too (and perhaps even subtler impacts that are harder to measure/speak about). Bows to Ms. Omania's 3rd grade classroom for acting and sharing with compassionate and courageous spirits.