As some of you may know, Deven and I have been exploring ways to spread smiles in our daughter Simran's school in Auroville.

Earlier this week, her teacher reached out and asked if we could do a 45 minute circle with 17 kids in Simran's class. They are in the mixed age group of 9 to 12 years and come from different parts of the planet - India, Germany,  France, Italy, Spain, Australia, Brazil, Canada and Japan. :) 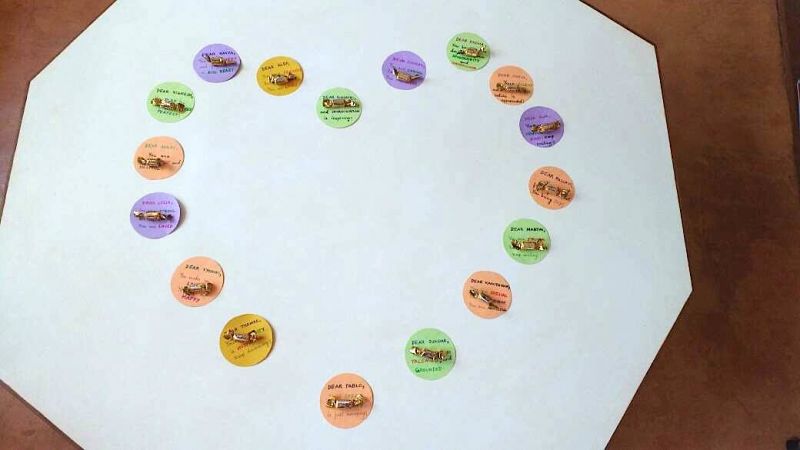 On Thursday afternoon, we circled up with the kids. Earlier that morning, Deven went to the their classroom and placed a personalized note for each child along with a toffee before anyone entered. It was a nice surprise as the kids walked in is what we heard later:) They thought the teachers did it and the best part was Simran was able to keep the secret :)

We began the afternoon session with the Kindness Boomerang video, then shared stories of Neil Thekdi's kindness experiments, and invited the kids to share.

Most of the kids opened up to share an instance when someone was kind to them or they were kind to others. Stories about a kind stranger offering a seat to sit in a crowded bus to someone's mom making yummy dinner to a 9 year old boy catching a venomous snake at his friend's house were shared:). One of the girls shared about a beautiful doll her teacher had gifted when she was a baby. The teacher she was referring to was actually sitting in the same room and had no memory of it - she was pleasantly surprised and all smiles!

Some kids were eager to share again, and they put up their hands three or four times :) 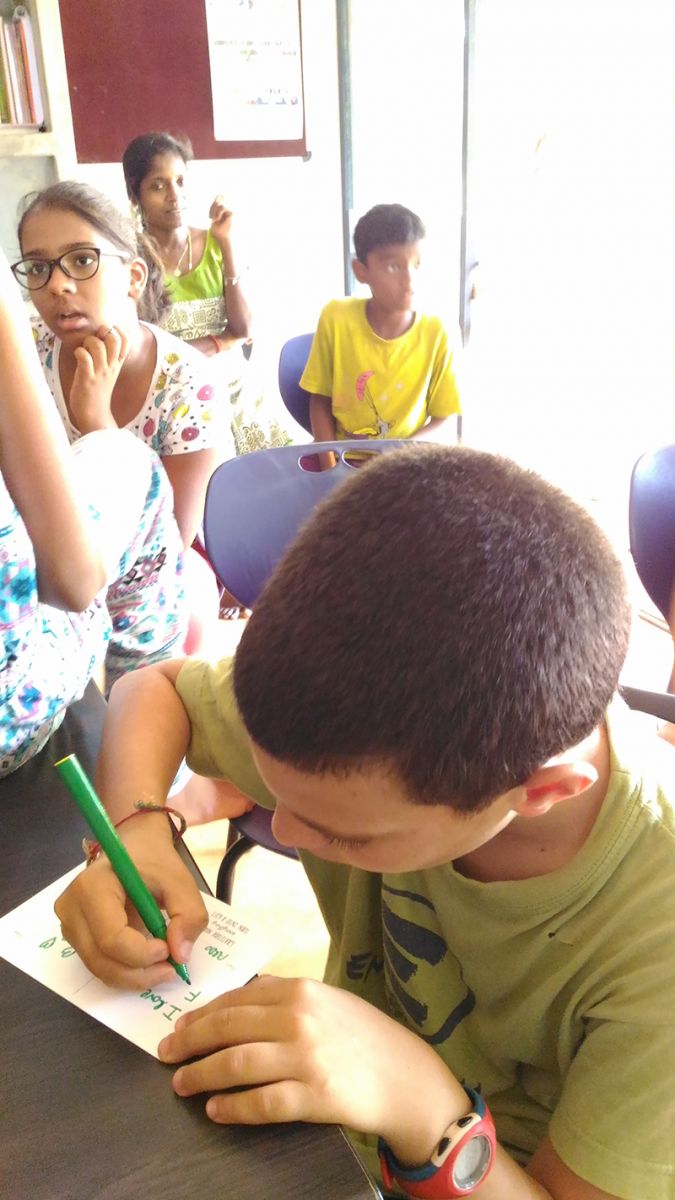 Followed by the sharing circle, a post-card with "You are Awesome" graphic (to sound cool for their age:)) was handed out to each of them and they wrote a note of gratitude to anyone they wished to thank.

I was touched when one of them with a hearing challenge, went up to her friend, who was sitting across the table and gave her the post card. Her friend was so happy to receive the note and they just hugged each other. Many of them wrote a note for parents while one decided to thank his archery teacher.

We closed the circle with dear Nimo's 'Being Kind' video.

Simran's teacher was quite happy to see the kids participate with enthusiasm and wanted to explore a 21-day Kindness Challenge once the school resumes in July.

She has some hand-picked cards from the Smile Deck for continuing the fun next week where each child picks one card, does the act of kindness mentioned on it, and shares the story in one of their morning circles.

We feel grateful for all the secret angels who made this happen.