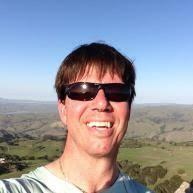 A Prayer For Self

Jun 11, 2020, 2 comments, 14 smiles A beautiful prayer I had shared last night from Larry Yang's article in this week's Awakin reading. May I be loving, open, and aware in this moment; If I cannot be loving, open, and aware in this moment, may I be kind; If I cannot be kind, may I be nonjudgmental; If I cannot be nonjudgmental, may I not cause harm; If I cannot not cause harm, may I cause the least harm possible. I love how Larry has scaffolded these values in which he strives to live, yet understands that at times he may come up short in one, so he moves onto something more doable. And if that doesn't work, he works his way to something that he can do. As I read it over and over, it reinforced in me how imperfect I am. And yet, at each moment, I am exactly the being I am supposed to be.

Innocent, But Not Ignorant

Nov 28, 2019, 4 comments, 14 smiles At the Awakin Circle last night, someone spoke of their equating of ignorance and innocence. Today, that hit me in a profound way. Above is a picture of Andy. I had made some cinnamon rolls this morning, as well as a potato dish, with the intention of offering it to anyone experiencing homelessness during this time. Andy was the first person that I met. I sat down with him and just listened as he told me his story, which included his mother and brother passing away; how his sister Susan had arranged for him to live in a trailer and how he left it, which made her none too happy. He just couldn't afford it anymore, though. I decided to ask Andy if he'd like me to help find his sister. He said he's tried but has been unsuccessful and hasn't seen her in a few years. After giving me her name ... Read Full Story

Mar 17, 2019, 3 comments, 15 smiles [In preparation for Arun Dada's visit, and his airport pick-up today, :) I was reading up on his mentor, Vinoba Bhave. Below is a profoundly inspiring profile by Mark Shepard, reprinted from this page, that all of you might enjoy as well. Originally excerpted and adapted from the book Gandhi Today: A Report on Mahatma Gandhi’s Successors.] All revolutions are spiritual at the source. All my activities have the sole purpose of achieving a union of hearts. --Vinoba Jai jagat!—Victory to the world! --Vinoba Once India gained its independence, that nation’s leaders did not take long to abandon Mahatma Gandhi’s principles. Nonviolence gave way to the use of India’s armed forces. Perhaps even worse, the new leaders discarded Gandhi’s vision of a decentralized society—a society based on autonomous, self-reliant villages. These leaders spurred a rush toward a strong central government and an industrial economy as found in the West. Yet Gandhi’s vision was not abandoned ... Read Full Story

Service Club Does Lemonade In The Park

Nov 04, 2018, 2 comments, 14 smiles A few months back, some students from a club that I advise approached me for some advice. They wanted some ideas on a service activity that they could do just as a club. Calling upon what I've learned from the process known as ServiceSpace, I started to think small and simple, but something that also involved interacting with complete strangers. I sent a couple of the members two stories. One was a group offering lemonade in the park as a gift, the other was about a Miles of Smiles activity. Holding up signs at a busy intersection sounded a bit dangerous to them, and maybe a bit too far out of their comfort zone, but they loved the idea of offering lemonade as a gift. The students brought a few gallons of freshly made lemonade and homemade brownies. I pitched in with some more lemonade, sandwiches, and homemade ginger snaps. 14 ... Read Full Story

An Order We Received Today

Sep 13, 2018, 16 smiles Some of you might remember the story from 2 years ago, but here is the ongoing ripples, the "nth force" in full effect ... My son was the one who introduced me to your group, as he unexpectedly passed away in an accident, and I found a Smile Card in his wallet. It's been 2 years since, and his birthday is in October. His kind deeds have exploded since the past few years! For his birthday, we want to spread kindness everywhere we can so need lots of Smile Cards! People are lining up to do this!! How cool is this!

Apr 29, 2018, 4 comments, 17 smiles Yesterday afternoon, a crew of folks gathered on the streets of San Francisco yesterday, to do random acts of kindness for Shiv's 23rd birthday! From writing cards to strangers and loved ones, to gifting snacks to passerby, to handing out socks to the homeless, the afternoon was filled with smiles. More stories to come, but here's a few highlights... While offering strangers tangerines, people at first would be suspect that there was some agenda behind it. But as soon as the words, "We're doing random acts of kindness for a friend's birthday" slipped out of our mouths, people's shoulders would lighten and they'd smilingly accept our gifts. One stranger responded, "For an act of kindness, I'll take it!" While walking down a crowded city street, a passerby somewhat pushed one of us in a hurry -- to which the immediate (unintended) reaction from one of us was "Thank you!" It's great to see ... Read Full Story