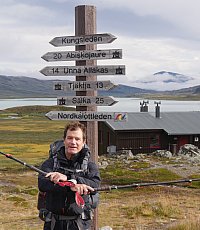 Apr 02, 2021, 3 comments, 4 smiles Last Saturday, Janessa and I had the privilege of hosting the Awakin Call with Susan Collin Marks. When apartheid broke down, a new system had not yet been born, and South Africa was navigating the vacuum in between. Susan Collin Marks stepped in, working as a peacebuilder during her country's transition from apartheid to democracy. The sole woman on the executive committee of Cape Town's Regional Peace Committee, she was literally on the front lines of the transition, placing herself between armed police and angry protestors, once shot in the leg by a rubber bullet. She helped push the shift from a military-style police force—based on control and aggression—to a community-based police service based on connection and cooperation. For 25 years, as vice president and then senior ambassador of DC-based Search for Common Ground -- the world's largest peacebuilding organization nominated for the Nobel Peace Prize in 2018 -- Susan has helped ... Read Full Story

Susan Collin Marks: Wisdom & Peace In A Time Of

Mar 24, 2021, 4 comments This week's Awakin Call guest: 'Susan Collin Marks: Wisdom & Peace In A Time Of ConflictReflection questions: Have you ever stood in the vacuum between an old system breaking down, without a new system having been born? How did you navigate peace during the transition? In what areas of your life do you feel a need to build greater peace, and what are some innovative ways of doing so?

Jan 23, 2021, 3 smiles Last Saturday, we had the privilege of hosting Awakin Call with Laura Emiko Soltis. Dr. Laura Emiko Soltis is Executive Director of Freedom University, an award-winning, modern-day freedom school for undocumented students banned from equal access to public higher education in Georgia. With the aim of “ending modern segregation in higher education,” Freedom University provides classes, assistance and social movement leadership development for undocumented students. Through nonviolent civil disobedience, policy and legal campaigns, Emiko seeks to change college admissions policies and transform the public debate on immigrant justice and undocumented student access to higher education. “We believe that radical, democratic change in education occurs through grassroots mobilization of teachers and students and the empowerment of those most directly impacted by injustice," Freedom U's theory of change says. Consciousness development is key to its liberatory education model, and the focus of Emiko's work. Below are some of the nuggets from the call that ... Read Full Story

Dec 30, 2020 This week's Awakin Call guest: 'Laura Emiko Soltis: Liberatory Education For UndocumentedReflection questions: Can you recall how shifts in consciousness within you have contributed to your liberation? What was the role of formal education in those shifts?