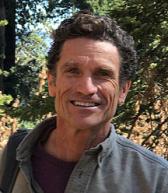 I'm joining Service Space because ... I wish to gift more to the world and interact with like minded souls.

A good day to me is when ... I'm under the sky, feel the movement of the air, and give and receive smiles.

My hero in life is ...Nipun Mehta!

One thing I'm grateful for is ... my mother.  I was blessed to have a mother who had a deeply lovingly kind heart.

Dec 27, 2020, 1 smiles Last Saturday, we had the privilege of hosting Awakin Call with John Kinyon. John Kinyon works to advance human connection and cooperation through empathic communication and nonviolent mediation. He applies the work of Marshall Rosenberg, the founder of the global “nonviolent communication” movement, to the practice of mediation. For Kinyon, Rosenberg’s approach represented a perfect marriage of the two streams of his personal motivation and inspiration: the work of American psychologist Carl Rogers, which since grad school had represented to John a “simple but powerful way of thinking about therapy and how to be with people”; and the social-political nonviolent change work of Gandhi. Kinyon has been practicing mindfulness, meditation, and consciousness traditions (including the poetic tradition) for over 30 years. He drew on these to develop an approach for coaching disputants to use mindful empathy to penetrate the positions that appear to conflict until they experience the underlying human needs. Below ... Read Full Story

Dec 09, 2020, 1 comments, 1 smiles This week's Awakin Call guest: 'John Kinyon: Mediating Our Lives With Nonviolent Communication TechniquesReflection questions: How do you remain in touch with your needs as you mediate conflict within yourself and with others?

Jul 17, 2020, 4 smiles Last Saturday, we had the privilege of hosting Awakin Call with Stephen Loyd. “I’m Steve Loyd, and I’m hurting,” Stephen Loyd, M.D., began in one of his first 12-step group meetings. His addiction to pain pills had escalated to about 100 a day by 2004 when his father intervened. “I’m gonna lose my wife, my family, my house and cars,” Dr. Loyd said when confronted. "None of that stuff’s gonna do you any good if you’re dead,” his father said. It was a hard road to recovery, but it led Dr. Loyd on a path that eventually had him rising from addict to Tennessee's "Opioid Czar" from 2016-2018. He is a recognized thought leader and clinician with decades of experience in internal medicine, mental health, and substance abuse service and a tireless activist for those living with addiction and co-occurring mental health disorders. Experiencing addiction first-hand has allowed him to develop ... Read Full Story

Jul 08, 2020, 2 smiles This week's Awakin Call guest: 'Stephen Loyd: Healing Opioid Addiction In AppalachiaReflection questions: From which physical, mental or emotional afflictions or addictions have you suffered, and how has your recovery from those conditions allowed you to support others?

Jun 03, 2020, 1 comments, 4 smiles Last Saturday, we had the privilege of hosting Awakin Call with Graham Betchart. Graham Betchart is on a mission to normalize and popularize mental skills training. A leader in the mental performance field, he is co-founder of Train the Mind, the first ever online mental training gym for student and professional athletes, executives and leaders. Graham has spent over fifteen years training the minds of some of the nation’s most elite basketball talent and athletes at all levels -- from high school, to USA Top 100 camps, to collegiate athletes, to the NBA -- including three #1 NBA draft picks (Ben Simmons, Karl Anthony Towns, and Andrew Wiggins). He has been noted as one of the most influential, yet under the radar, mental performance professionals in the world. The core of Graham’s methodology draws upon meditation, visualization, and present moment awareness practice; he captures the essence of those practices into easily ... Read Full Story

May 27, 2020, 2 smiles This week's Awakin Call guest: 'Graham Betchart: Improving "Next Play Speed" & PresenceReflection questions: Our guest this week is a mental skills coach, author, and entrepreneur who draws on ancient practices to help athletes and peak performers improve their “next play speed” -- how quickly they either bounce back from a disappointment or else re-ground after a triumph, to once again have their entire focus on the present moment. What is your next play speed?

Apr 19, 2020, 4 smiles Last Saturday, we had the privilege of hosting Awakin Call with Stephanie Nash. Below are some of the nuggets from the call that stood out for me ... Stephanie grew up in the woods and was used to being alone in nature. She took “people fasts” staying in nature, mostly sitting still (influenced by her vision quest, where she sat alone in one spot without food or water for four days.) Being alone in nature nurtures and feeds her. She has gone 1-3 weeks each year for 30 years, with the last 20 in the same location. It’s integral to rewiring her nervous system. She also calls immersing herself in nature “being in ceremony.” We forget that we are nature. So being one in nature heals us and our nervous system. In nature, she changes her relationship with animals, and becomes one with the clouds and ... Read Full Story

Mar 05, 2020, 1 smiles We recently had the privilege of hosting an Awakin Call with Chip Conley. Chip Conley is an iconic boutique hotelier and entrepreneur who helped Airbnb's founders turn their tech start-up into a global hospitality brand. After selling the company he had started at age 26, Chip found himself working with millennials, including as mentor to the Airbnb CEO. He embarked on a “mid-life” journey -- from being a seasoned expert in his field to being “a newbie among tech geniuses” -- and eventually discovered both that he had much to learn in the form of digital intelligence (DQ), and much to impart in the form of emotional intelligence (EQ). A life-long meditator with bestselling books at the intersection of psychology and business already under his belt, Conley – inspired by his intergenerational experience of being both a mentor and an intern (a “mentern”) in his 50s – wrote a new manifesto ... Read Full Story

Chip Conley: The Making Of A Modern Elder

Feb 26, 2020 This week's Awakin Call guest: 'Chip Conley: The Making Of A Modern ElderReflection questions: Our guest this week points to the need for a "great midlife edit" to eliminate spiritual and financial baggage, moving from a "can do it" to "conduit mindset," and recommitting to personal learning in order to regain purpose, security, and happiness after age 50 -- in an age where power is growing 10 years younger and we're living at least 10 years longer. How have you navigated the transition to being an elder?