Stickers are a mark of childhood, bringing back wonderful memories every time they are received. That is what Arushi Gupta, a high-schooler in San Jose, California, is trying to do with First Ray Designs, a small business that specializes in making stickers, by putting smiles on everyone’s faces. Recently, I spoke with Arushi about her inspiring efforts to help put a smile on the faces of children in hospitals.

When Arushi was younger, she had fourth-nerve palsy, leading to many hospital visits at a young age. However, despite the stress and unhappiness of going to the hospital so often, it was the small things that lifted her spirits- the stickers she got after her appointments and the lollipops that were gifted to her. Arushi became inspired to start First Ray Designs, an artisanal sticker company, during the COVID-19 pandemic, when hospitals were overwhelmed with the number of sick patients and it seemed that hope was far away.

Since elementary school, Arushi had been doing a lot of public speaking and leadership, and her first step into business was a summer camp called MIT LaunchX, which nurtured her love of business. Additionally, some of her other hobbies include graphic design, art, and entrepreneurship, so she decided to start a sticker company that blended all her favorite things.

However, the journey was not without its difficulties. Originally, Arushi wanted to make First Ray Designs more business-based, but she quickly realized that sales were quite hard to get, and they started to overshadow her original motive of starting the sticker business -- making others happy. Therefore, she decided to change her vision and focus on donating the stickers to hospitals rather than focusing on selling them for money. In order to make extra money to fund her sticker making, she started tutoring more often to earn money, and decided to start donating more stickers to hospitals. 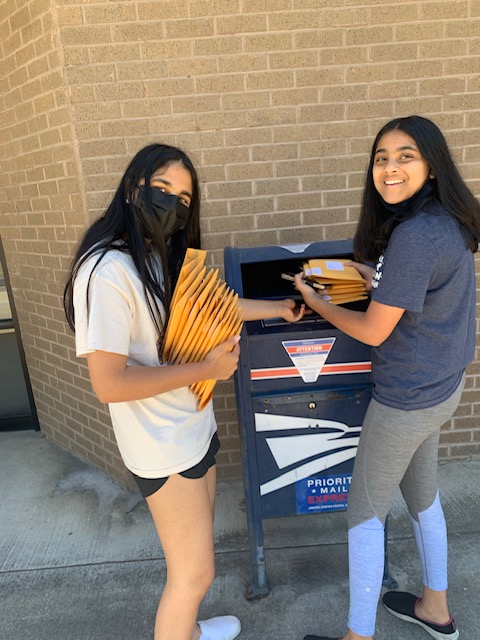 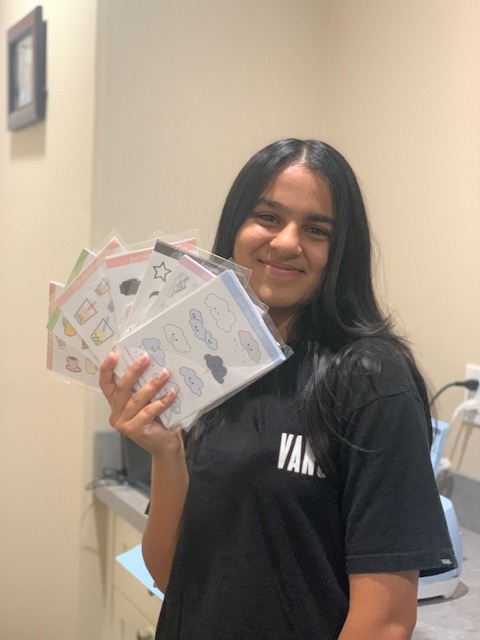 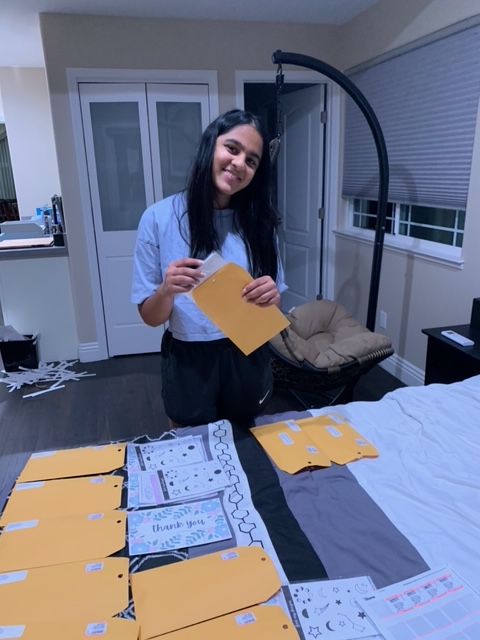 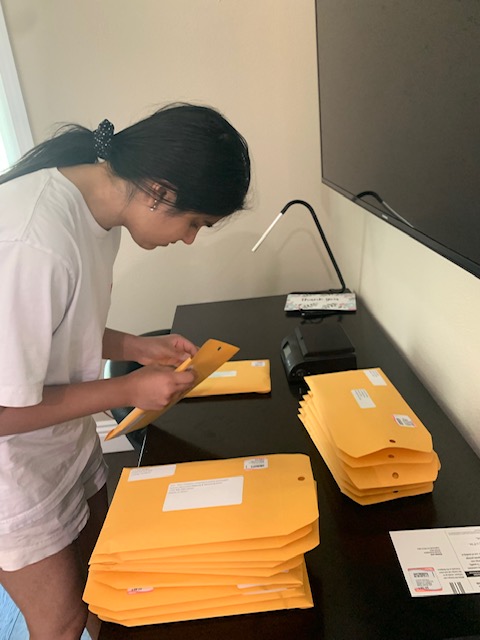 The most important lesson Arushi has learned from starting First Ray Designs is to never give up, despite the challenges and setbacks she has faced. Her end goal is to help people by donating stickers to hospitals, and there are many things that motivate her to keep going with her business. What motivates her the most is the emails and letters she gets back from the hospital, telling her about how much the children enjoy the stickers and how large of an impact they have on their overall happiness. In fact, hearing back from the children and hospitals is Arushi’s favorite part of First Ray Designs- knowing that the stickers she makes are being used to benefit others and bring a smile to their faces. As she says, “Ever since I got into the donation of stickers, I started getting a lot of appreciation from the hospitals about how much the teens and tweens were enjoying the sticker packs, and that was one reason that kept me going.”

All of the stickers sold on First Ray Designs are completely handmade, with socially relevant and creative designs that appeal to teenagers, including coffee stickers, boba stickers, and even stickers that you can customize yourself. All of the proceeds from sticker sales at First Ray Designs are used to benefit childrens’ hospitals around the country, with 50% specifically benefiting the Recreational Therapy Fun Fund at Lucile Packard Children’s Hospital Stanford, and the remaining sent to St. Jude’s Children's Hospital and UNICEF USA. Additionally, boxes of stickers are donated every month to more than 20 children’s hospitals around the country, and so far, more than 111000 stickers have been donated. Some of her goals include expanding the business to collaborate with and donating stickers to more hospitals, as well as donating at least 200,000 stickers in the next few months. Additionally, when the pandemic ends, Arushi hopes to be able to deliver stickers in person to the hospitals.