Last Tuesday, Ocean and I had the honor of hosting a Teen Awakin Call with Nimo Patel. Part of a project for the 2021 ServiceSpace summer internship, this Teen Awakin Call was structured similar to a regular Awakin Call but was primarily for teens to listen and ask questions.

Nimo Patel is a rap star who works with kids from underprivileged communities in India. He attended Wharton business school and rose to stardom in his early twenties. However, after witnessing an inspiring performance by these children, he realized that his perceptions of blessings and happiness were slowly becoming redefined.

For the past dozen years, Nimo has been serving and working with the underprivileged communities in the Gandhi Ashram in India, giving them wisdom, care, and unconditional love. From an Ivy League education to Wall Street to fame and fortune as an MTV rap star, Nimo realized that he was walking a path of suffering and that the only path to light was through selfless service to others and his own internal purification.

Most recently, Nimo has reconnected to his roots of music and is offering this gift of love, peace, and oneness through his songs: an offering he calls 'Empty Hands Music'.

During the interview, Nimo graciously answered around 13 questions from us as well as some of the audience. Here are some of our favorite highlights from this call! We are so honored to have the chance to interview such a remarkable person and we are so inspired by his music and personal experiences! Thank you, Nimo, for taking the time to answer our questions and we hope you enjoyed the conversation as much as we did! 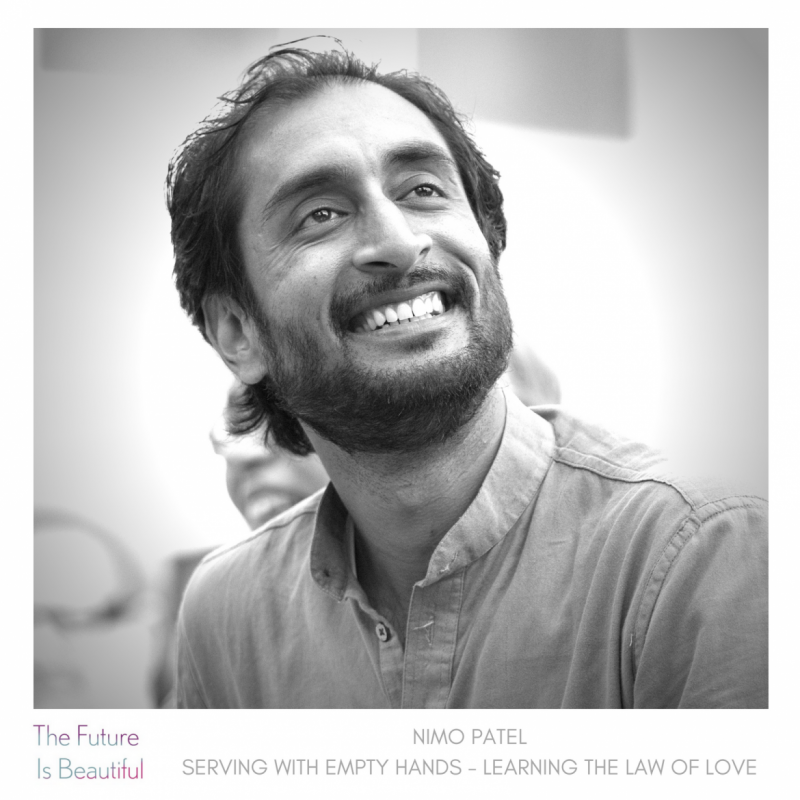