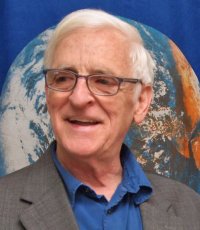 We had the privilege of hosting a second Awakin Call with Matthew Fox.

Last November, Matthew Fox had a riveting (and too brief) Awakin Call with us on the topic of "Fidelity vs Faith: Bowing to the Heart Over Authority." Matthew is a scholar of mystic spirituality whose theology was systematically singled out and denounced by two successive Popes, only to see a third Pope incorporate it into Church doctrine. Now he returns for a deeper exploration of his powerful views on the divine feminine. His most recent book, Julian of Norwich: Wisdom in a Time of Pandemic--and Beyond, is about a female medieval mystic who lived through the plague of the Black Death, drawing out timeless wisdom relevant to our modern COVID-19 era. "A theologian way ahead of her time," he writes, "Julian develops a feminist understanding of God as mother at the heart of nature’s goodness."

About the January 6, 2021 storming of the Capitol, which took place on the Epiphany: "So on this holy day of the Epiphany, there is this other epiphany that occurred, and that is the shadow side of American culture, which, I would say, is the reptilian brain out of control. ... It was not just that six innocent people died and that our representatives had to literally run for cover. There's great trauma in that. I think they are going to be traumatized for a very long time. Many of them are old, and of course, some have gotten sick from the coronavirus because they were packed together and a certain political party doesn't suggest that it's a good idea to wear a mask during the coronavirus. So the lies pile up. I wrote a haiku this week in response to all this:

On Toxic Masculinity and the Divine Feminine: On His Journey, Mysticism, the Inner Journey and Intuition: Lots of gratitude to all the behind-the-scenes volunteers that made this call happen!

Painting A Protest #standwithfarmers Since September of last year, hundreds of thousands of farmers across India have been protesting ... Read more

Feb 25: viswa on 'We All Benefit When We Design For Disability': "good information everyone should have to read...

Feb 23: shreya on 'Nuggets From Aqeela Sherrills's Call': "this is very good blog