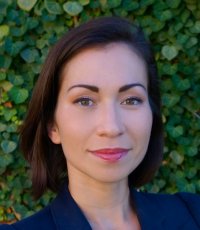 Last Saturday, we had the privilege of hosting Awakin Call with Laura Emiko Soltis.

Dr. Laura Emiko Soltis is Executive Director of Freedom University, an award-winning, modern-day freedom school for undocumented students banned from equal access to public higher education in Georgia. With the aim of “ending modern segregation in higher education,” Freedom University provides classes, assistance and social movement leadership development for undocumented students. Through nonviolent civil disobedience, policy and legal campaigns, Emiko seeks to change college admissions policies and transform the public debate on immigrant justice and undocumented student access to higher education. “We believe that radical, democratic change in education occurs through grassroots mobilization of teachers and students and the empowerment of those most directly impacted by injustice," Freedom U's theory of change says. Consciousness development is key to its liberatory education model, and the focus of Emiko's work.

Below are some of the nuggets from the call that stood out for me ... Thank you Emiko!

Painting A Protest #standwithfarmers Since September of last year, hundreds of thousands of farmers across India have been protesting ... Read more

Feb 25: viswa on 'We All Benefit When We Design For Disability': "good information everyone should have to read...

Feb 23: shreya on 'Nuggets From Aqeela Sherrills's Call': "this is very good blog