Joseph Ferdinand Cheval was born in the southeast of France. Coming from a poor farming family he left school at 13, becoming a baker's apprentice before changing careers to be a rural postman at 31.

His personal life was marred by loss. Joseph married at 22 and later had two sons, one of whom died at the age of 1. His wife died when he was 37.

In astrology, Saturn is the archetype of the sage which uses pain as a means to shift our attention on what we should focus on. Consider the restriction we have collectively felt during 2020 with Saturn being in its home sign of austere Capricorn. Sure, we might be missing international travel but if the consequences of vast economic inequality and environmental collapse are staring us down, what is ultimately of greater importance?

Cheval had his Saturn placed in the 7th house, representing marriage or partnership. It was in the sign of Scorpio. This meant that he would have a life where there was a lot of difficulties forming a connection and interacting with a partner. With Scorpio being the most private of the signs, Joseph struggled to reveal his deep inner life to a partner.

The sum of his date of birth digits (born 19.04.1836) is 32. Numerology suggests that his life path involved learning how to communicate (number 3) in a co-operative/open hearted manner (number 2).

Seeing the film version of his life illustrates these elements.

The positive side of Cheval’s Saturn placement is being tremendously loyal and recognising how a healthy relationship is integral to one’s happiness. It can be difficult for people with this placement to find love, but if they do, Saturn influences them to be committed and never blasé in matters of love.

Saturn in Scorpio - unsettling Saturn meets the intensity of Scorpio
Scorpio is the archetype of death and rebirth or transformation. Upon remarrying at 42, his life trajectory changed monumentally.

The following year his daughter Alice was born, helping to chip away some of his grief and despondency.

Joseph had an extraordinary amount of Aries energy in his astrology chart, over half of his planets being in the sign.

His sun was in the 1st house, which is Aries home territory, amplifying its power further. With Aries on his ascendant, he viewed the world through a pioneering lens.

When the element of fire is dominant in your astrology chart you are gifted with intuition, high energy, courage, self-confidence and enthusiasm. Aries is intent on asserting themselves and achieving their dreams. Being one of the Cardinal modes, Aries is driven to initiate and make things happen.

The planet Mars indicates how we assert ourselves in the world, while Mercury captures how we think and communicate. With both of these planets in Aries and the realm of the 12th house (imagination, dreams, collective unconscious), he was destined to design a great project and it was always going to be an unusual one.

“What can you do when you always walk in the same setting, if not dream? As a distraction, in my dreams I built a fairy palace.”

Read about how he turned his whimsy into something extraordinary via the full blog article:
https://adifferentdrummer.com.au/numerologist-sydney 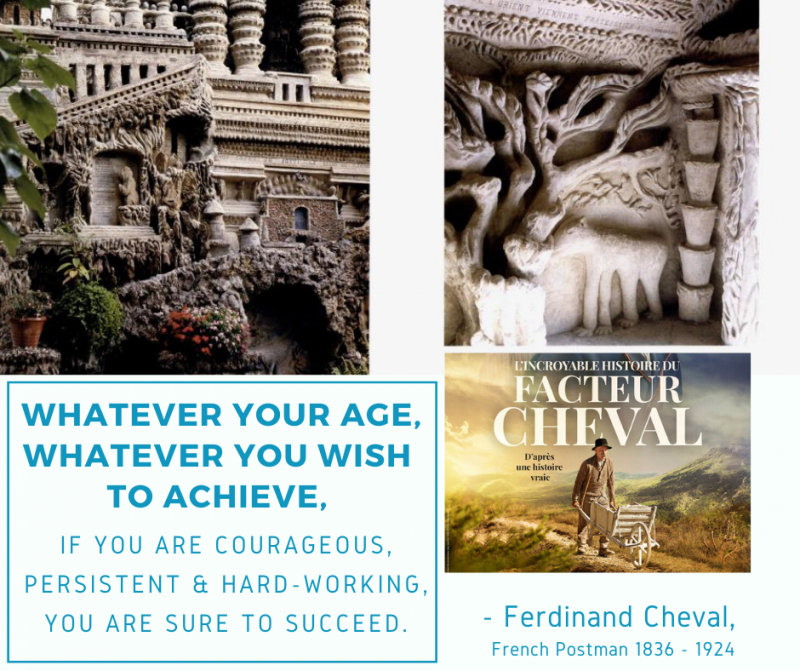 We Must Deepen Our Capacity For Healing "Today I want to feature some friends of mine who represent the face of love, truth, and ... Read more