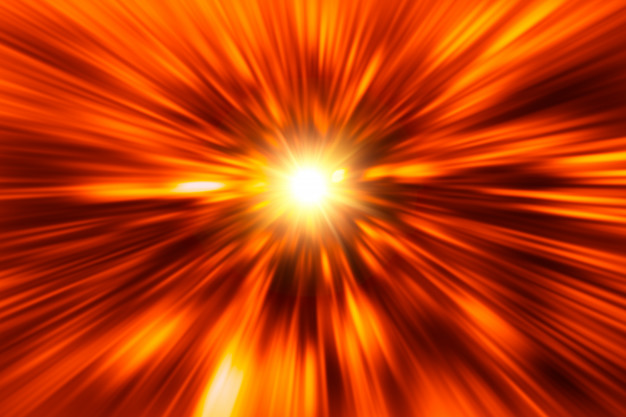 We psychologically attribute too much power to people with money and authority. We often expect or wait for the rich and high-status people to change the world. We grow upset or resentful, if they do not fulfill our expectations. We may think that we have to become rich or attain high status before we can bring about “real” change in society (whatever real means). When we do not have money or authority, we are often treated as a tool by those who do to reach their goals. When we don’t have money or authority, we often treat each other as a means to acquire money or authority. When we don’t have money or authority, we often reduce ourselves into a machine (or a cog in a larger machine) whose main purpose is to maximize wealth or social status in life. When the machine does not achieve its purpose, we beat ourselves up for it and admire (or resent) the mighty power that the wealthy, high-status people seemingly possess.

“If I were Jeff Bezos or Mark Zukerberg, I would use the wealth I have to create a new, better world,” Many of us often think. “There is so much good I can do once I have money and resources! And I feel so limited and powerless right now because I am short on money, time, a talented team, or all of the above!” We thus talk ourselves out of taking on any change initiative we care about. Every morning we wake up and check to see if we are rich enough or have high enough authority yet. When the answer is no, we keep feeling paralyzed by doubts and wait for those who have money and authority to initiate the changes we want to see in the world.

The truth is that people at the top of the wealth/authority pyramid are in fact greatly constrained by the system they helped to build. They may have easier access to money and resources than most of us. Yet, there are a great number of invisible barriers for them to initiate change. They in fact have very little real power in creating or mainstreaming new paradigms or systems.

Many rich and high-status people may have wonderful and genuine intentions to create change in the world. Yet, their very own success in the current system often blinds them from even recognizing the value of new ways of life. Such new ways of life often seem trivial, naive, scary, or irrational to them. In other words, they don’t really “get it”. Even if some of them are capable of cognitively appreciating the new paradigm, the people who work for them may not get it or may have a hard time implementing it in the old system.

When the old machine is configured for the sole purpose of maximizing profit, for example, it almost doesn’t matter how many patches and tweaks you add to it, its space for adopting new paradigms is highly limited. Here’s an anecdotal note. Each year, at Burning Man (an iconic community event that embodies values such as radical inclusion and gift economy), countless millionaires or billionaires have deep, transformational experiences, vowing to create a new, more equitable world. And yet once they leave Burning Man, they are not able to bring the “culture” with them and replicate it in their own environment. The new culture is more like a foreign organism in a billionaire’s mechanical empire. Money and authority can buy more machines produced in the old system, but they become powerless in cultivating an environment that is conducive for the new culture to organically grow.

So, who has more power in creating or mainstreaming new systems then? It’s not the people at the top of the wealth/authority pyramid. It’s you who are reading this paragraph right now. I’m not saying it lightly. You care enough about social change to read this far. You have much more power than you think.

Power comes in many forms.

1) Knowledge is power. You probably know more about new ways of life because you live further from the center of the old system. You get it! Not just intellectually. You live it. You embody it in everyday life. For instance, when your life is marginalized on a certain dimension, your very existence and life knowledge becomes a powerful challenge to the status quo. And you just being you is by default a robust counter-example to what the rich and “powerful” want others to believe.

2) Suffering can be turned into power. You have probably suffered enough being a cog in the machine and are brave enough to seek healing and ask deeper questions. The process of healing is a process of re-discovery and re-resourcing power. A type of innate power that comes from within. Until we experience burnout, trauma, or deep doubts for an extended period of time, most of us don’t even know we have this power source right within us!

3) Surplus curiosity is power. You are interested in seeing and experiencing the world in new ways. Your curious sensitivity already gives you a head start in the expedition toward the new territory.

4) Surplus time and/or energy is power. Maybe you are out of a job right now. Maybe your lifestyle gives you extra flexibility. Maybe you are retired. Maybe you are a student who’s bored with school. Maybe you just have some extra time on hand. Or maybe despite having a busy schedule, you are simply highly effective in using your energy and making time for things your heart yearns for. In today’s world where many people are struggling with time or attention deficit and where the rich and high-status people are mostly tied in endless meetings (often to patch-up the flaws in the old system), you have an obvious power surplus at your disposal.

5) Strong intention for change is power. Maybe you feel stuck in a full-time job that mostly maintains the status quo. Maybe you feel too exhausted at the end of the day to put in any meaningful effort into the change you want to see in the world. The intention for change is a powerful spark. Don’t let other voices drown it out. Keep attending to the spark with your awareness and compassion. Carry out tiny steps to keep the spark alive. (You may not think of such tiny steps as meaningful or impactful. But they are enough to keep your intention alive.) Once finding resonance with other similar intentions in the environment, the spark may ignite in unexpected ways and become an effortless fire that dismantles any barriers that get in its way.

6) Surplus wealth is power. Real power from money does not come from having a lot of it. Instead, real power comes from knowing when one has enough. Knowing that one’s basic needs are covered is a tremendously powerful feeling. On top of it, having a little surplus of wealth to support meaningful endeavors that are bigger than oneself is indeed a power move that can shake the core of those who possess much more but never feel that they have enough. Almost no one knows right away when it is enough for them. If you are willing to examine deeply your own relationship with money and wealth, you’ll find your surplus wealth along the way.

7) Ability in finding comfort in discomfort and in seeing the opportunity in the unexpected is power. Adopting new ways of life will almost by default cause discomfort and unpleasant surprises at the beginning. There are legitimate reasons why most people hang onto the old system: they want to avoid discomfort and seek psychological security. In this case, they have little power in supporting the new system. You, on the other hand, can channel your great power of adaptability and entrepreneurial spirit and help others in seeing the gifts in the new territory.

8) A good sense of humor amplifies the abundance of power! By now we can already envision people with various types of surplus power coming together to be the change they want to see in the world. Different types of power surplus complement and enrich each other. If we sprinkle a good dose of humor in the mix, the collective power will be amplified. Have you noticed that people at the center of the old system are often too serious, too attached to money and authority to crack a joke with? Humor often comes from the ability to laugh at our own attachments. Once we get too attached to something, we lose the power for seeing new possibilities. So, if you have a surplus of humor to share, your power will be highly treasured in the new territory. Life is short. Laugh a little. Life is short. Laugh a lot. Laugh together.

Working To Welcome And Resettle Afghan Refugees "We've had 5,300 people sign up to be volunteers. That's beyond a record for us. We typically ... Read more

A Beautiful Story Of Love I first heard this story back in 2014, when it was told on CBC, and just heard it again the ... Read more

Sep 25: Richard Whittaker on 'Living Theology At The Bottom': "Thank you, Rick, for this eloquent and lucid...

Sep 24: Neelam Mandhani on 'Living Theology At The Bottom': "Well said……Thanks for sharing this!

Sep 24: Rajalakshmi Sriram on 'Living Theology At The Bottom': "Very beautiful reflection. I could feel and...

Sep 23: ijoy vape on 'The Extra "Ordinariness" of Wednesdays': "If you are considering purchasing an electronic...