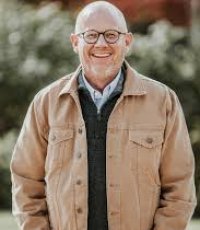 Last Saturday, we had the privilege of hosting Awakin Call with Stephen Loyd.

“I’m Steve Loyd, and I’m hurting,” Stephen Loyd, M.D., began in one of his first 12-step group meetings. His addiction to pain pills had escalated to about 100 a day by 2004 when his father intervened. “I’m gonna lose my wife, my family, my house and cars,” Dr. Loyd said when confronted. "None of that stuff’s gonna do you any good if you’re dead,” his father said. It was a hard road to recovery, but it led Dr. Loyd on a path that eventually had him rising from addict to Tennessee's "Opioid Czar" from 2016-2018. He is a recognized thought leader and clinician with decades of experience in internal medicine, mental health, and substance abuse service and a tireless activist for those living with addiction and co-occurring mental health disorders. Experiencing addiction first-hand has allowed him to develop a unique approach to patient care, one that is passionate, effective, and impactful.

Below are some of the nuggets from the call that stood out for me ...

His Background On the Value of Community and Vulnerability On Addiction, Recovery, Grace and Medicine Lots of gratitude to all the behind-the-scenes volunteers that made this call happen!