[Below are Bonnie's reflections from our "How Does A Heart Of Service Respond?" conversation last week.] 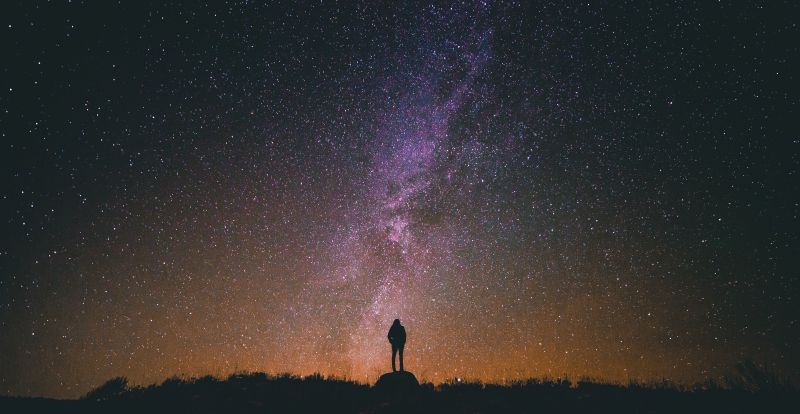 It's so great to see everybody -- so many familiar faces and some new faces that I haven't seen yet. And like Reverend Heng Sure, I am a preacher, so just, you know, virtually slap me or wave if I go on too long. I'll do my best to keep it short though.

We're all wrestling with some of the things that Reverend Heng Sure mentioned. I don't know if he used these words specifically, but impermanence, we're all wrestling with impermanence -- the fact that life is fleeting and that everything is impermanent and we're wrestling with uncertainty because we really, really, really want to know how things turn out. In fact, our human brains are designed that way. I read ... somebody sent me an article this week and it was talking about how the brain will choose to latch onto a certain bad outcome versus choosing an ambiguous, uncertain outcome. So it chooses to make up a bad story versus saying, "well, I don't really know."

So that's the way that our brain tends to work. And as we've seen, it can sometimes lead to rash behavior. Some of the addictions that Reverend Heng Sure was talking about, like -- well, I'm kind of guilty of some of these -- but you know, Netflix or Amazon or the things that we do to avoid feeling are our vulnerability, our vulnerability that's brought on by the fact that life is impermanent than that life is constantly uncertain.

And at the same time, you know, there's a perfection to it. There's a perfection to impermanence because it makes that which is so much more precious. It's such a narrow way that we walk, of knowing that life is precious but also knowing that we can't cling to it. So what I'm choosing to do and the message that I'm choosing to preach is to see if we can just relax and be with our uncertainty and our fear of impermanence and our vulnerability, just relax into it, and then start to see if there's any place within us that sees that maybe this is a threshold moment, a liminal moment, or a moment of greater possibility -- where we can step into something that's beyond the limitations of our mind.

You know, our minds are like this little Tupperware container that are trying to hold all of reality, and something like this is beautiful in a way, in that it bursts open those limitations if we allow it to -- if we don't get so caught up in the fear and so caught up in trying to mitigate impermanence that we just clamp down. If we can just relax and breathe and be mindful and let it go, then we move into that place of greater possibilities, the third force that somebody mentioned before -- you know, just this thing that's beyond the yes and the no that is reconciling all of it. Now I don't know what the reconciliation looks like, but something that has been coming up for me a lot is the metaphor of a virus, in that a virus is this little tiny, tiny thing that can wreak havoc and have such a huge impact on humanity.

And yet at ServiceSpace, we're always talking about focusing on the small. So what if kindness is viral, and what if goodness is viral, and what if love is viral, and what if we give that type of viral energy as much power as we're giving the coronavirus? What would happen then if we took our power and stopped misplacing it on the coronavirus and put it into the stuff that really matters? Because beyond all of the impermanence, I think that there is this permanent condition called love and hope and healing and all of those things. So our small acts of kindness matter. And, in terms of putting our energy on it, I wanted to read this thing -- it's very short. It's from, I'm not sure who he is, but his name is Jamie Tworkowski, but -- in terms of all of the sequestering and all of the cancellations -- he wrote:


And there's a lot of good stuff.

One of the best parts of the good stuff for me has just been asking the divine or love or God, or whatever it is you want to call it, just asking "what is mine to do?" Like even when people are isolated and it feels like things are overwhelming, it's like, "what is mine to do? What can I do here?" And, you know, one of the things that I found really felt right because it felt so good, it felt so joyful and so needed, was when I did go to the grocery store -- and you see those people working at the store that are just just cranking, you know, they're just just working so hard and trying to keep the shelves stocked and dealing with people that are stressed out and just, just being able to go up to one of them and say, "you know what? You're my hero. You're really a hero and you are an ordinary person who is sacred in my eyes right now." And that makes me, just makes me beam inside. And you can see just the relief of being recognized that comes over them.

And then the other thing that I've noticed a lot too that some of you who work with -- it may not be such an issue anymore with people actually being quarantined -- but when it was indecisive, when we were deciding whether or not we were going to have church and whether or not people were going to show up and serve, you know, there's this whole thing of "we act out of love and act out of fear, and if you really were loving, you would come to church" -- we weren't saying that but others were [laughing] -- and that may not be loving, you know? And so I felt like I was doing a lot of work, via email, of holding people's shame and guilt around self-care. So that's another seemingly tiny but possibly viable way to serve.

Those are just two things that I've discovered for myself in my own ministry, but as many people as there are on this call and more, and all of our friends and relatives and people that we know -- if we can just perhaps spread the message to check in and ask "what is mine to do?", then I think that that has a huge impact on the situation. Like I said, this is really, this is really a threshold moment for humanity, I think. The gentleman before was talking about how are we going to use this the next time? And I think if we can be mindful this time, we can be mindful the next time, and then even more mindful and more mindful and more mindful.

So I think that's all I have to say. But I just bless you and love all of you, and thank you so much for inviting me to speak, and just thanks for putting this all together.

May 29: Michaele Premet-Rosen on 'Maya's Response To "This I Believe"': "Really awesome 👏🏻

May 29: Rajalakshmi Sriram on 'Awakin Talks With Rohini Nilekani And Ravi Venkatesan': "What a delight it was to be together and hear...