One of the quiet features of Awakin Readings are the weekly translations, used in circles around the globe. Just Hindi and Spanish have 500 translations! There's a rotating crew of about a dozen very dedicated volunteers just for those two languages. German, Gujarati, and Turkish are among the various other languages. Romanian started recently and already has 82 translations, courtesy of Marius coming on board recently.

And newest in the list is French! Olivier, Jasky and likely the "French Gang" have just started spreading inspiration in French ... 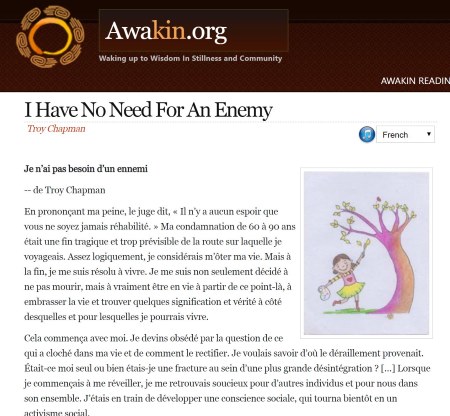