Tea for Togetherness – Toilet Cafe, Gandhi Ashram, Delhi
The seeds of the toilet cafe were laid in 1961 when Ishwar bhai Patel, also known as “Mr.Toilet”, established a space as the sustainable sanitation park in Harijan Sevak Sangh (Gandhi Ashram), Delhi to spread awareness about importance of sanitation. He brought great awareness through instilling sensitivity and removal of untouchability, as well as fostering the engineering and designing of toilets and sanitation technologies.
After 56 years, in 2017, the space was revived again with so much love and care by son Jayesh Bhai Patel and his team from ESI Sughad & Safai Vidyalaya in Ahmedabad to cultivate the richness of both sharing and sanitation.
In October, 2019, during Morari Bapu’s Harijan Manas Katha in Gandhi Ashram, fifteen volunteers from ESI and a few from Kat-Katha, came together to prosper peace and kindness through the toilet café. Another aim of bringing this entire concept to life is to spread the message of hygiene and the importance of toilets.
Ahead of Gandhi’s 150th birth anniversary, the café was started to create noble friendship through food. For more than ten days, the volunteers served hundreds of people with free tea for the only intention to flourish togetherness in the society. 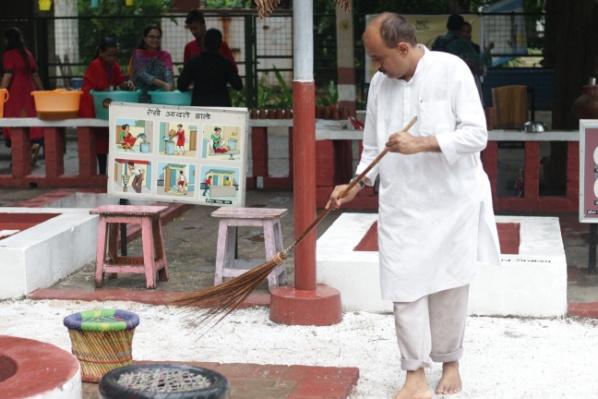 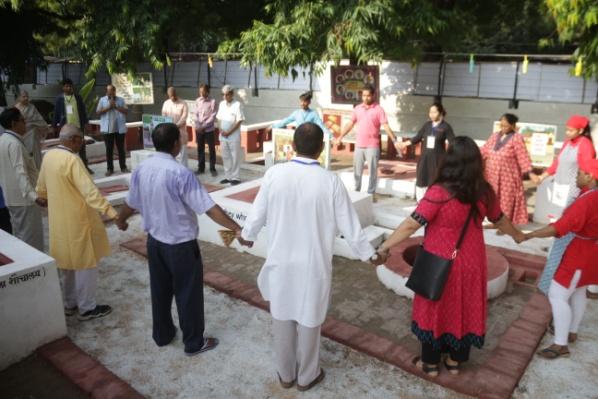 Jayesh bhai mentioned, “this space offers opportunities for external service which is internalmeditation and meditation is internal sanitation.This ecosystem holds spaces for gatherings that allow for inner reflection, listening, and joyful sharing of stories. This will lead to transformation of thought to the society.”
The space was lit with hope and happiness with the purpose to hold circles and gatherings for both inner and outer cleanliness. The toilet garden in Delhi was converted as The Toilet Cafe much like the cafe in Ahmedabad. Kat-Katha, an organization working for trafficked victims and their children, set up a cart “Maitri Meals” where women from the project served tea and snacks on gift economy. It was for the first time that these women came out, interacted with people from different states, and expressed their gratitude. 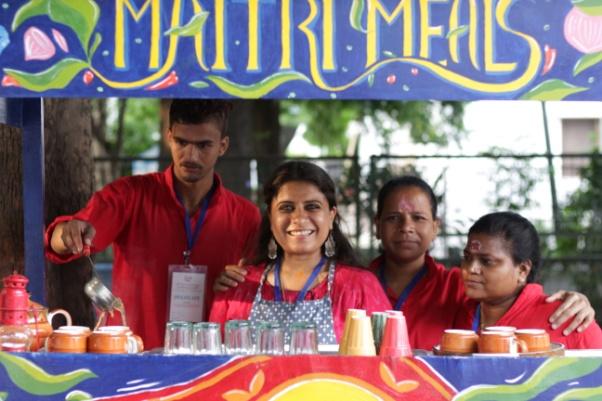 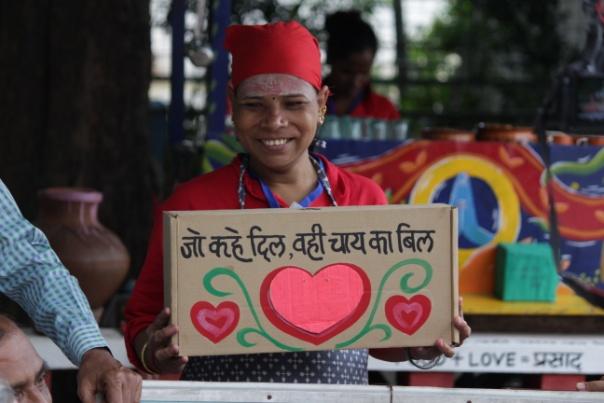 The ten days were full of Gandhian values like ‘karuna’ and ‘prem’ and also understanding the deeper meaning of transformation; from Scarcity to Abundance, Isolation to Community, Consumption to Contribution, and Transaction to Trust. 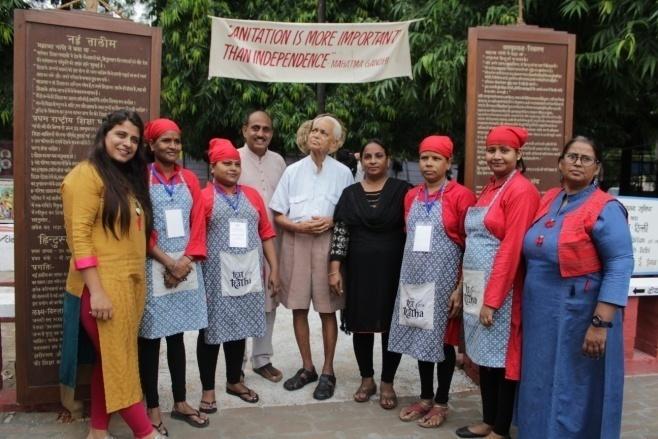 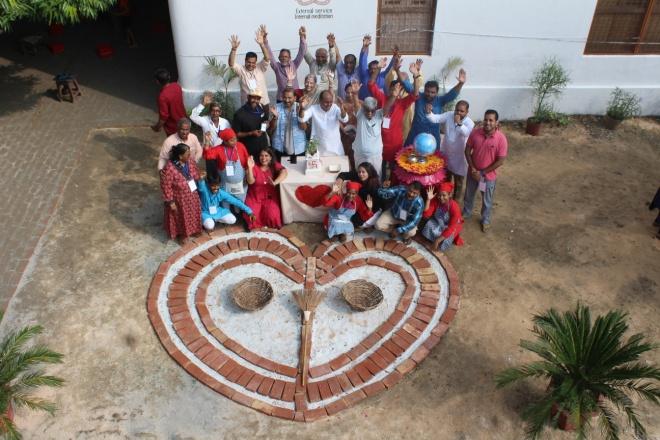 Jayesh bhai and his team showed us how they have put in efforts to modernise Gandhian values and practices; his father created the ‘Toilet Garden’ in ’61. To make it memorable, HH Dalai Lama, Baba Ramdev, HH Pujya Swami Chidanand along with Former president Sh. Pranab Mukherjee and Governer of UP State Smt. Anandi Ben Patel graced the toilet café with their august presence. 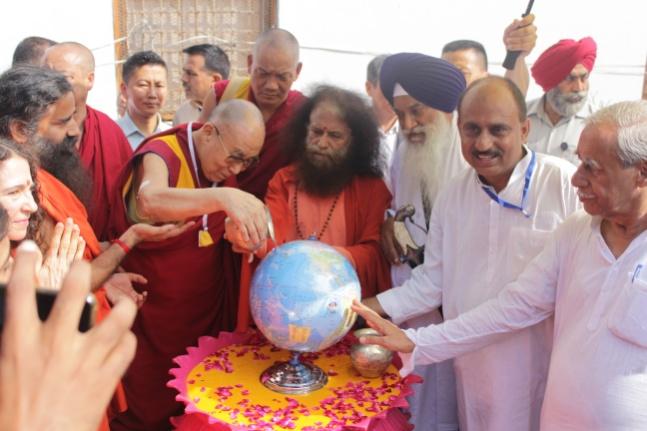 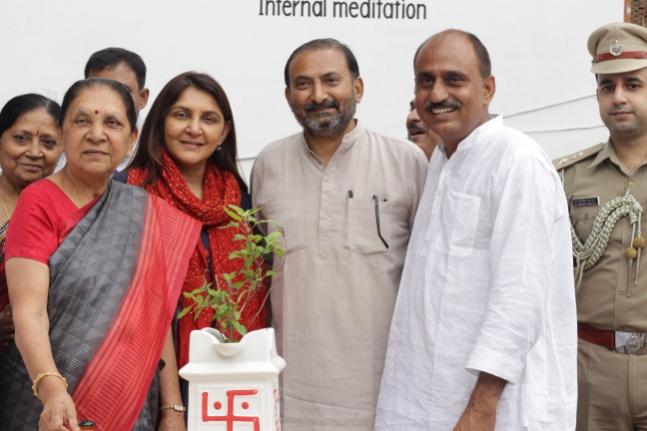 Gratitude for Arjun -Katkatha (photos) and all the invisible hands contributing to this event and this post collectively.

Jun 03: Ariel Nessel on 'Right Now, Just Breathe': "Such a meaningful way to connect mindfulness of...

Jun 03: Deepika Dabhi on 'Ghiora Aharoni: Art As Physical And Ephemeral Sacred Space': "i just rsvp'd. what a beautiful topic.

Jun 03: Dawn Kiilani on 'Right Now, Just Breathe': "...it is not so surprising that inspire means...