How many ex-Microsoft employees are needed to light-bulb the change?

The catch? The two must be brothers!

This is a story of two brothers, their family and friends and a bold experiment that people like Mahatma Gandhi and Margaret Mead would have been happy about.

Abid Ali and Shabbar Hussain grew up in a middle class Indian family. Like many smart kids they became software engineers, became star performers at Microsoft, got married, had kids, built homes, nurtured friends... and thought that they were well on their way to becoming success stories in "Rising India".

However, influences like an incredibly compassionate mother, an intellectual and strict father, a family tragedy, random readings and meetings with some unique people had sown some potent seeds in them. Respecting their privacy and not to undermine an inspiring autobiography in the future, I don't want to get into more details about the nature of those seeds.

These seeds had taken roots and started sprouting here and there in their thoughts, speech and actions. Through the lenses of human values, sustainability and spirituality, they started pondering over the nature of their success. This led to questioning their way of life and to exploring ideas, people and places that showed another way of life. They were exploring the possibility of a way of life that may have struggles but is free of conflicts. That may hurt the ego but creates harmony. That may reduce monetary wealth but creates many other forms of wealth in abundance. 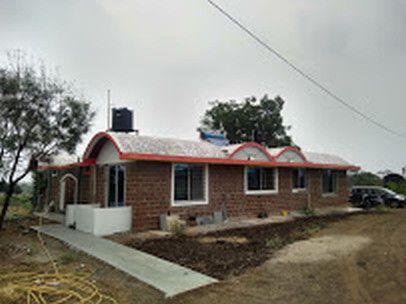 After a lot of scouting, they bought a farmland an hour away from Hyderabad. In one and a half years, there are five families that includes cousins and friends, living in the farm in beautiful eco-friendly homes. They farmschool their kids, have adopted permaculture style farming, learn and practice a medicine-free, nature-driven health system, conduct residential workshops on education, health and right livelihood and have even launched a social enterprise that builds green homes. They call their farm Anahad - the unstruck sound/music. It is derived from the word that denotes the heart-chakra, Anahata. Inspired by them, already many individuals and families have started exploring similar lifestyle with their assistance. 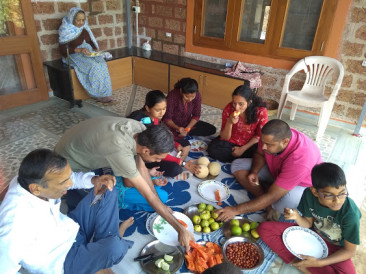 Having shifted to a farm life ten years ago, I have come across dozens of people aspiring to make a shift to a meaningful and harmonious life. Only a small percentage of them are able to actually make the shift and that too mostly as a single family. So how did Anahad come into existence, from an idea to a small community-in-a-farm, in about three years?

Like most others, they too had done a lot of readings, traveled to meet many people who are great examples, attended workshops, did courses and dialogued and debated through countless nights. These are necessary but not sufficient.

What seems to have guided and accelerated their journey can be found in the "catch" mentioned in the beginning of the article: they are brothers.

No two people have ever become brothers by virtue of birth alone. In fact, in many cases, being born in the same family tends to create conflicts and estrangement.

I don't know how it had happened, but I am guessing that at some point, Abid and Shabbar must have become aware of what they could mean to each other and what they could do with each other. Unconsciously and consciously they are enabling whoever they touch to imbibe this spirit of brotherhood. This, I believe, is their greatest contribution to themselves and others so far. And will be perhaps long into the future.

It is their capacity for unconditional love and service that has helped them withstand every kind of struggle that they have gone through in setting up Anahad. Not that they exercise their full capacity all the time. They fall short, hurt themselves and others and lose valuable time and resources - just like anyone else attempting radical change. Not to mention a life threatening farm fire, highly poisonous vipers inside the home, dangerous falls during construction, a dysfunctional local government and their "services". But their music swells up unstruck from their hearts. It is Anahad. 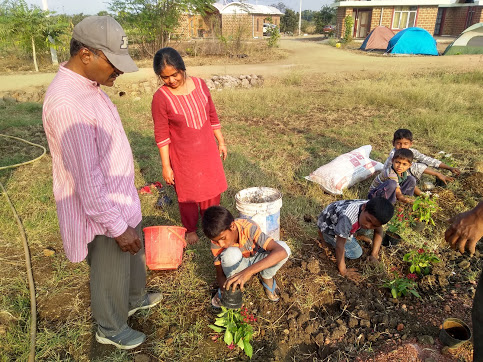 Usually a theory comes first in the form of a book and if it becomes successful, a field-guide to implement the theory comes next.

At Anahad, the field has come up first. Their field guide is getting shaped, example by example. Their homes are made of laterite stone with no plastering and Wardha roofs with no concreting. The workers who built their homes are now owners of a Green Construction social enterprise. They harvest rain water and keep planting many trees. Their kids learn from playing and working, not from a syllabus. They seek out knowledge in all areas of sustainable living and offer their space as a learning center for everyone to learn and teach. Currently there is a software being developed and part of the business plan is avoid fundraising but to make social investors come to them. They are also heartstorming on how to make every neighbour, worker and volunteer a partner and perhaps a member of their community. 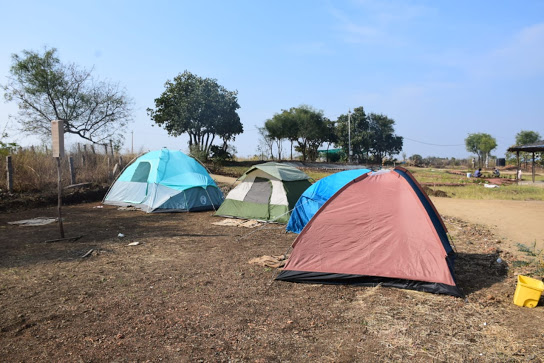 This is the kind of experiment that Gandhi hoped for to happen all over rural India. This is what Margret Mead believed can happen when a small of group of people come together. Anahad is a living institution in the making and I am happy to be part of the chorus in their orchestra. 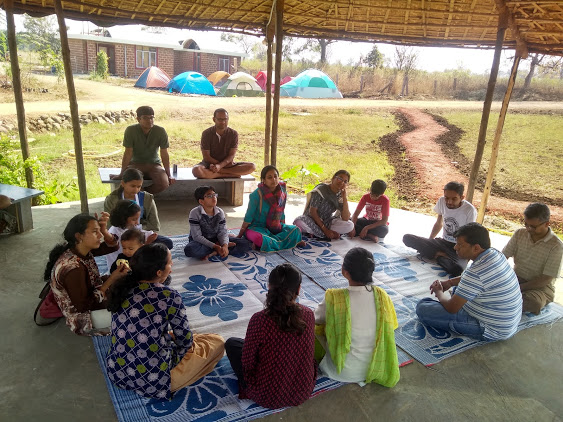 One more thing: Two compassionate, brilliant and enterprising women, named Fatima and Fatema, married Abid and Shabbar respectively, many moons ago. How they managed to extract sanity out of the brothers and enabled the creation of Anahad is another story worth exploring.

Smiles From 27 Members Login to Add a Smile

Karuna News: Karuna News: Uncommon Connections Newest issue of our newsletter is out!Oftentimes, we don't plan to meet the people who ... Read more

Mar 07: Susan Starkey on 'Mark Dubois: The Little Tree': "Mark’s story is so meaningful to me today, as...

Mar 06: Shyam Gupta on 'A Bibliophile's Spiritual Journey': "Concept of Gita has been very beautifully...

Mar 05: Hotstar deals on 'The Extra "Ordinariness" of Wednesdays': "Thanks for sharing this amazing website....

Mar 04: EricVBailey on 'Mother Teresa and Dan Rather on Listening': "*thumb_up_emoji*