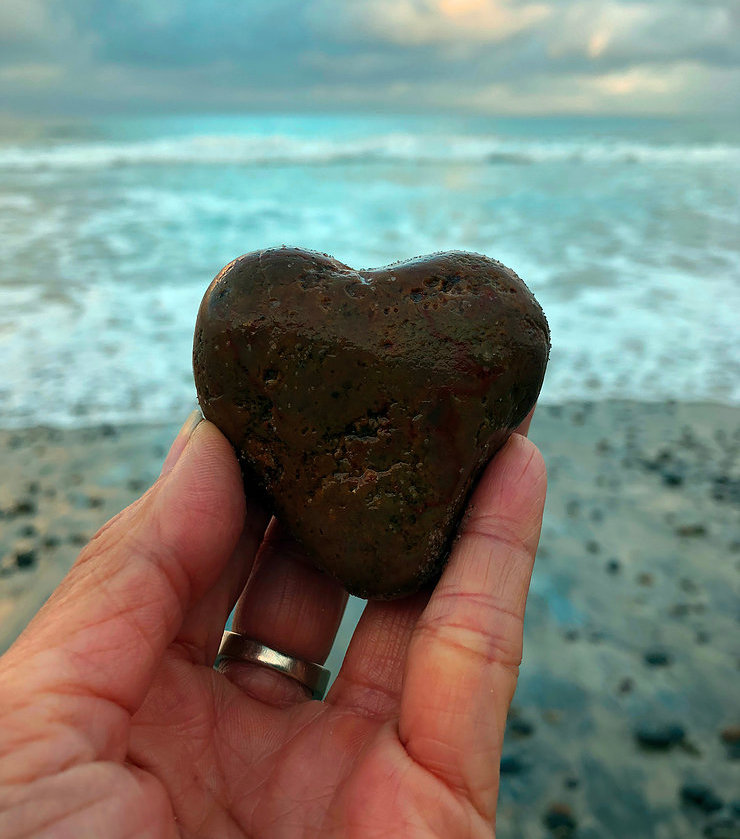 Tway began finding heart-shaped rocks on her long beach walks, and soon was finding dozens, and then hundreds. Locals who had lived there for decades remarked on how unusual that seemed, but Tway wasn't surprised--she took it as an affirming sign of the leap she had made years earlier. After listening further, she felt called to match each heart rock with a story about an act of kindness, and birthed the project: heartrocks.

She's taking her time, waiting for the right stories to come in--maybe you know one? (Hat tip to a certain anonymous member of KindSpring for initially sharing this story :)) And here she is sharing some of the background story on a recent podcast called "The Kindness Podcast".

In honor of the power of small, a couple related quotes:

"There are very few human beings who receive the truth, complete and staggering, by instant illumination. Most of them acquire it fragment by fragment, on a small scale, by successive developments, cellularly, like a laborious mosaic." --Anais Nin

"Small acts, when multiplied by millions of people, can transform the world." --Howard Zinn