A former student just sent me this text message:

I'm studying for my first of two standardized tests tomorrow and this popped up, and I remember talking about it last year in class: 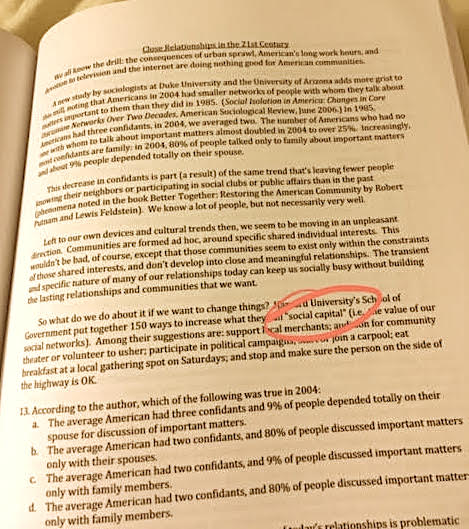 She circled “Social Capital," which is one of many forms of capital as described by amazing ServiceSpace souls!

I teach in an affluent neighborhood, and in our Service Innovation class, we spend a full week on the topic of "Different Forms of Capital" -- to get them away from placing such a high value on money, or "financial capital". :)

I love that she remembered this!! How cool to see "social capital" and research on "Close Relationships in the 21st Century" mentioned in something as mainstream as an SAT-like book! :)