[At yesterday's Awakin Circle in Santa Clara, the passage, "Who Is My Neighbor?" prompted so many touching reflections! Below are a couple of them, from Jyoti and Aryae.]

Jyoti: I've got so many stories on this one. One of my aunts passed away earlier this week, and she had lived in the same gated community in Pune for over 50 years. Her husband was a doctor and made house calls during the day. So they knew everybody in the neighborhood. To this day, like until the week before she passed away, she would sit in her room facing the outside and socialize with the people who went past. She would check in to see how they were doing, and what was going on, and offer whatever help she could.

We lived in a different town in Delhi, she was in Pune. But her generosity and connections went past these borders. Her friends were going to another city, Beas, to meet their guru, Radha Soami, and they had to change their train in Delhi. She told my mother, "You have to make food for this family that's traveling and deliver it to them in the train at this stop in Delhi." Another time they had a layover of seven hours or something. She said, "You have to invite them home and let them wait at your house rather than waiting at the platform." There were Iranian students studying in Pune when the Iranian Revolution happened, and they had to become refugees in India. The refugee commission is in Delhi, so she told them, "Oh, you have to go stay with my sister, because you're two young college-going girls. You can't just go stay in a hotel in India. That's not safe." So we suddenly had these two young Iranian girls who came to stay with us.

So that openness of treating everybody like family, like neighbors, was something I grew up seeing. And that's why, the first day I walked into the Awakin Circle almost five years ago, I literally felt I had come home -- because I had not found that openness, that Harshida and Dinesh have extended to so many of us for over two decades now -- that I felt instantly like I was with family again, because that was a way of relating that was so common to me. 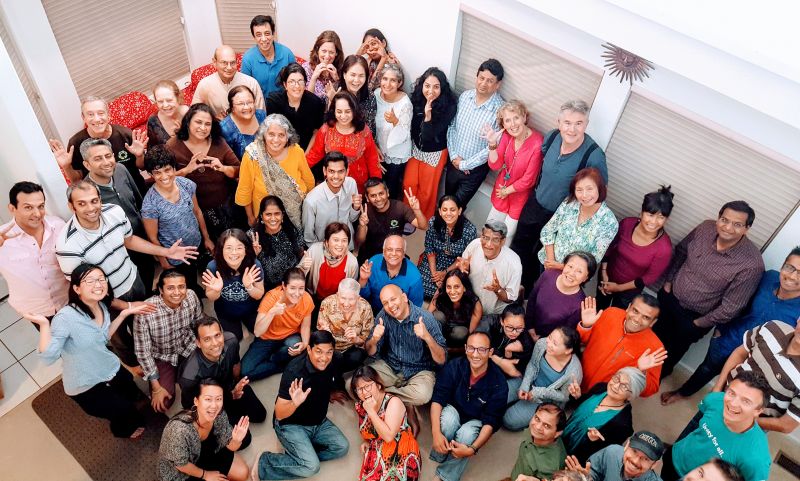 But it's still so radical that I surprised myself with my experiences. So thinking about children, there's a three year old in my neighborhood who comes in to my house as if it was his own house. He has been doing that since he was a young child. Last year, I was away on sabbatical and he had learned to walk by then. He came and stood and knocked, and was surprised that the door was not opening. He just stood there like this was the first time the door not being open to him.

So his mother took a picture of him and texted it to me overseas saying, "You have to give us a key to the house, because he doesn't believe that the door doesn't open, and I can't explain to a two year old as to why Aunt Jyoti's not home.

This week, I was on a walk with Aryae. I've walked on that path before, and there's an artist who lives in a house with art displayed outside. It's garden sculptures and garden art that I've admired in the past, and felt a connection to. As we were walking, I said to Aryae, "You know, this is something I really like."

As we were walking back, the artist happened to come out, because it was raining (and we were the only people walking in the rain), and he was covering some of his artwork outside. I surprised myself by offering to cook for them, as a way to connect. He was just so surprised. He was like, "I don't have an answer to that!" But he gave me his card to connect with him.

So, coming to Awakin regularly, and growing up around people who treat strangers like family does some things that in this world today seem radical and revolutionary. 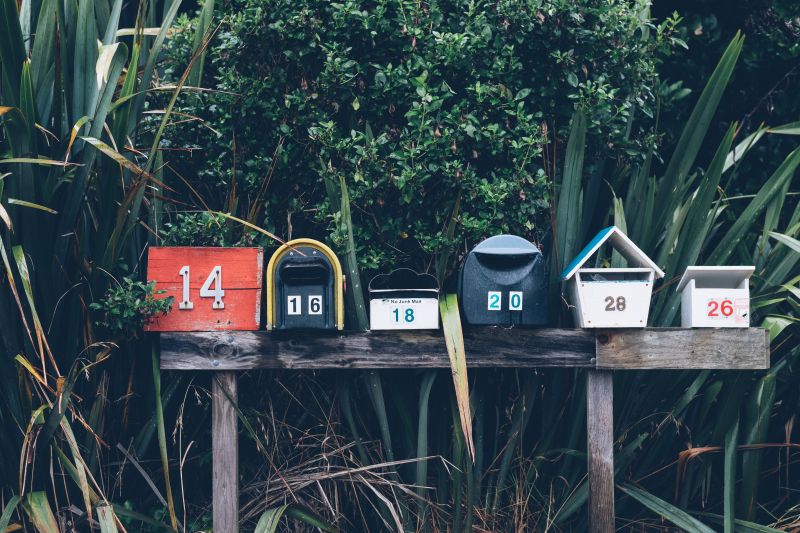 Aryae: What strikes me most about the passage is that the author, Ivan Illich, is talking about the randomness of who is a neighbor. And when he says "it's up to us to choose," how I read that is: somebody randomly shows up. I get to choose whether that person's a neighbor, which means I get to choose whether to be awake. (Jyoti, I'm thinking on our walk, when we met up with Michael, that artist, I'd say you were awake that moment!)

There is another take on that from another Christian teacher, Rev. Eric Elnes, who was on our Awakin Call last Saturday. I had the blessing to be able to interview Eric, and his interpretation of what Jesus meant [by "love thy neighbor"] is to also include the person we might consider the enemy. That's also a neighbor, according to Eric, according to Jesus.

There's one more take. It came in the house of love and prayer, about 40-50 some odd years ago with my teacher, Rabbi Shlomo. We were reading the passage in the Hebrew Bible and the Torah where it says, "Love your neighbor as yourself," which is where this stuff comes from. It's actually in the middle, right in the very middle, of the Torah. If you can picture the Torah -- which are scrolls, and you open the scroll 30 feet in one direction and 30 feet in the other direction -- right in the middle is love your neighbor as yourself.

So there were a group of us in the room sitting in the circle and my teacher, Rabbi Shlomo was there, and he's talking about this, and someone says, "Shlomo, who's our neighbor?"

He looks around the room, at all of us, and he said, "Your neighbor is the person you are closest to right now. Right now. That's your neighbor."