Has it only been a year since Gandhi 3.0 in Ahmedabad?

I cannot write about the unique changes without being lost in the many beautiful expressions that confront my heart.

Gandhi 3.0 introduced me to ServiceSpace and Moved by Love. The change since then is indescribable.

I heard ServiceSpace is a process. It feels more like a drug, a panacea, with intermittent doses through the year. The “S” in ServiceSpace is “Source”, the shift since Gandhi 3.0 is inside.

“Cultivating Kindness ”
After I showed our sisters in prison the pictures of the environment in Banyan Grove, they wanted to do the same, to create the same kindness ambiance in prison. We provided them string, markers, and colored card stock paper, and they hung more than 200 love signs around their dormitories. Some of them sleep on the floor due to overcrowding. It became so popular that the hearts were even borrowed without permission. â˜º Disappearing and reappearing at a different location. The audacity brought delight. I would show you pictures but I cannot.

“Kindness of strangers”
As Dec 1 arrived, we had not yet begun to mobilize a holiday gift for our family of inmates (360 pax). Our work schedule had been busy, and while we were not obligated, it didn’t sit well in us, that we would pass the holiday season, without reaching out to them. After a few letters and phone calls we were met with pledges of meals and gifts beyond expectation. When we went to the store to buy towels and water jugs, during negotiation, the vendor learned the purchase was for prisoners; He gave us more discounts than we were asking. In the end, we had more gifts & meals than our target. Like the Catholic story of the miracle of loaves & fishes.

God’s Grace
While we were at our brothers’ prison, we mutually performed in their make-shift theater. It was a large classroom, that could sit 300 people, and we sang and danced for each other. We performed songs, dances, excerpts of drama and comedy. During the show, one of the lead performers, who had been incarcerated for 16 years, and who hadn’t seen his children in 12 years, received his freedom slip: His permission to go free, “Laya” – freedom. He was a free man in an instant. He was expecting news of his freedom, but not that soon. His sentence was commuted down 8 years, even though he had already served 16, his freedom meant 8 years less. He whispered to me during the show, “Ana, I am a free man ! They just gave me the slip, “ showing me a small green paper, smaller than his palm. We embraced in silence, and he gingerly slipped away. He didn’t shout or show any signs of celebration. To announce his freedom, would have been hurtful for the rest who were staying behind. He left silently entering the crowd, and as I looked after him, his form blended into the many faces watching the show. His exit was graceful, years in prison, had taught him empathy.
. . .
Lalla, from the women’s prison, was sentenced to 12 years. After attending our class for 4 years, her sentence was reduced by 5 years, and she served a total of 7 years: Early release. We hired Lalla after her freedom, as a receptionist. Today she has moved to Dubai, with intentions of work as a truck driver.

The fountain of gratitude is infinite.

I list a few thoughts to describe the inner shift. 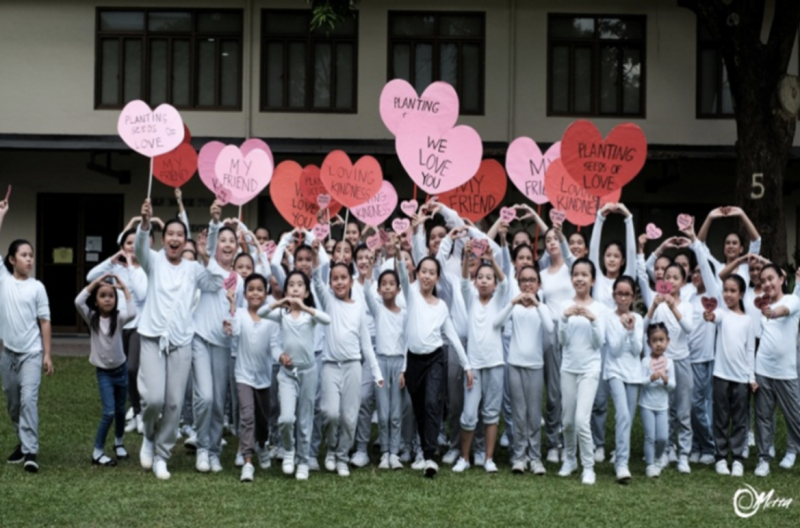 Gandhi 3.0 did not change the content of our ecosystem. We still remain a catholic school and our main lessons are about theater and women’s transformative education.

Gandhi 3.0 changed the way we live our intention. Like changing the destination on an internal GPS.

The whole universe began to recalculate and shift. In the beginning, the shift is disconcerting.

Here are some of the ripples we experienced.

Video of ilo ilo, “Awakening Theater” More responsible theater practices with social meaning, and collective responsibility for our planet and human connection. A move away from extravagant theater to awakening theater: with practices of simplicity and authenticity.

Mobile Arts Theater, Arts Education for Public School Teachers. (120 pax) How to recycle and work with what you have. A move away from extravagant set, costumes, and props, and a move back to simplicity.

Video of Hamlet, Theater of Awakening, participative and authentic

Video of our sisters and brothers in the prison. Christmas Gift Giving video to follow still in editing process. 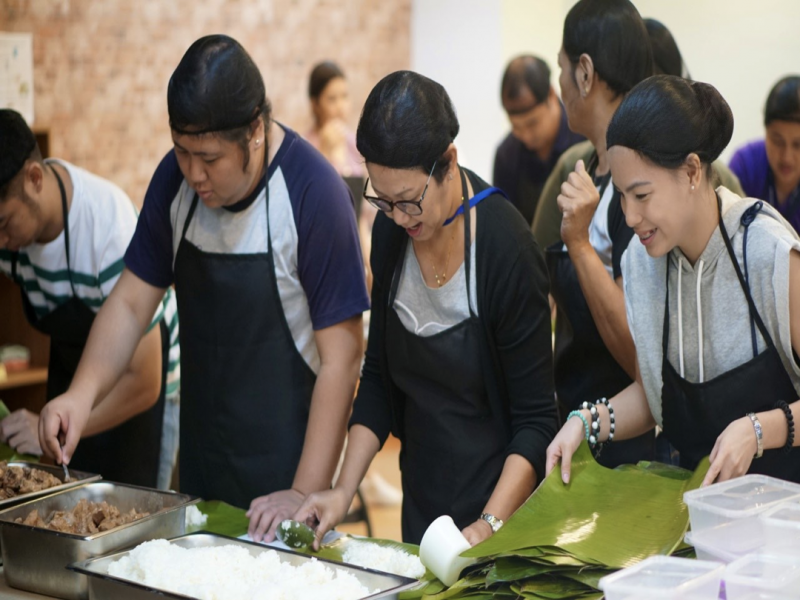 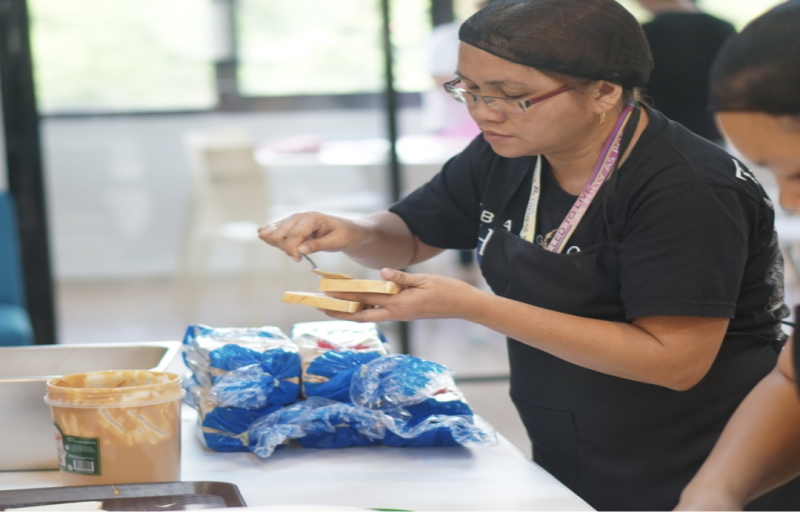 Inspired by Karma Kitchen, we began Kindness Kitchen.
Preparing 250 meals a day for the homeless. (7 Retreat days with a Kindness Activity) 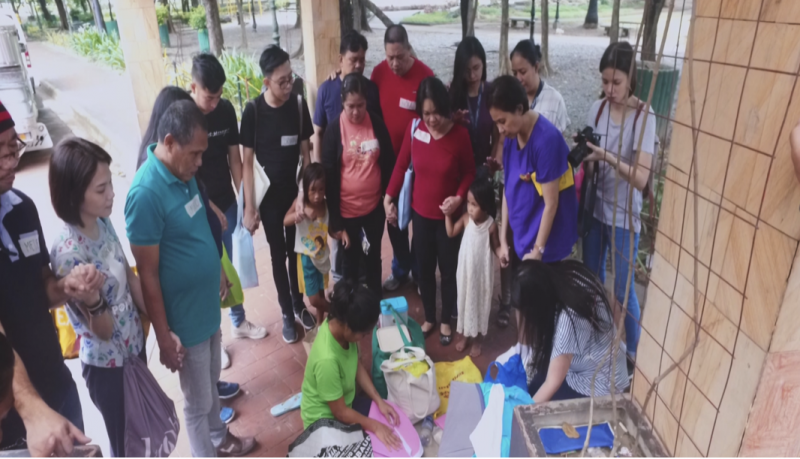 Infants living on the street, the youngest was two weeks old.

Interactive Kindness Activity with teachers and the homeless. 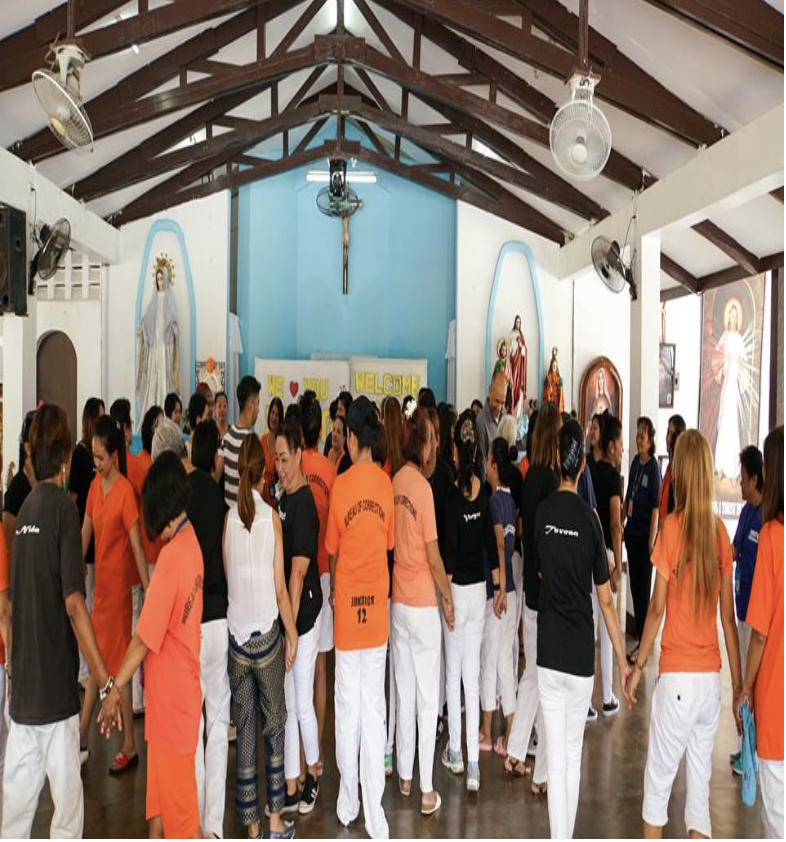 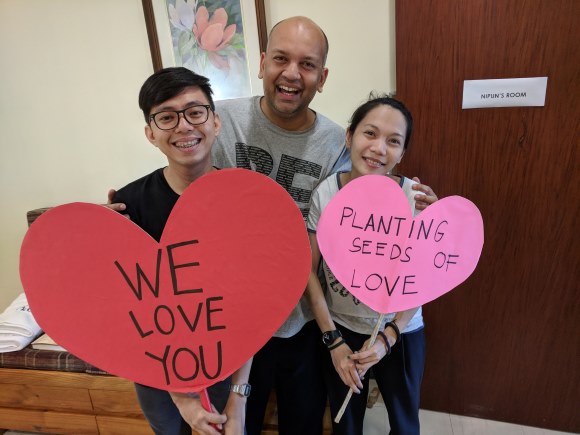