Yesterday's "Inclusion" prompt was about "Celebrating the Pillars in Your Life." I wrote about a book I read years ago called Pillars of the Earth that told the story about people who worked on a beautiful cathedral that most would never in their lifetimes see finished.

The paragraph and poem below is an excerpt from that post. I'm sharing it here too since the inspiration originally came from Service Space and an article by Nipun about Dada Vaswani. 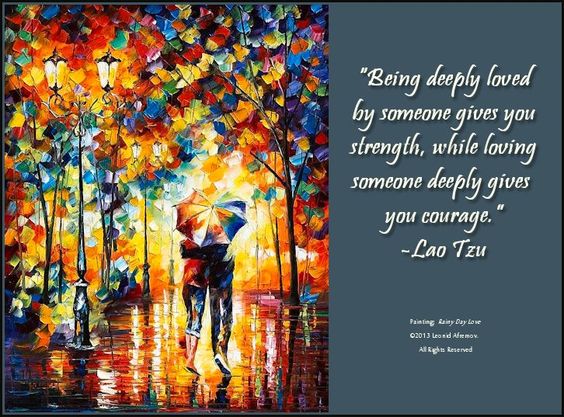 The older I get, the more connected i feel to those who have come before me. It's as though, in my youth, formed from the stream of all humanity, I, liquid, walked around in human form. I was still a part of the ever-flowing stream comprised of every creature with a soul that has ever been, is now, and ever will be. As I grew older, I collected debris and solidified, and this became "me.”

The river flowed on and on, without end,
And it called me back again and again.
I sometimes longed to jump in and swim
And to, once more, be a part of everything.

But no! I always, inevitably, said,
Inside my collected-debris human head,
What of me? These things I found over time,
These rocks, and sticks — they are me! Mine!

If I were to jump in and let go,
What would I be? Where would I go?
What would who I am have been?
What if I disappeared? What then?

The days in the sun stretched on and on.
Invariably I’d turn around and run.
But the farther from the stream I’d go,
The more bereft I felt, footsore, and slow.

I collected even more debris,
Held everything close, called those “me,”
But the river called again and again.
I resisted until one night when

I heard voices that sounded just like me.
They told me stories of love, of family.
I felt connected to this wondrous flow,
But the depths were so deep. How far do they go?

What will I become if I jump in?
I turned and walked away again.

Then one day I read words by Dada Vaswani,
And it felt as though he was speaking to me.
I suddenly knew this was right and true.
Has that recognition ever happened to you?

I would become the smallest dot,
A “Nukta” — me, and at the same time, not.
The flow of humanity called again.
I took a deep breath and jumped in.

♥.
PS 16 July 2018
I didn't know when I wrote this that Dada Vaswani died on July 12, 2018. I just tonight read the beautiful story here by our beloved Nipun. I wish I had come up with something more reverential. I never knew Dada Vaswani, but loved him by what I learned of him through Nipun and other readings. 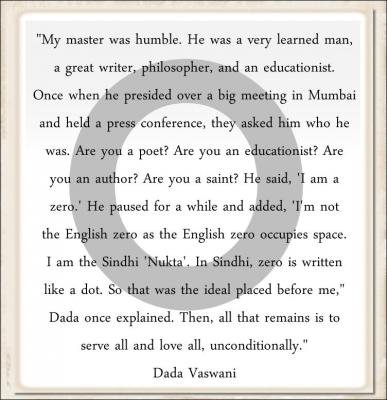