"I knew you respected me, because [instead of getting us in trouble right away] you asked what happened first."

I had asked a middle school student how he felt in retrospect about our ad-hoc restorative circle process, following a brief fight that broke out at the end of the first talking circle I co-facilated at that school. Not one to mince words--as I would come to learn and love--he reflected back a gem.

I've been processing many such experiences from my internship at a K-8 school last year, and would like to try to summarize some of the learnings, as well as invite other learnings. In the context of addressing school climate, particularly in terms of encouraging healthy conflict resolution/disciplinary process & positive relationships, here are three summary points: 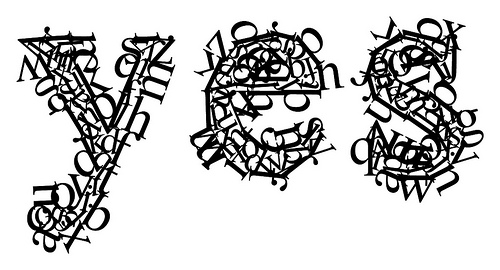 Finding The "Yes" For Every "No"

One major learning can be summarized with the phrase: the flip side of no = yes. Which is to say, for every behavior we want to respond to with a "no," there must be a "yes" behavior that we not only want to encourage students/citizens/whomever to practice, but also try to embody ourselves.

In terms of a school's disciplinary process, this calls for a shift from a punitive/punishment-oriented approach to a restorative approach. The rational for this shift is becoming better and better articulated. But I suspect one need only participate in a restorative process to get at a heart level how much better it feels, as well as results it produces. (Not to say restorative or retributive/punitive are the only two options...an early learner myself, this seems like a very useful distinction given the norm in this country currently. At the same time, I'm mentally bookmarking to myself, as I write this, to question beyond this binary as I continue to learn.)

To give an example, I remember receiving a call to see if a restorative process would be appropriate for a conflict between two middle school boys, who had erupted into an argument during class. The standard disciplinary response may have been detention, or perhaps suspension if physical contact were involved. In fact, one of the boys said he would willingly accept a suspension as a consequence, rather than having to talk it out with the other boy.

Even in this one moment, of this one story, there feels like a lot to unpack in terms of what this microcosmic story can reveal--perhaps I can write a fuller version elsewhere. For now, to keep this brief, the one boy who was hesitant about engaging in a restorative circle (or "peace circle" as we called them) ended up agreeing to it after learning more about the structure of it, and I imagine, after gaining some feeling of safety and support from me as the facilitator.

The other boy--or young man might feel more appropriate if you saw him--fortunately had a prior connection with me: I had happened to be in the hall when he first transferred into the school, and had welcomed him by walking him to class. He was willing to engage in the peace circle, but quite literally did not know how. After meeting one-on-one with both boys a few times, and introducing the restorative process, etc. I felt an opening when the hammer-nail analogy came to mind: "When the only tool you have is a hammer, everything looks like a nail." Trying this circle would be different, maybe even awkward (which it was at times :)), but it would be a step towards mastering a new tool, thus giving yourself more options going forward. (Side note: that offering a "3rd way" process beautifully described in relation to Taliban here). This motivation hit home.

Both boys fully participated in the circle, though clearly out of their comfort zones, and with some gentle guidance they even devised a solution to their conflict (which involved one using the other's backpack, and certainly deeper related issues I won't get into in this writing). This interaction was really touching to me. Though I may not have conveyed the particulars of their stories that moved me, the principle in the process itself, of holding space for people to grow and ultimately transform, and to form bonds with others along the way--that's universal.

And I can't help thinking what a massive missed opportunity it would have been to say "no" to these boys by suspending them, without allowing them at least the option of experiencing the "yes" of respectful communication, the chance to be heard/understood and in turn hear/understand others, and--certainly a lifelong skill--the practice of collaboratively addressing an interpersonal issue and working to a mutually agreeable proposal. 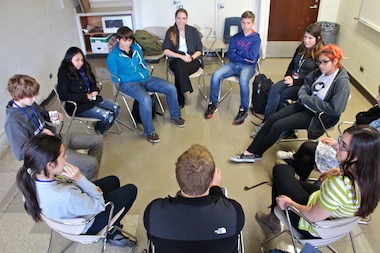 Solely relying on responding with a yes, though, may start to feel like "fire-fighting" over time. We decided to try out pro-active steps throughout the year, to lay groundwork for wholesome relationships, and essentially encourage a "culture of kindness." The school had already begun "talking circles" the year before, which help foster basic practices like listening to others as they speak, sharing of your inner experience, and even open opportunities for engaging circle activities like "spotlight" where students get to stand in the middle of the circle and receive compliments/shout-outs from their classmates (a hit with young ones, before too much self-consciousness develops).

Different classrooms tried various experiments throughout the year, often with our support: kindness mannequin challenge, providing journals for students to log and reflect on ways they gave and received kindness, short classroom activities where students could write gratitude notes to classmates or school staff (actual example below :)), etc. The options are nearly endless, and each context may give rise to ideas that both feel natural/easeful or like an appropriate challenge based on its norms. (Side note: our end-of-year event with Nimo was a love fest and both fits into this category and also transcends it, so perhaps a separate post is merited.) 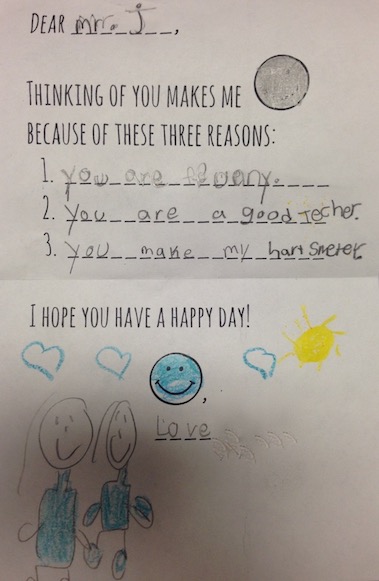 Another pro-active approach we piloted was what we called an "intensive support circle," which was based on a template for a "re-entry circle." I'm a big fan of these less-common restorative practices, because they don't require a particular conflict to get started, just a need that really anyone observant can notice. In this case, we created and implemented the school's first intensive support circle with a student whose flashes of brilliance and talent were often matched by his disruptive capacities. Again without going into the backstory here, I'll just say that after persuading the principle, teachers, inviting some community members, etc. to join for a 1.5 hour circle on a Friday afternoon, most of us ended up staying over two hours and leaving in laughter and a sense of bonding and satisfaction with productive work (as well as a practical support plan going forward).

So, so far: Reacting with No < Responding with Yes < Pro-active with Yes


A Culture of Kindness Is Built On Conscious Attention*

"Attention is the fundamental literacy." (Quote from this seminal reflection piece) Enough said? :)

To say just a bit more, I think in order to encourage the development of some amount of self-sufficiency around these skills (of conflict resolution and harmonious relating), training of mindful attention and capacity for self-observation may be an absolute necessity. I can't think of how children or adults or anyone would translate lessons beyond a structured classroom into spontaneously-arising life otherwise, right? Especially conflict resolution, where so much hinges on containing one's impulse to react, and channeling that energy into conscious communication (with oneself and/or others). (Brings to mind hearing Jacques Verduin years back talk about working in a circle in prison, where collectively centuries of prison sentences had resulted from reactions and poor decisions from, on aggregate, maybe a handful of minutes.)

While we want restorative systems to be of use and provide healthy spaces to address conflicts, we don't want those spaces to be the only places folks can put to use good communication skills and empathic relating in times of tension and disagreement; a generative way of imparting these skills means over time they become integrated into a person's way of being, and become a base for developing self-sufficiency--even wisdom and other generative qualities. And that means conscious choice, which means developing the awareness to even know that choice is available. And of course this "fundamental literacy" can then be applied beyond the social sphere to academics, athletics, etc.

We experimented with some simple mindfulness lessons at school last year, and with patience, :) saw development over time. But most of our available capacity went towards establishing restorative systems, which is no small task when it's new to a system (though, again, in this case we were thankfully able to build on some momentum from talking circles having been implemented the year before). And we were just beginning to scratch the surface of trauma-informed approaches, which I would also put on this fundamental level when the need is high (see ACE scores), and perhaps bookmark for future reflections.

*By the way, the terminology around attention training/mindfulness could use some simplifying, don't you think? 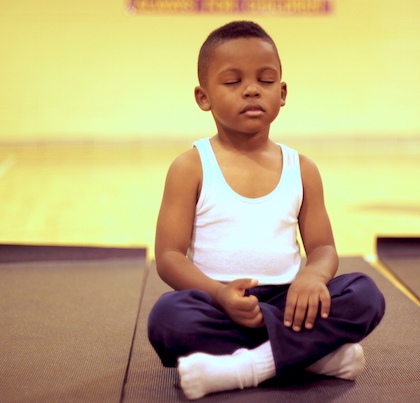 Our three steps for cultivating greater social harmony in our group (which was a K-8 school in this case) were:

1. Implement a restorative system for conflicts and disciplinary issues
2. Cultivate a "culture of kindness" system-wide, and search for other pro-active opportunities
3. Lay groundwork for deepening learning (and even healing) and fostering generative self-sufficiency, especially training attentional capacities

If you any of these struck a chord for you, and/or sparked different angles, please feel free to share of your experience. How might you have found success or learnings in establishing restorative systems, implementing pro-active "yes" programs, and/or developing a foundational base to deepen capacities?