What a sweet and joyful way to start off my second week at Banyan Grove! I got on a road trip with Fab, Audrey, and Chris, to go with Nimo to The City of Ten Thousand Buddhas (CTTB). For some reason, I thought it was the first time that I met Nimo in person; in fact, it was the third time. But it felt like the first time as I was able to see more deeply, the playfulness and thoughtfulness, the liveliness and stillness, dancing freely in him.

Before we hit the road, Ari and Birju, who came by Banyan Grove for a meeting, saw us off. Driving through “the most beautiful place in the world,” as Fab would put it, from West Marin to Petaluma, we were in constant awe of such lush natural beauty. Whichever direction we looked, it was a potential postcard shot. Look! There came Fab’s favorite tree-rock combo, a giant natural bonsai! Sorry, no photos were taken during the ride. :) 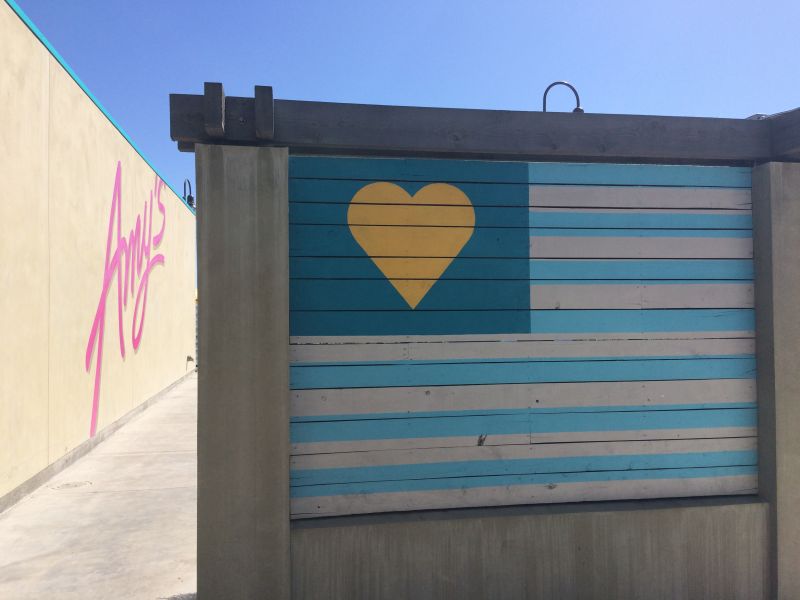 During the ride, Nimo shared enthusiastically about the circle he was in earlier at Oxford Public School in Berkeley, the “Zero Waste Classroom,” where students generated only one small jar of trash in about 150 days. Later when we ordered food at Amy’s, Nimo used the name, “Planet Earth,” and it made the cashier laugh heartily. When we heard the big speaker announcing, “Planet Earth, your order is ready,” we all burst into laughter, suddenly feeling the honor of representing the Planet Earth!

The evening Awakin Circle at Dharma Realm Buddhist University (DRBU) was sweet and heartful. Audrey’s gentle facilitation in the beginning grounded us with the seed question of “what has inspired you,” which led to immediate deep sharing from each participant, who were inspired by families, teachers, friends, fellow cultivators, nuns, third-graders, a fox, and one-and-half year old nephew. The circle continued with songs by Nimo and Fab and ended way after the scheduled time. Singing together with movements of hands and arms was such a fun way to connect with and relax into our childlike joyful nature.

“All that I am
All that I see
All that I’ve been and all that I’ll ever be
Is a blessing
It’s so amazing
And I’m grateful for it all, for it all” 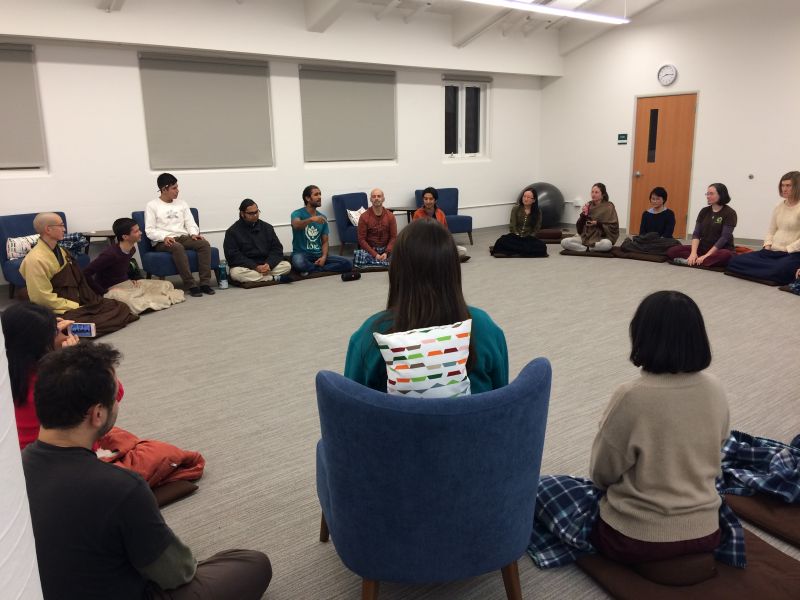 In the following day, Nimo and Fab shared music with K-12 girls. After the picnic lunch with them, we circled up in mini-Awakin Circles (45 minutes) with 10th-12th Grade girls and 9th-12th Grade boys. The girls were sweet and generous and gave each of us a card and a gift; the boys were curious and sincere, and two of them were working on a song for the school. Nimo and Fab offered them music mentoring possibility, if needed. Then Nimo and Fab shared more of their generous spirit through music at the Earth Day Fair with K-12 girls, parents and others. It was a full day of joy and generosity, which ended with Karma Kitchen, organized by the girls who are inspired by this ServiceSpace project. 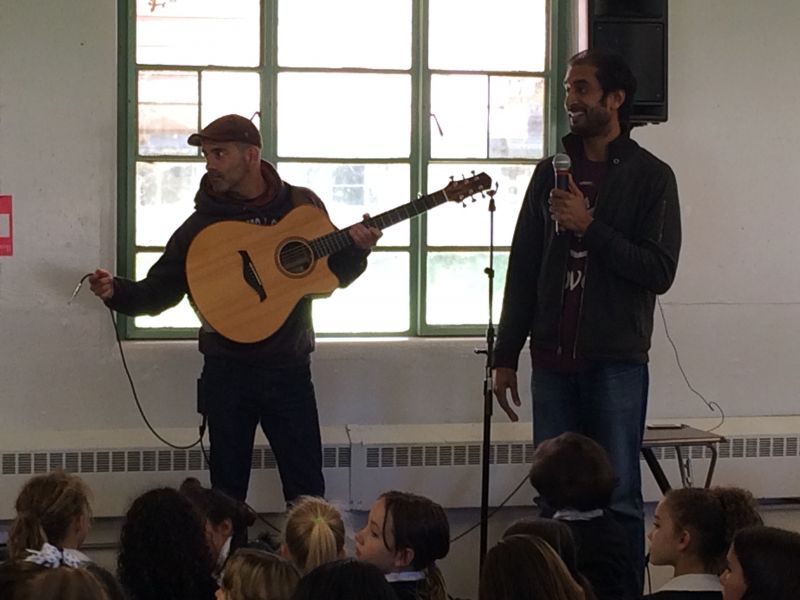 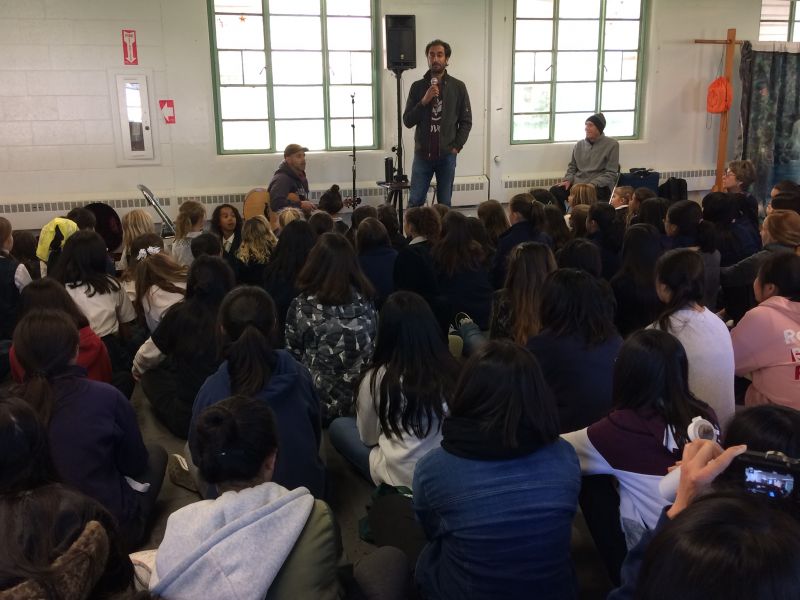 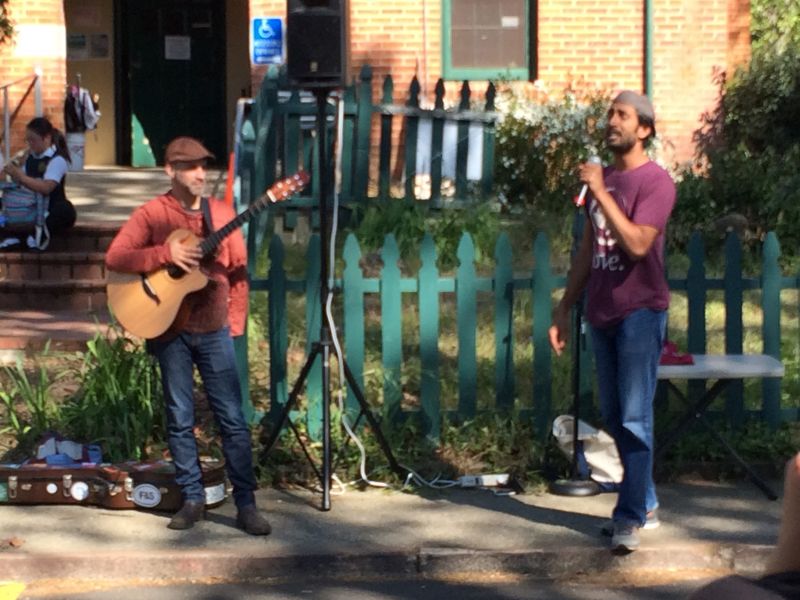 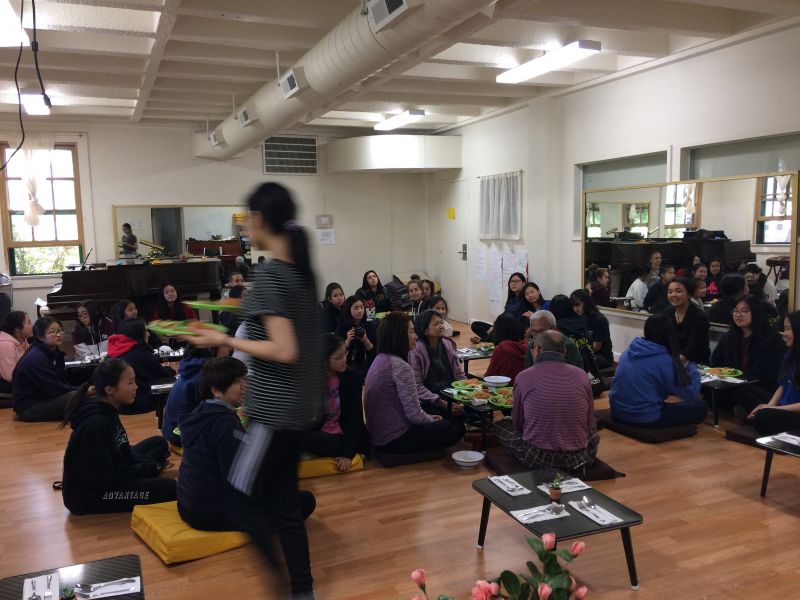 When we had coffee break after the Awakin Circles, a little girl who attended the music session with Nimo and Fab in the morning happened to be with her dad at the coffee shop. They came up to say “hi.” At the parking lot, Nimo gave her an Empty Hands CD and pinned her a heart, and gave her two extra heart pins for her sisters. Her father said to her with a big smile, “You are a lucky girl!”

Fab and I stayed one more day for the Saturday hike (where I had an opportunity to connect with a visitor from Taiwan) and attended the inauguration of the new DRBU building. I immersed myself in the vibrant and open energy at the inauguration, and met many delightful and insightful souls.... 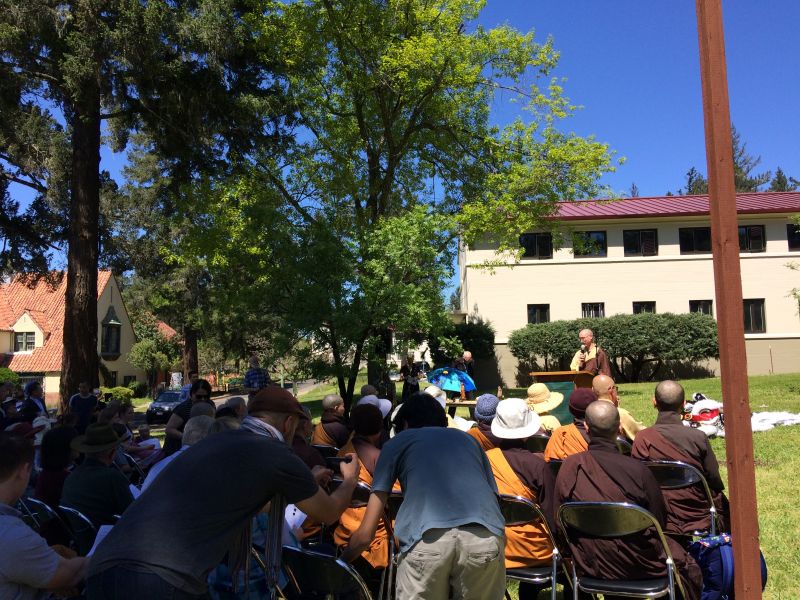