Last week, a few folks from Awakin Baroda community went on a sacred site pilgrimage of sorts to the Golden Temple in Amritsar. It is one the most important pilgrim sites for the Sikh community, where hundred thousand people walk in everyday -- and everyone is fed freely as well. Trupti had written:


Looking at the untiring minds and hearts of the volunteers in this place, I was awe-struck. Just walking in, volunteers stood with folded hands, requesting our footwear as if we were handing them a bundle of roses. Some offered water, others cleaned the floor, some prayeed. Everyone serves in their own capacity. As we helped chop veggies in the kitchen, we saw how someone would refill our empty baskets, someone would take our chopped veggies, took our waste and delivered it to the cows. It was as if there no space of measuring the "I", and it was clear that we can do no big things but only small things with great love.

On the second day, few of us decided to three steps and bow past midnight. Although it's summer, that night saw some unexpected thunder in the sky. As we started, we realized that someone just had cleaned the floor. I smiled. It was becoming cold and windy, as the falling tree leaves created padding for our knees and foreheads. Three steps, one bow. The changing external condition felt like a perfect metaphor for my inner world.

Half way through, a girl came to us and offered water. In response to her natural "why" question, we shared Rev. Heng Sure's story and how I felt like bowing down in gratitude to all the ones who came before me to serve -- like her. She smiled and then called her father and asked me to re-share. Then called her sister and asked me to re-share. She offered us holy water, as I continued bowing. Around 3AM, when we finished our bowing and entered the temple, it started raining heavily. I wondered how Rev. Heng Sure and Marty bowed through all conditions, for three straight years. My heart felt overjoyed for all the causes and conditions that gave me the inspiration to bow.


Reading this on his arrival at Banyan Grove, Fabrizio felt quite moved and made a commitment to pay forward Trupti's inspiration: "Just in case a passing vistor wants to bow, I am going to sweep a three steps and a bow pathway, everyday I'm on this campus." He intends to be there for six months.

Inspired by that commitment, Nipun said, "Well, then, I'll be happy to be bow on that path tomorrow morning itself." Incidentally, we were hosting our first 1-day meditation retreat, so then we thought, "Why don't we invite everyone to bow tomorrow?" So it happened -- the first three-steps-and-a-bow on campus, in the spirit of reverence. 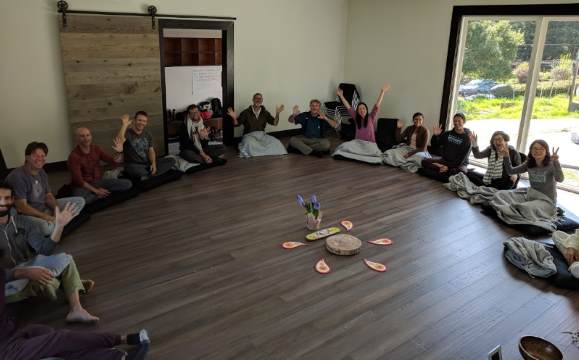 It was quite powerful.

One gentleman attending the retreat was a first-timer named Don. With a naturally innocent look on his face, he shared how he had never meditated before, and that perhaps meditation just may not be his path. "But, you know, this three steps and a bow, I have to say, I felt like I could do it forever." Given his height and age, it was actually quite physically arduous for him to bow, but he did -- and felt moved. Then he starts to choke up and continue, "Actually, it somehow got very emotional for me. My sister and I had decided that we would spend this weekend in some kind of spiritual retreat. She was going to come in from out of town. But then," he choked up. "She took her life last month." Later, he asked, "Do you think I can volunteer with ServiceSpace? I'd really like to serve." 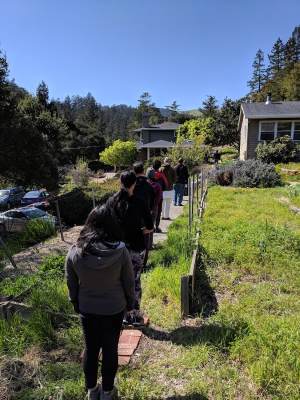 From Rev. Heng Sure's pilgrimage to 3AM Amritsar bows to Fab's sweep-clean vow to meditation retreat to Don to finding resilience in service -- what a joy to witness the unending ripple.

In our email thread, Fab wrote back saying, "You just never know where the ripples will go, or how long they will last. Actually, I do know. They really do extend as far as the mind can reach, and last as long as noble friends keep those connections going. Thank you, everyone, for your immeasurable inspiration and instigation, giving my life meaning beyond imagination. Deep Bows."

Rev. Heng Sure added, "And when we juxtapose that on top of Easter weekend, perhaps we have a new meaning for resurrection that will resonate with Christians: 'He is risen; he descends; yet he rises again. Then once more he descends, rising, descending, he becomes more exalted the lower he bows!' Hallelujah! Bodhi Svaha!"

Matthew Fox: How Important Is Truth? Matthew Fox is a spiritual theologian and scholar of mystic spirituality whose theology of ... Read more