“The food tastes like Love!” “Best meal I’ve ever had!” “The volunteer team was in FLOW!”

These are some of the common sentiments after an epic Karma Kitchen experiment in Auroville. Within 2 hours on a sunny Sunday, the team welcomed over 120 guests to co-create the magic of deliciousness and generosity. 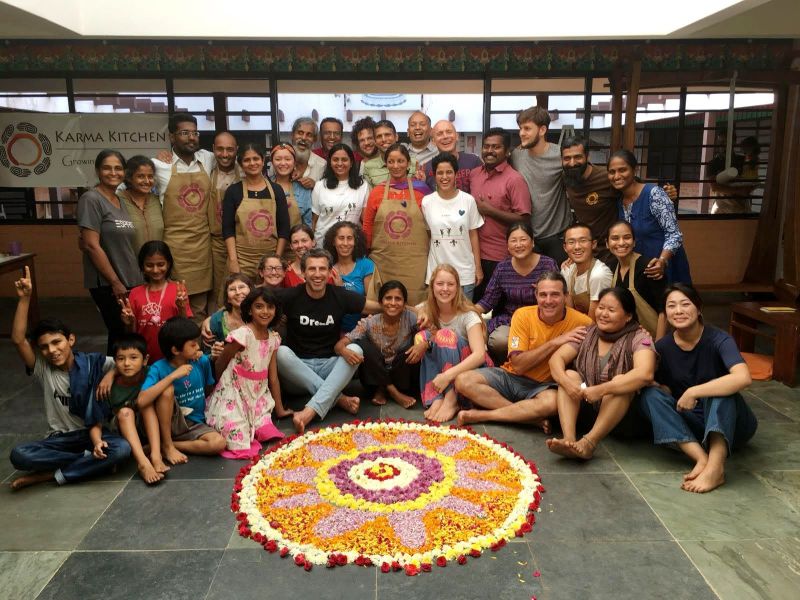 (Smiling volunteers at the end of a 9-hour day!)

Karma Kitchen, a gift-economy restaurant, was the grand finale of a 3-day festival of love and kinship in Auroville hosted by ServiceSpace.

A brochure on each flower-adorned table introduced the context for Karma Kitchen:

Sharing food is a basic and universal human tendency. Feeding others and sitting down to a communal meal is a cross-cultural ritual that nourishes the spirit of giving. Karma Kitchen is one modern experiment to revive the ancient chain reaction of generosity in the context of a pay-it-forward restaurant.

Entirely run by volunteers, our meals are cooked and served with love, and offered to our guests as a genuine gift, without a price tag. Guests are free -- and often inspired -- to pay it forward so that people after them could partake in the joy and magic. The volunteers also cultivate selfless service by cooking food, serving the tables, and engaging with the guests in enriching conversations and kindness activities. In keeping this chain going, both guests and volunteers help to create a shift from transaction to trust, from self-oriented isolation to shared commitment, and from fear of scarcity to celebration of abundance. 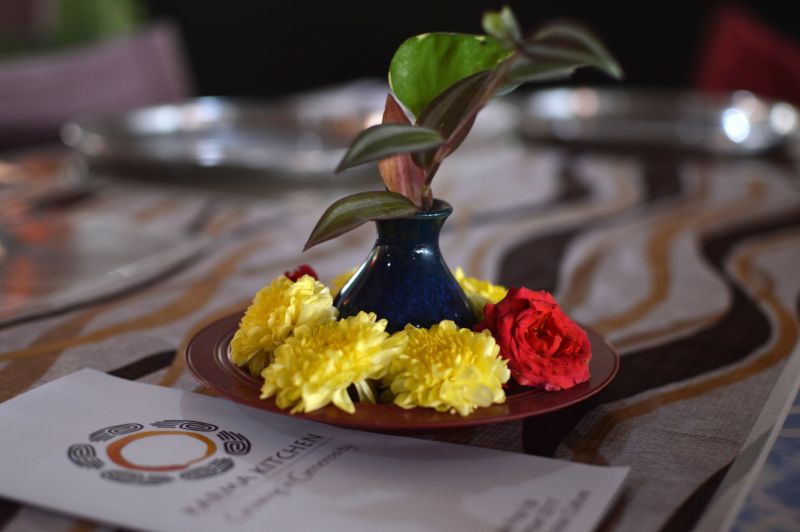 The preparation for the two-hour “pop-up restaurant” started weeks earlier, when Shaalini went around Auroville looking for an ideal location for the event. The team needed not just a physical space that could be transformed into a restaurant for over 100 guests. It also needed a place that shares the same spirit of generosity. As serendipity would have it, after a few inquiries, Shaalini connected with Kalsang Dolma of the Pavilion of Tibetan Culture. What’s unique about the space is not just that it was inaugurated by HH the Dalai Lama, but also because it has been running on gift economy since its inception. The kindred spirit is palpably felt as Kalsang, the manager of the Pavilion, joined the volunteer crew for the entire day, 7am-5pm, from chopping vegetables to lifting tables to “coming to the rescue” when the kitchen ran out of food. 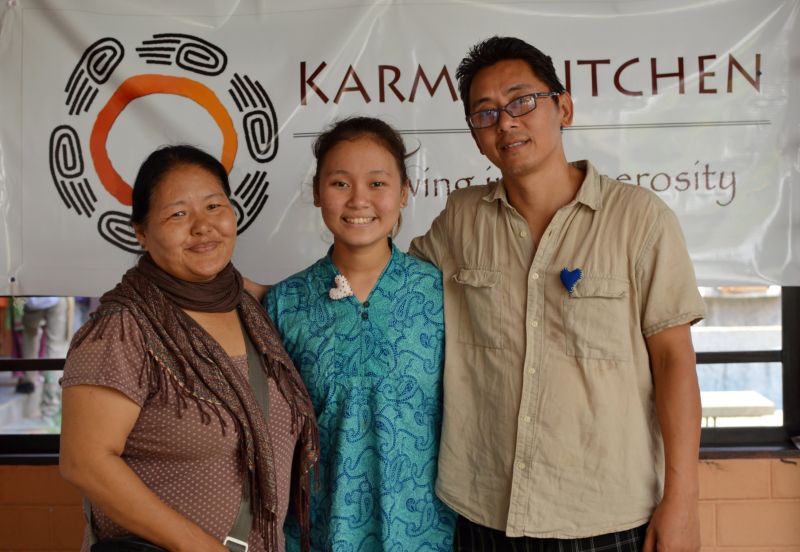 (Kalsang and her family)

Mark also made many a trip on motorcycle to custom-make the Karma Kitchen aprons -- with fine, thick cotton so that it could be used for future occasions in Auroville :) 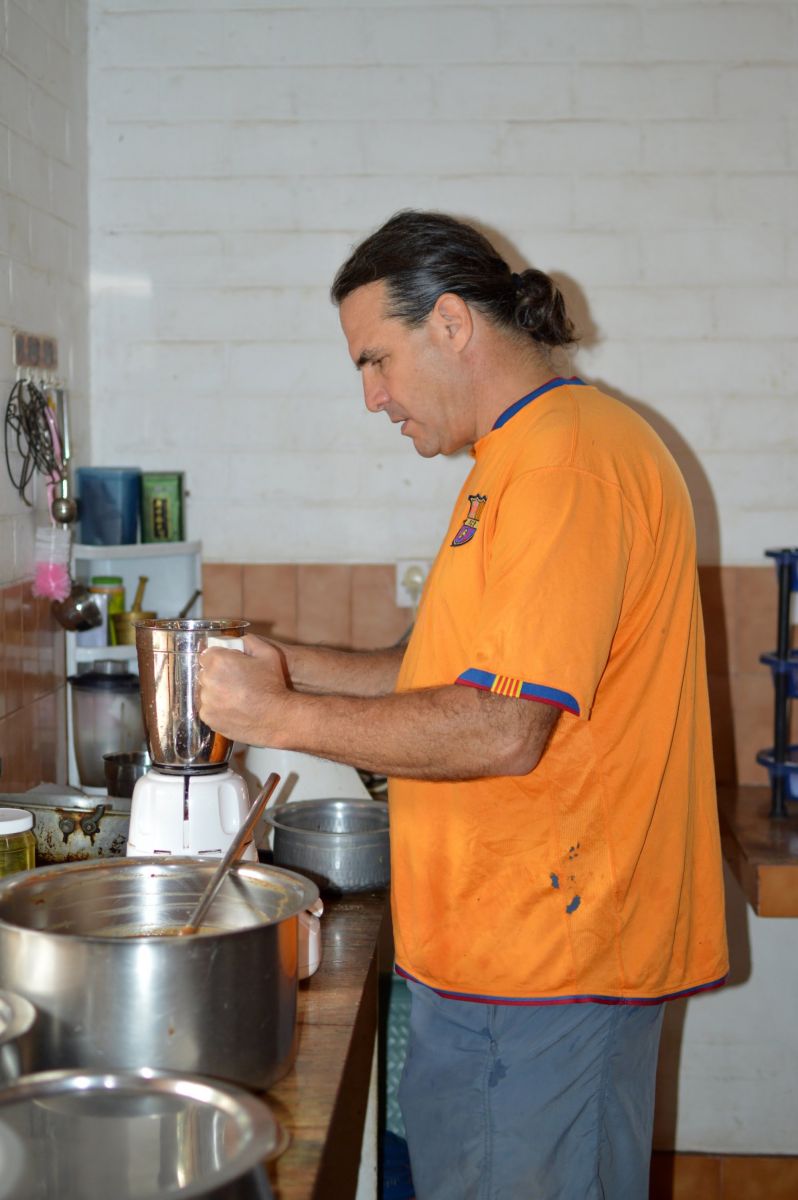 Two days before the event, we started to hear the kitchen team planning the menu as if chanting a mantra: sacks of watermelon, bags of beans… Aabha and Mark chose to forgo participating in the Startup Service retreat and worked the whole day -- without electricity -- in the kitchen to set things up for the volunteers. 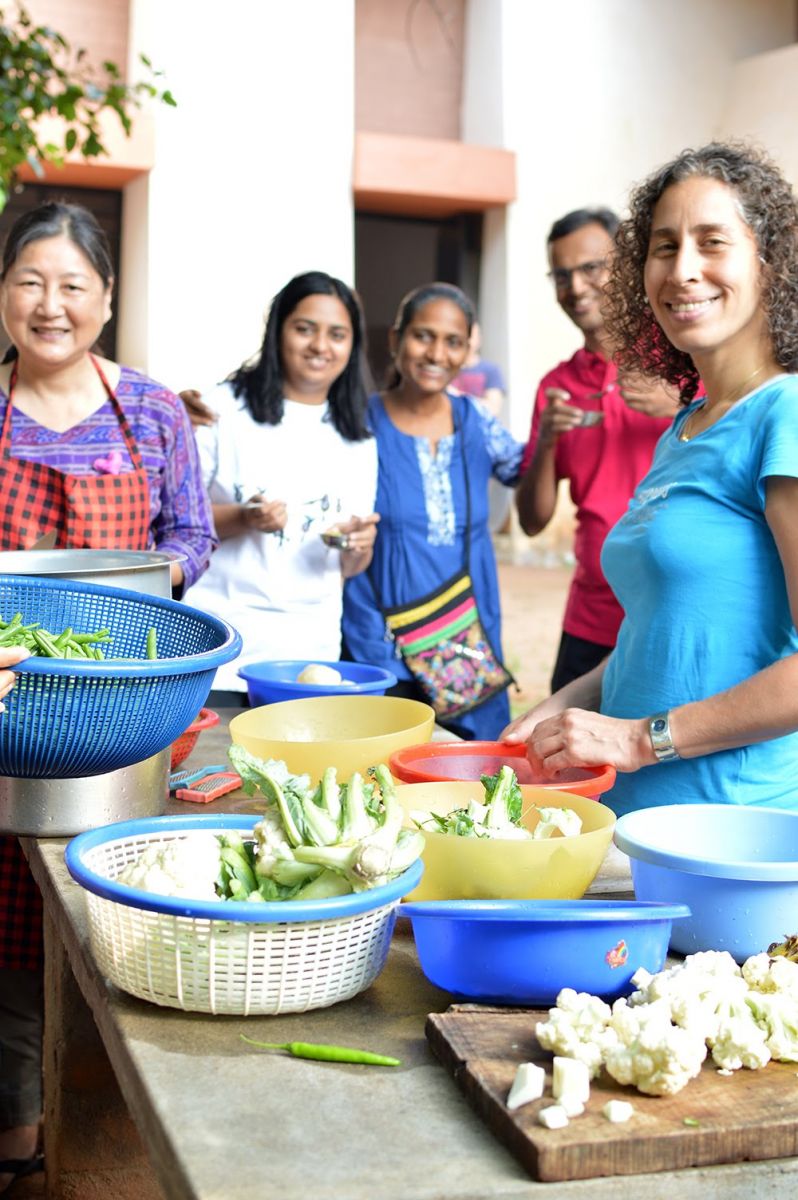 On the big day, many of the 25-person-strong volunteer team chose to rise early and reported to duty by 8am, peeling potatoes, slicing watermelons (at a speed of 30 seconds per piece without losing any fingers), moving furniture, decorating with flowers, setting up a kindness table… Our crew included a wandering Himalayan yogi, a father who just came out of a 10-day silent meditation course, and four Austrians who have come to Auroville just for these 3 days. We even had four kids as full-time volunteers for the whole day, carrying cushions and welcoming guests with heart pins -- in their cute kid-size KK aprons :) 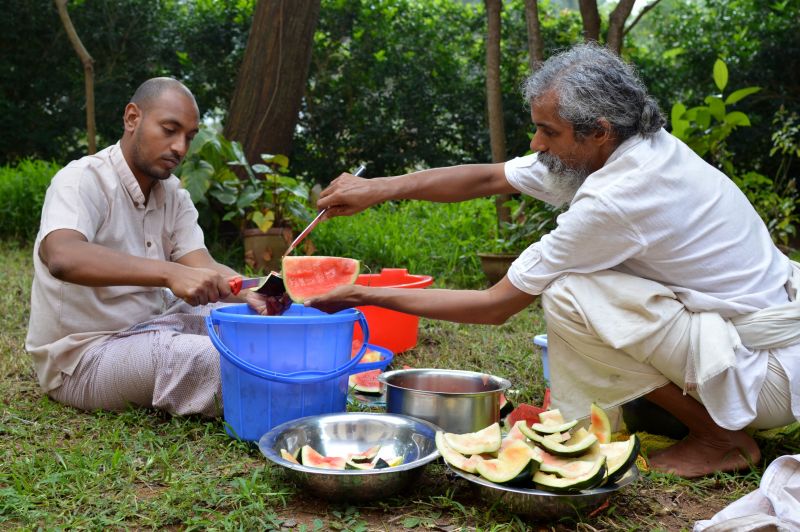 (The Zen of Watermelon-slicing, brought to you by the real fruit ninjas!)

By 10am, the whole volunteer team gathered for a quick circle filled with laughter and excitement. Roles were assigned on the fly: cooking, serving, washing, welcoming. People who have never worked in a restaurant rolled up their sleeves and slipped on the aprons, eager to serve up a feast of love. 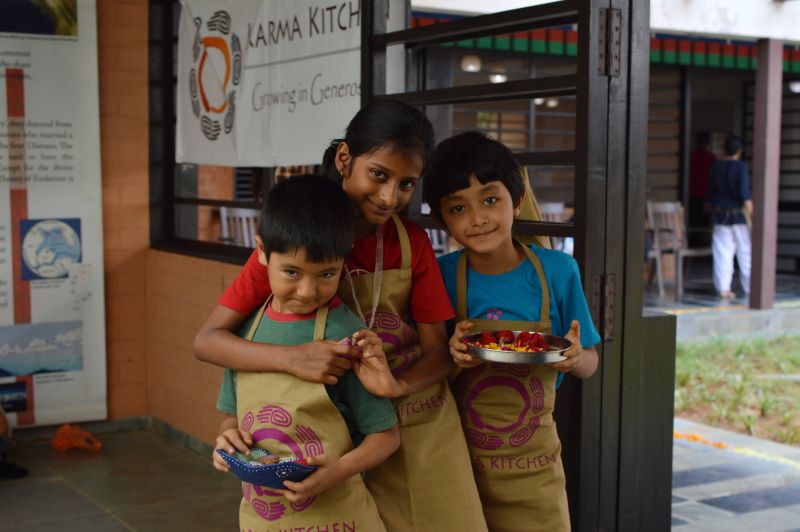 Then, the guests came. First, in a trickle, then, in waves. First-timers, old-timers, big families, solo travelers… “Come, come, whoever you are.” Smiles widened on every face, as bellies and hearts got equally filled to the brim. Strangers sit down at the same table, and witness each other’s journey and stories. New connections are formed, and old ties deepened over a conversation about our shared values. 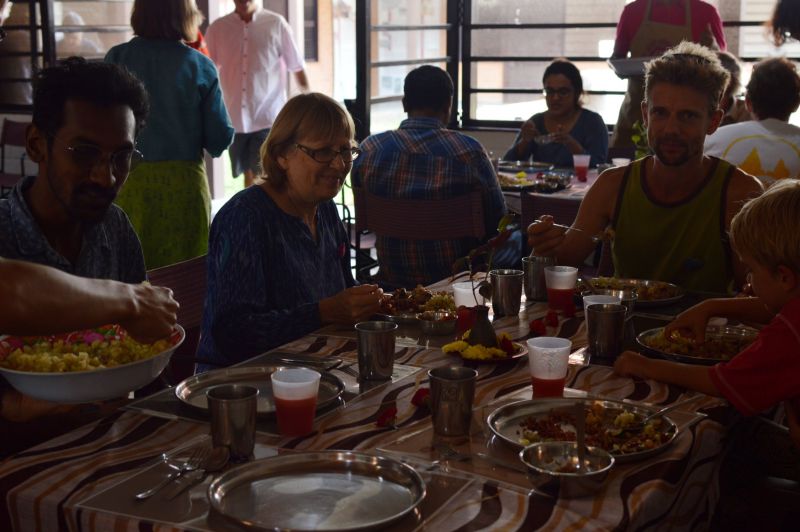 The dishwashing team was everyone’s amazement. They must have washed a thousand pieces of dishes, while singing and laughing. Some people would bring dishes to the washing station just for the joy of watching them in action. Nisha thought the dishwashers would grow roots from standing in one spot for hours! 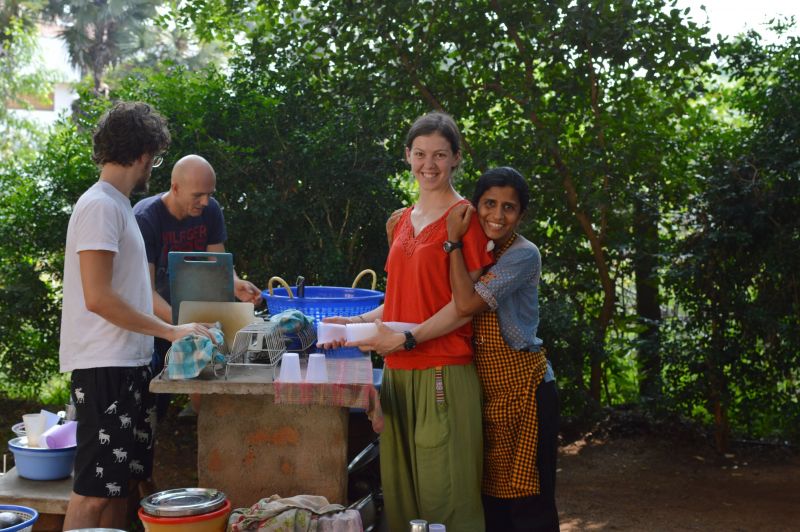 The servers in the front got to witness magic unfold among the guests, as we tried to put some extra love into every scoop of bean salad we were dishing out. Revathi “felt true love while serving the watermelon juice. It didn’t feel like ‘work’, it was something different with all the smiling energy around.” 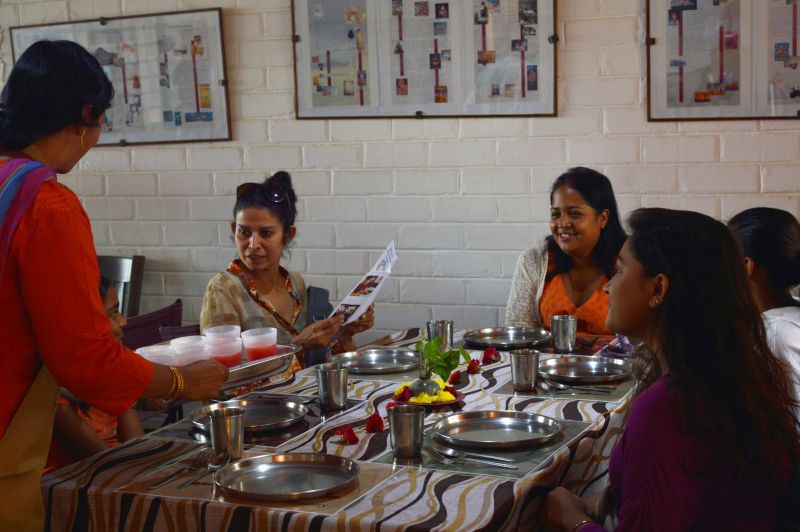 The kitchen kept a steady flow of deliciousness coming. At some point, the kitchen ran out of the main vegetable dish because so many more guests turned up than expected. The kitchen team was like an arrow on a tensioned bow: as soon as the vegetables arrived (with much delay), they went into a total flow, with dishes and hands and ingredients flying in the air, reminding people of the classic scene in the hobbit’s house. As if by divine intervention, the new batch of vegetable was completed right when the first round ran out. 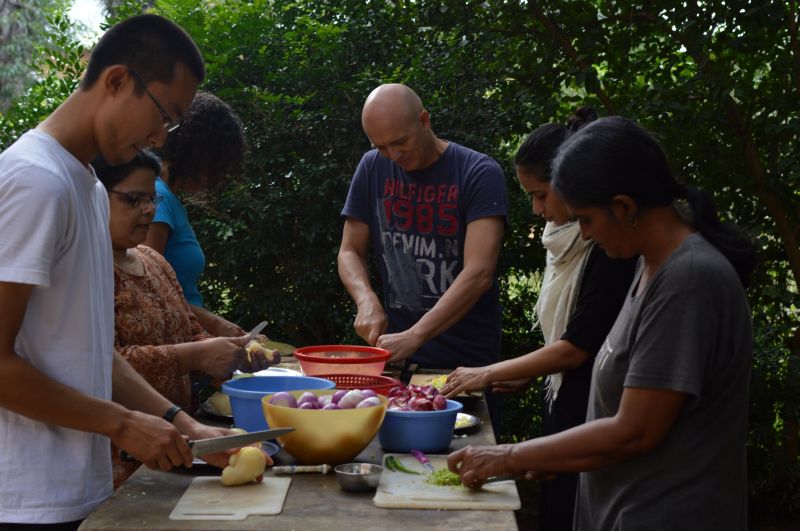 The volunteers were given wise precaution to stick to their roles so as not to cause confusion. But as the day got busier, people organically stepped in and out of various roles to make sure no balls were dropped. With a lot of grace and smiles, it all worked out :) 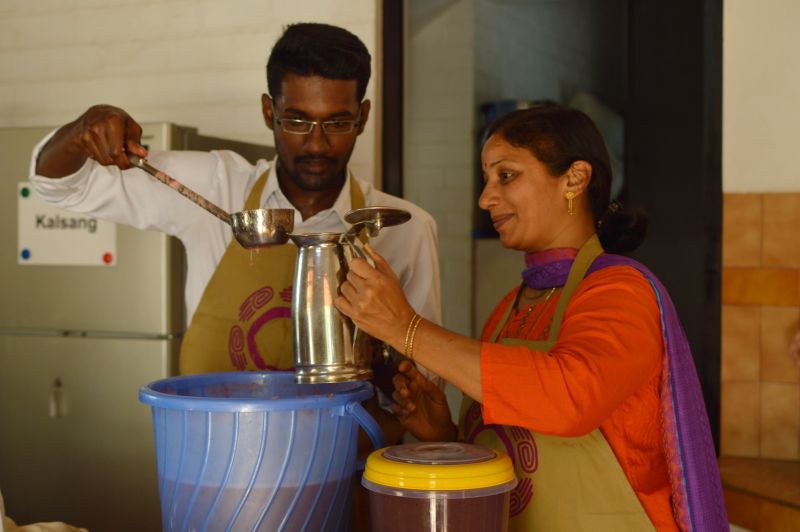 The guests were as much part of the co-creation as the volunteers. And many guests actually became volunteers, well, voluntarily. One young man came alone as a guest, sat down and had his meal, and observed everything around him with some reservation. But by the end of the day, he was smiling wide as part of the dishwashing line. Before leaving, he said, “I feel the welcome and love from your hearts. And now, from my heart to you!” 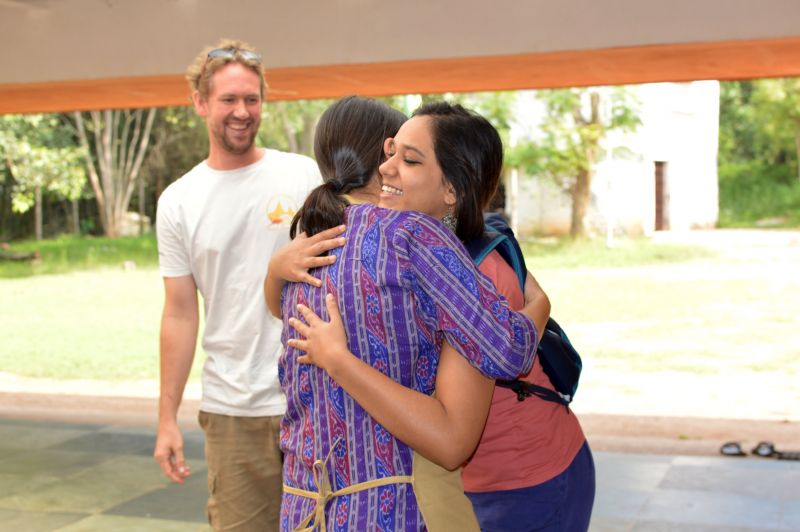 After their meal, many guests simply didn’t feel like leaving. One elderly Aurovilian was unable to finish the food in her plate and requested if she can parcel it to eat later. Kalsang immediately went into the kitchen and bought a box to pack the food. She was touched by this gesture and was visibly moved by the entire experience. As she walked out, she mentioned that she was visiting the Pavilion of Tibetan Culture after many years and she loved the ambience. Then she asked Shaalini where she volunteers in Auroville. When Shaalini mentioned about holding weekly kindness circles with children at Deepanam School, the older woman teared up. She shared that today was very special and she will come back to return the box to Kalsang. And she did come again in an hour with the box and stayed on to pick some cards from the Kindness Table and hang around for some more time. 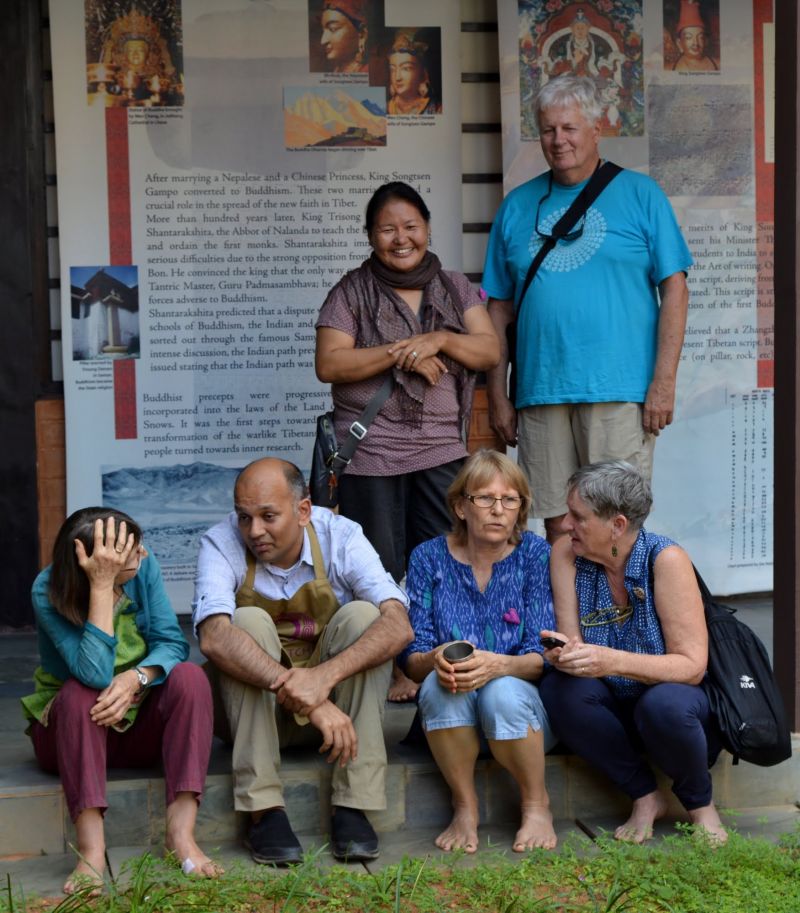 One reporter asked to interview the volunteers. “How can I not write something about this? I feel the love.” (Here are some photos she took.)

The staff at the Pavilion also chose to stay on as volunteers on their day off, after being so moved by the spirit. They told Kalsang, “If these people are volunteering, then we are, too!”

Gopala observed, “Didn’t know how time just flew by! It was lots of hard work, but didn’t feel tired.” 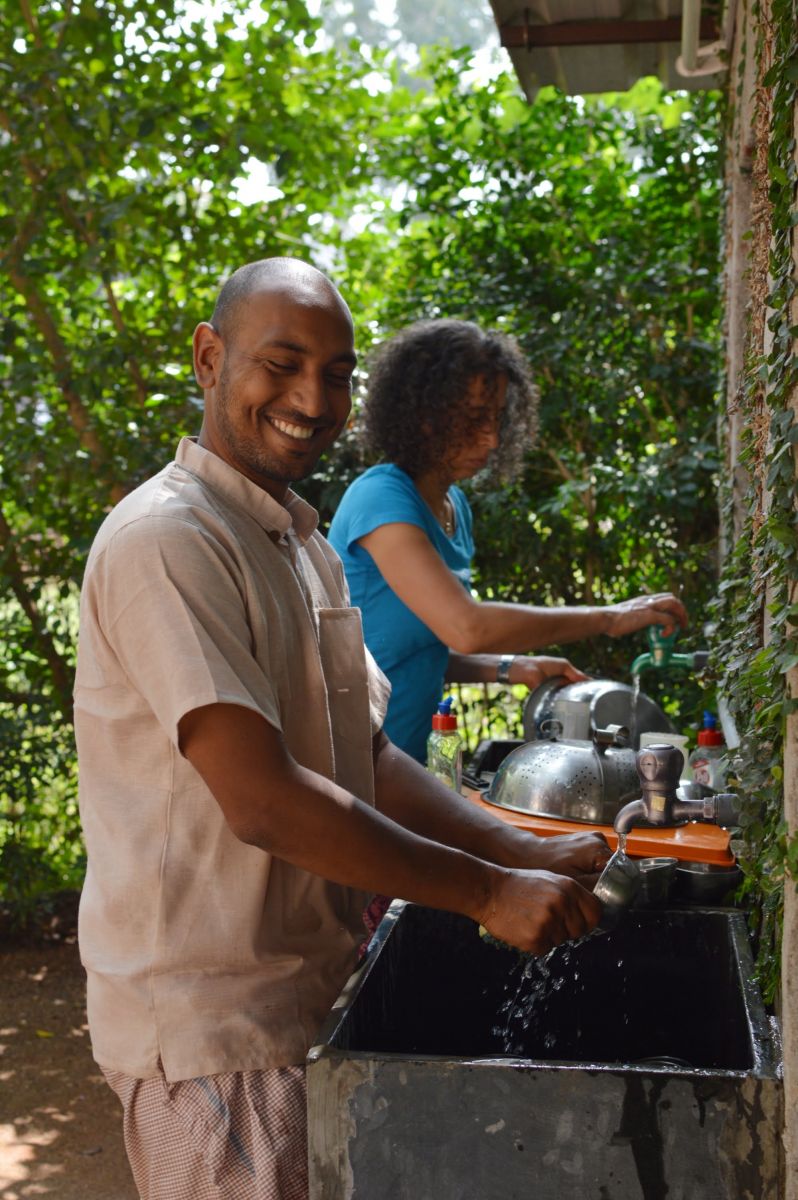 After the final clean-up, the space looked as if nothing had happened on the physical level. But as our friend from “Dreamicon Valley” noted, “When I visited this Pavilion two days ago, it felt like a museum. Today, this space is filled with so much life!” 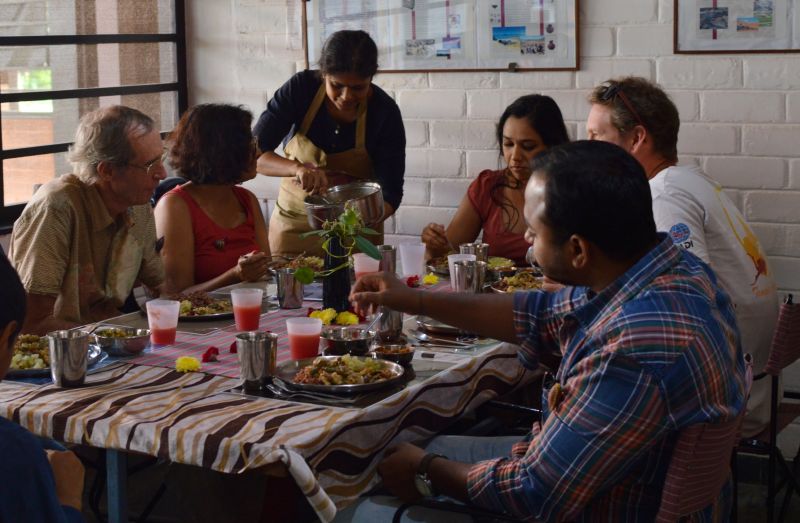 The day was perhaps best summed up by Carollyne, a volunteer from the Netherlands. “I learnt a precious lesson from Aum (our 11-year-old volunteer). He was slicing watermelons when I walked up to him and asked how he’s enjoying this experience. He said ‘I don’t know if it’s good, I don’t know if it’s bad, I’m just doing it.’” 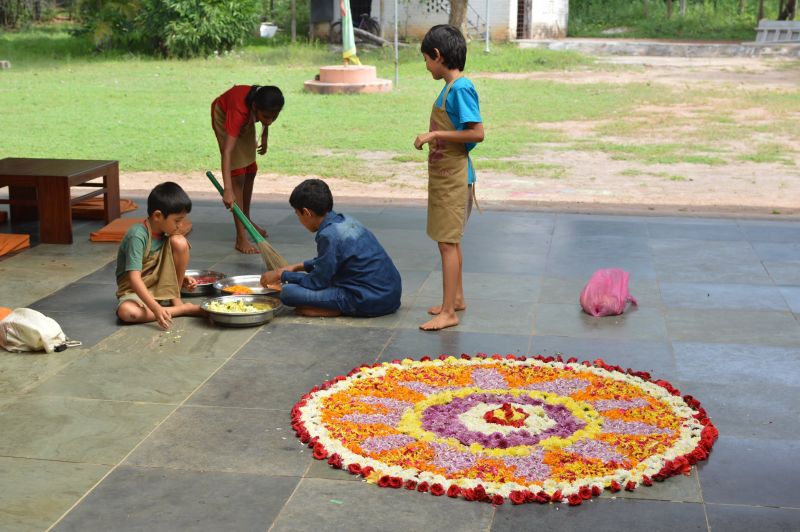 In the end, we are all grateful for the opportunity to come together and “just do it”, and fill the place “with so much life”! 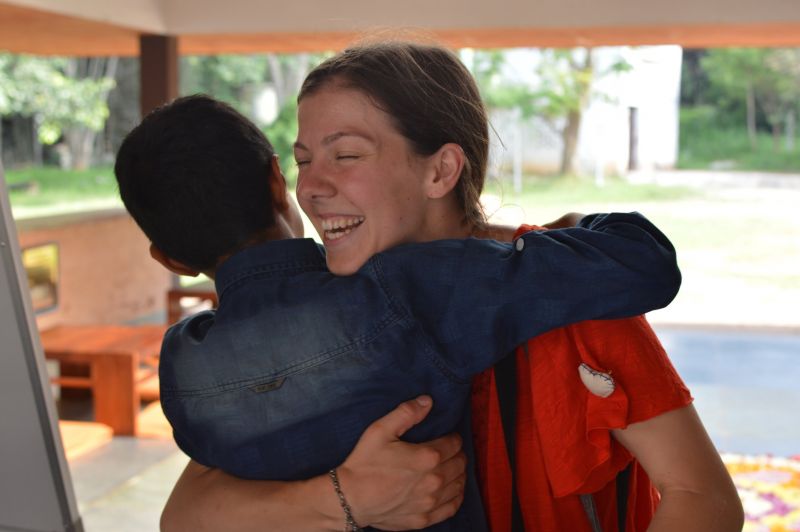 (Thanks to Shaalini for capturing these beautiful photos! Full album here.)