[Aryae opened our Awakin Circle yesterday with this moving story of his son, a homeless man, and the beat of a drum.] 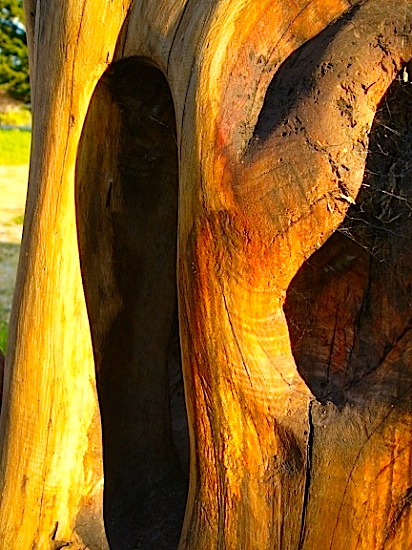 There was a guy named Ken, who was a homeless guy in Half Moon Bay, where we live. He'd lived under the bridge at Main Street. He lived in his car and he made woodcarvings. So he had all his wood carvings lined up over there under the bridge, and he would just be hanging out there during the day.

At the time, I had just gone through a really painful divorce, my life was just kind of very unsettled. I was feeling very unsettled and unhappy, wondering what I was going do, what was going to be in my life.

One time, I was walking along Main Street with my son, Adam, who at that time was about 12 or 13 years old. He was just beginning to get interested in drums.

He said, "Dad, I want to show you one of my drum teachers."

So he takes me over, under the bridge, where Ken is. And he said, "I'm learning drumming from Ken."

I said, "What?! You're learning drumming from this homeless guy who lives under the bridge?"

I wasn't too happy about the whole thing, but I came down, and met Ken. And I learned his story.

Ken had been a high school teacher in Redwood City nearby, and life had thrown some problems at him. He lost his job, he lost his marriage, he lost his home, he lost everything. He didn't have anything.

But as I was sitting there under the bridge with Ken, I noticed he was very calm. He seemed like he was fine. Life was just beautiful.

I asked, "Ken, how come I'm feeling like I'm really not happy with my life? I have so much, and you don't have anything. What's going on? How can you be so happy with your life?"

Ken pulled out a drum, and he started beating it.

And he started playing his drum.

Then Adam -- you know, at 12 years old -- sits down, and he starts playing a drum, too. He was present. And when he was present, how that showed up for him was the drumbeat -- that was the basic heartbeat.

So Adam became part of a group of kids who went down under the bridge every Tuesday night and played drums together with Ken. At that point, I felt just fine about it. All the other parents of the kids felt fine, too. We were sure that the kids were in good hands.

Adam and his friends learned about contacting that basic heartbeat.

What does Adam do now? He's a music teacher in San Francisco. He goes to schools in all different neighborhoods. He says sometimes it's very chaotic, especially in the poor neighborhoods. Some of the kids are homeless, or they're not sure where their parents are going to be; there is so much going on in those kids' lives. And the way he teaches kids how to play the drums is he walks into the room. Then, rather than stand up in front of the room and instruct them -- rather than say, "Here's what music is about. Here's the C scale. Here's the D scale." -- he just sits in the room and watches the kids run around and throw stuff at each other and do what they do.

Then, he starts beating the drum.

Eventually, the kids pick up on beating the drums. And they find the beat that holds them together. That's how he starts his music lessons.

He told me about this one girl, who actually is homeless and doesn't know where her father is and her mother has some problems. No one in their family has graduated high school. She started playing the violin and she's very excited. She wants to go to college and become a musician. And he's encouraging her.

There's Ken, still under the bridge in Half Moon Bay. He's not into his narrative about what life has done to him. He's just with the heartbeat of the present.