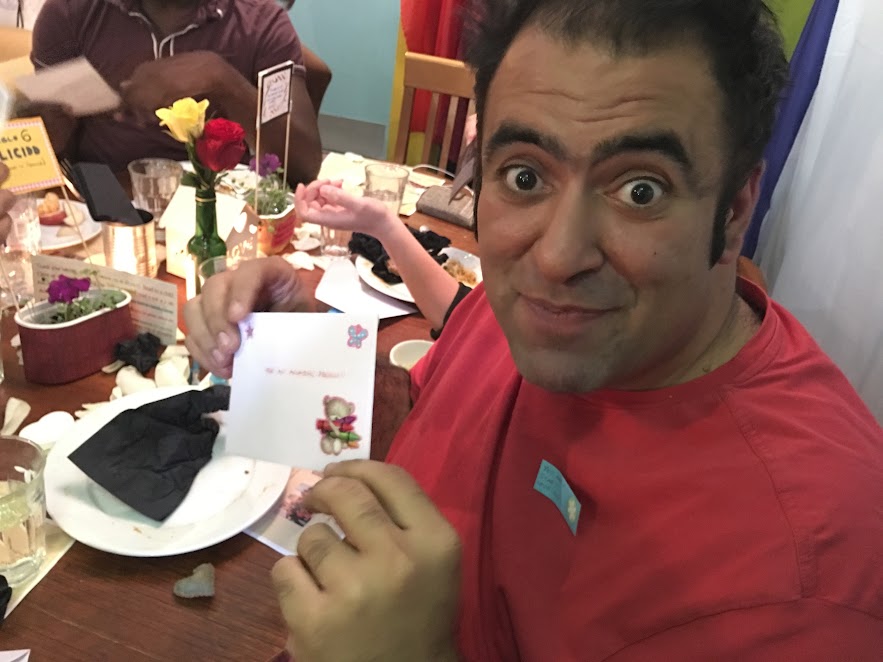 The invitation to last week's Karma Kitchen event in London included links to RSVP to serve, or to dine, as well as suggested ways to
be involved, such as making pay-it-forward gifts for the kindness basket or writing anonymous Love Letters ... 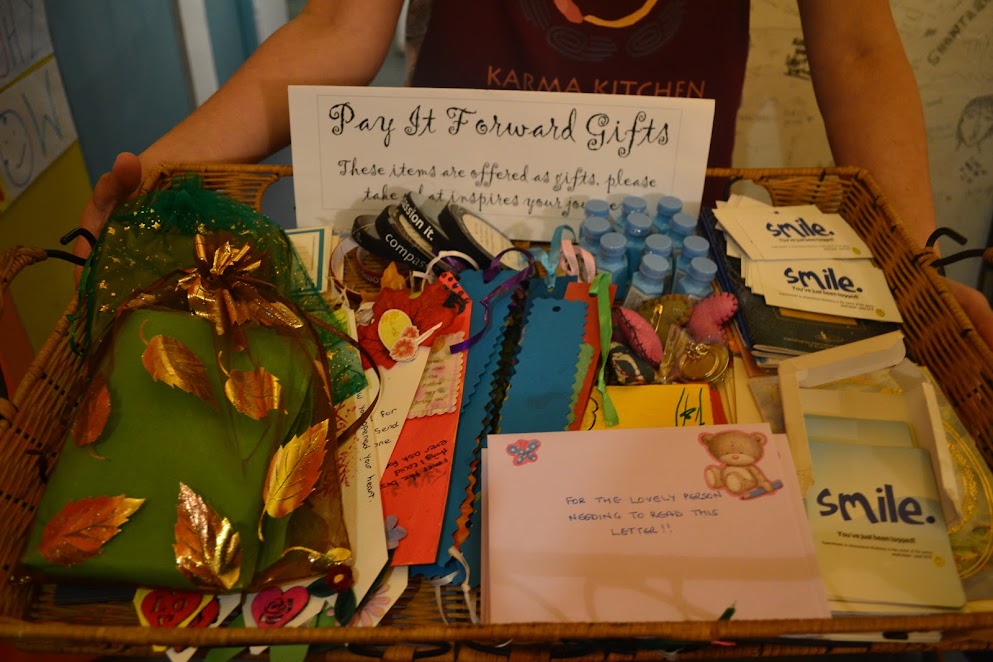 One diner, who would have liked to have volunteered at the event yet had found the practicalities would not work for them, expressed their wish to serve in another way, by writing 10 Anonymous Love Letters, which they later refer to as Letters "From My Heart To Yours", to connect with and share loving kindness with another person, an act of service to hopefully uplift the heart of the recipient as well as warming and filling their own heart with gratitude and joy.

In an email afterwards, they expressed all the details of the thoughtful process of aligning their head and hands with their heart, how the experience has revealed a creativity they did not know existed within them, may even perhaps be a calling.

In the spirit of sharing inspiration, here's what they expressed..

"It was such an honour and privilege to write love letters in the form of serviceu to enhance the experience of Karma Kitchen for everyone involved with this project.

I had no idea how I was going to write these love letters since it was the first time I had volunteered to do something like this. All I knew was that I have always loved writing letters and I have often been told that I write beautiful letters and everyone loves my handwriting.

I had visited the Love Letters website and found out how it works and was very inspired by the fact that a letter could make such a big difference to somebody's life. With the Love Letters project, people ask for letters to be written so the writer has a name to write to and sometimes a reason as to why someone would like a love letter written to them. I also read that it would be good to be creative with the type of stationery and colour of writing pens used.

I decided to write my love letters on a wet Wednesday afternoon. I got my stationery and pen kit out. My stationery kit happened to be letters that had "avec amour" meaning "with love" imprinted amongst pale yellow and purple flowers. I thought this was true synchronicity. I decided to use different coloured pens in order to help people decide which letter they may want to pick up if colour was important to them. I started writing by thinking about who would I write to so I had to be creative in how I started the letter. I felt my letter had to be a positive inspirational letter and since I did not know who who would decide to take a love letter and read it I had to think of certain situations in my life or in other people's lives that would benefit from some positive communication. I also had to be creative about how I signed off. I also wanted to give the reader something extra so I put a little sticky slip on the top of the letter and wrote a positive affirmation that was reflected in the body of the letter. As I put the letter in the purple envelope, I had to decide how to address it and how to make it more attractive. I tried to address it in a way that the recepient may get an idea of what the letter insde is about and used teddy bear and star stickers that I had at home to decorate the envelopes.

I managed to write 6 letters on the first afternoon and then found some desk calendar pictures with positive affirmations that I had saved. I decided It would be nice to add one of these to each letter as an extra touch. I therefore looked through these calendar pages and found 6 that matched the message in the Love Letters that I had already written. I then looked for 4 calendar affirmations that I thought would be positive and inspiring and wrote 4 letters the next day to match these affirmations.

I found the experience of writing these love letters very gratifying and full of fun and excitement since it brought out a creative side of me that I did not know existed. I also realised that I wrote totally from the heart and thought of the person who will read this letter as someone who really needs to read this letter. It gave me a true sense of service from the heart. I even wondered whether this may be the purpose of life that I have been searching for years!!

I would just like to add that although these letters are called love letters, I would call this service - From My Heart to Yours.

Thank you for giving me the opportunity to serve in this very heart warming and inspirational way. I felt amazing when I finished writing all the 10 letters. "

One person, who happened to pick the last letter from the basket of gifts, held the unfolded letter closely to their heart, saying the words written spoke precisely that which was appropriate and necessary at that moment in their journey.

Just the way water finds the way through the rocks to the ocean. When the heart is called to serve, it finds a way to serve, precisely where it is needed. :)