"Shield your joyful ones." —from an Anglican prayer 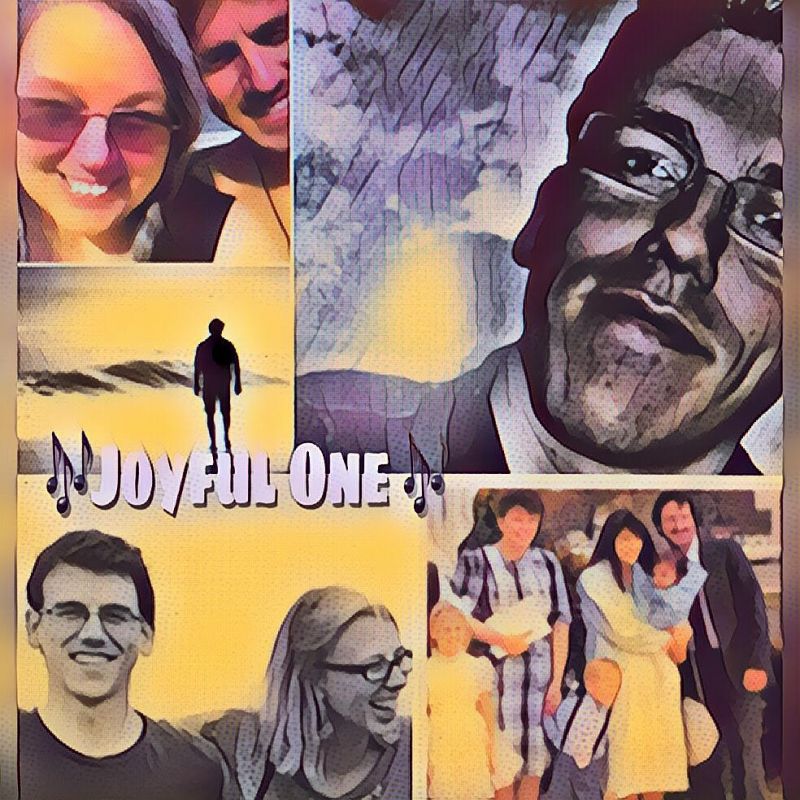 On KindSpring a few days ago, a friend shared a beautiful poem by Thomas Lux called "Ode to the Joyful Ones."

My son Benjamin has been missing since March 2, 2016. That is Benny with me in my profile photo and this is his NAMus.org case file page: Benjamin Morse Archer.

The photo in my profile was taken in the summer before he disappeared, around July 2015. Today is Day 452 since he left. At first I pushed myself to find him in any way I could. I walked in the State Park where he disappeared, I wrote hundreds of letters, made dozens of calls, walked the streets handing out his flyer. Then my body collapsed. I got very sick. I almost gave up hope.

I started coming back to KindSpring and ServiceSpace and reading little posts here and there. I started my (M-F) daily under1000skies posts again, my heart song and service for connecting homeless creatives. Ben helped me with that a lot with his photo contributions and encouragement.

After pushing myself hard day after day, then getting really sick, I found I had very little to give, I felt. I was hanging on by a thread most days, but I tried a little more. And a little more.

Slowly I found that when I turned my attention to beauty, to goodness, to kindness, it filled my soul and heart. I got stronger. I began to actively seek joy. I realized that joy and goodness and kindness and gentleness -- all the beautiful things in the world, speak very softly, but they are everywhere. The breadth and width and depth of this endless pool of goodness filled my heart -- I saw so clearly how I could tap into this at any time!

I learned that bad news, grief, all the clamoring, discordant things we clash into every day -- those are very loud. It is easy in the dissonance to miss the soft whispers of goodness and love.

With practice, I began to get better at listening. The less attention I gave to worry, to grief, the clamoring ugly things, the more easily I heard the gentle whispers of goodness, kindness, and love.

So when I found this poem, "Ode the Joyful Ones," I read it several times over the next few days, and its beauty grew in my heart. I clearly saw my son Benjamin in this way. He was like this all his life. So quick to laugh, such a vivid imagination. Even when he was a very little boy, he would constantly say things to delight me. "Does coffee make you cough Mom?" or "Look at that flower Mom! Look how the light hits it!" Or, "Do you think the toast misses his brothers in there?" (In the bag of bread).

We have an investigator helping us now. He told me we have to look for our Benjamin in two ways: as if he is dead, and as if he is alive. On a practical level I understand this. I have even had well-meaning friends say, "He has probably transitioned from this plane." Perhaps, but as a mother, I can never ever think of him as anything but alive in the world until there is absolutely no hope left of that.

Ben lived with us twice as an adult, once in 2012-13 and again from late December 2015 until March 2, 2016 when he disappeared. The first time he lived with us, I saw something in him that had changed. He was very quiet and withdrawn. He had had a bad breakup, a difficult job and was at a crossroad.

When he came to live with us again last year, he was just like the little boy again -- filled with joy and wonder. He had found faith, yet still had endless questions which delighted him.

ODE TO THE JOYFUL ONES
by Thomas Lux

“Ode to the Joyful Ones” by Thomas Lux from To the Left of Time. © Houghton Mifflin Harcourt, 2016.


Every single day Ben was with us in the months before he disappeared, he was joyful. We had the most beautiful walks and conversations together. He found something truly wonderful to be grateful for every single day.

I believe he searches still.