In February 2014, five fellows came together for a "30-Days In-turn-ship" program, a small experiment in selfless service through the lens of inner transformation.

As part of our program, we had gone to Santram mandir in Nadiad. One of our collective practices was to do shramdaan (gift of labor) every day.  We decided to clean the temple premises. While Audrey and Swara started cleaning the inside area, rest of us started clearing the entrance area of the temple. One day back about a hundred thousand people had gathered at the temple. There was a lot of plastic waste and large piles of footwear all over the place.  The local shopkeeper told us that this happens every year when so many people come and misplace their shoes.  All of these lost foot-wares are dumped along with other waste. While we continued cleaning the plastic waste, one of our youngest "in-turn", Meet, came up with the idea of finding the other pair so that someone might be able to use them. 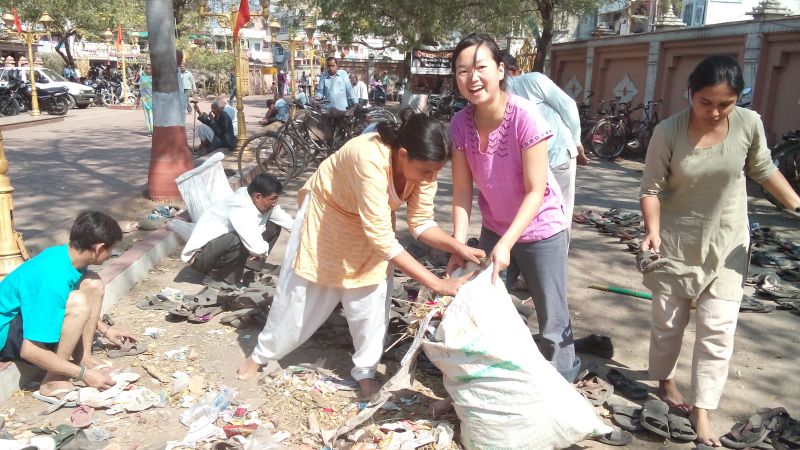 We agreed but it almost looked like an impossible task. In the limited time, we had to sort out some 300 footwear. Almost all of them were black in color and looked similar. On the other hand, summers were arriving and for people in villages, a pair of shoes would save there one day wage, so we decided to go ahead. We started bifurcating in three sections, male, female and children. Later started placing all the right side footwear on one side and looked for the left shoe. Bit by bit we started getting pairs and the dump started clearing into a straight line of shoes.  It was interesting to see the transition in the response that we got from the people passing by. Initially, they just saw the act from a distance, a few minutes later they got involved by pointing us the shoe pairs from a distance and at the end, few of them started helping us. While we were on our job, an old lady came to us and asked if she could take one pair for herself and we all smiled and encouraged her to find a pair that fits her. 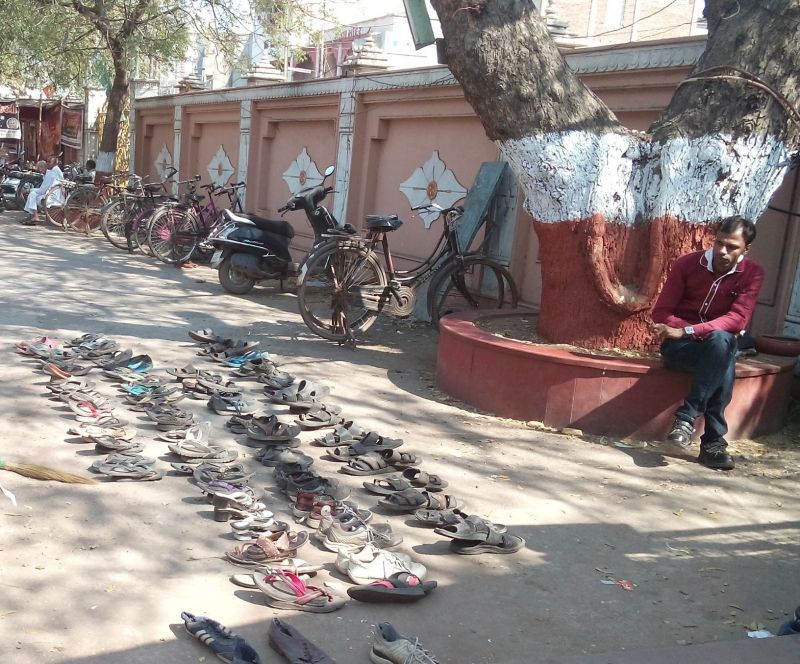 I was reminded of Gandhi ji’s shoe story and how a little flip in the head can turn a waste to a resource:-)