[On Day 3 of Gandhi 3.0 retreat, we had dialogues on various topics -- like leadership.  Rajeev Peshawaria made a very lucid case for three myths around traditional leadership and three sources of 'leadership energy'.  Below is the transcript of his talk.]

We have a $80 billion black hole, the amount of money we spend on leadership training every year. Let me begin by telling you about the three big myths around leadership that creates the black hole. Some of them might surprise you. 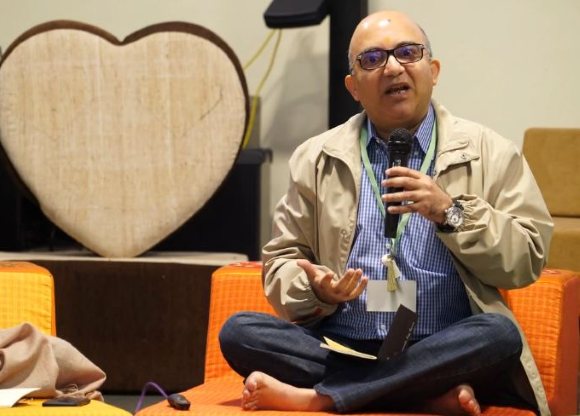 What do I mean by that? Right when we have kids, we love and reward kids that listen to us and obey. Anybody that asks too many questions, anybody who's some sort of rebel, we whack them into submission. So right from when they are young, we reward followership and start confusing it with leadership. This continues when we head into higher school and college, where teachers and professors reward kids by giving good grades when they do exactly what they're told in class.

I will never forget my own MBA education, where I took a course on international relations. In those days we were talking about the power balance between U.S. and U.S.S.R. This professor had a really unique take that nobody believed, but he said, "I won't penalize you for your political opinion. Write what you think and give me your deductive logic. I don't need you to parrot what I said. I will not penalize you for that." I said, "Great." However, my college friends were quick to warn me, "Don't believe a word of what he says and write exactly what he says." So I did. I got an A grade, but I was only one of two people that got an A grade. All those who talked independently and wrote independently got Bs, Cs, and Ds. Right from school and college, we want followership in the name of leadership.

Then, we go to work and if you work in large companies like I did, my leadership behavior was measured by what my subordinates were saying about me in the employee survey. Very quickly I learned that I need to please them. Pleasing, which is another form of followership, is confused for leadership in the corporate world. You become a CEO and you ask your board, "Hey, here's a brand-new vision, a great new strategy to change the world. Let's do it." The first question the board asks is, "Where is the McKenzie report showing the best practices that any companies have done before?" Again, followership is rewarded for leadership.

The second myth is this: position and power is confused for leadership.

We automatically believe the prime minister of the country is the leader. We automatically believe that the CEO of the company is the leader. No, they are the boss. The chair is not the leader. Leadership is not about the chair. That makes you a boss. What makes you a leader is what you do on that chair. Very interestingly, on the one hand, we are confusing followership with leadership. On the other hand, we are confusing position power with leadership. Go figure.

Finally, the third myth: my leadership is for me. We believe that our leadership is for our benefit. I will work hard, I will go up and get to the top so that I can enjoy the benefits. Who told us that? But that is the general belief.

These three myths, until we bust them, we will not crack the $80,000 billion problem.

I spent two years of my life researching this. If this is not leadership, what is? What emerged was my first book: Too Many Bosses, Too Few Leaders But I have to confess here that my answers didn't come from research. The answers came, at least what I believe to be answers, came to me through meditation and through reflection.

As I meditated, as I reflected, I was reminded about the time when my parents died 20 plus years ago in a car accident together -- in a small town of Amritsar in Punjab.

At the funeral, I noticed that entire town had come for my parents' funeral. Thousands and thousands of people pouring in. I couldn't understand. My father was an accountant, an ordinary citizen, not a very rich person. Why did the whole town come? He's not a leader in the traditional sense -- he's not a Neta, he's not a public servant, he's not ... so why? For the funeral, there was a traffic jam. Nobody could get in. Everyone wanted to pay their respects.

In my grief at the time, I looked around and saw people I hadn't seen for years. I remember seeing an elderly gentleman who carried me in his arms when I was a baby. "Uncle, you came all the way?" I asked him. He replied, "I have come to salute your father. He never had much, but whenever anybody asked him for anything, whatever he had, he gave. There are not many people like that, son." I asked another person the same question. He said, "In the sea of corruption that taxation is, your father was one beacon of honesty. Never took a bribe, never gave a bribe, never did anything wrong and I've come to salute him." I asked a third person and heard a similar response. "Well, he had the courage to fight against injustice. Never ever was he scared. He had so many powerful people wanting to shut him down and even life threats because he was creating havoc for corrupt people, but he was not scared. I've come to salute him."

A burning desire to create a better future is what I understood to be leadership. But I also understood that the moment you have a picture of a better future, you start creating change, you get resistance. Two kinds of resistance. Resistance from the whole world, which tries to put you down, as was happening in my father's case, and was happening in Gandhi's case and was happening in Mandela's case, and in so many other cases. Anybody who tried to change anything faced huge amount of resistance from the world, isn't it? The second resistance is inner resistance. Do I really want to do this? Do I want to spend my life serving others or do I want to spend my life getting rich and famous? There is that inner turmoil and inner resistance and there is this external resistance.

Then, the big question is -- what is the main ingredient of leadership? What we started discovering in authentic leaders is this deep, intrinsic, inner energy. Almost a spiritual kind of energy, and I don't mean physical energy. Where does Gandhiji get the energy to keep going against the biggest military power of its time? Where does Jayesh-bhai keep getting the energy to go day in and day out to do what he's doing in this sacred place? Where does Nipun get this energy from? All the people that I'm watching here, all you beautiful people, where do you get this energy day in and day out? You know you can't learn this in a classroom. 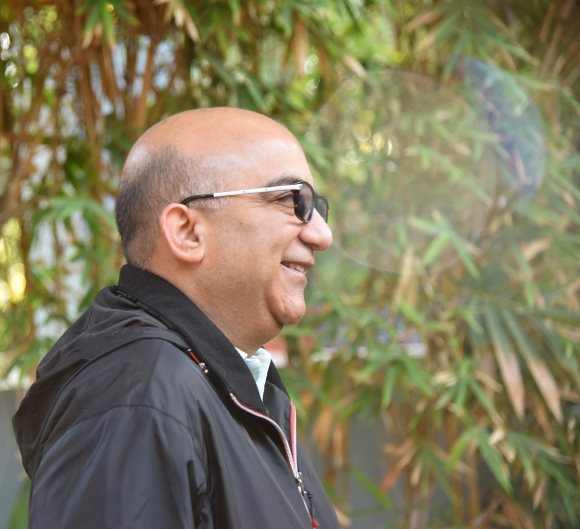 One is, deep clarity of values. What are those three or four principles that I will never give up no matter what happens? I want to emphasize that when Gandhi said the value of non-violence, he said, "For this purpose, I'm prepared to die, but there is no purpose for which I am prepared to kill, even if it means harm to myself or my family." That's what I mean by never compromising those values. Lot of people say, "I know what my values are," but they really don't, because they're cheating themselves all the time. When we say deeply held values, it means something you never, ever compromise.

And third source of leadership energy is something that is very familiar to people in this room -- the power of the mind. It's what we do in the silent room every morning at 7 o'clock. It's the power of human thought, human attention, and human intention. Those three words. Power of human thought, Is it true that hearts manifest reality? Is it true that hearts can move reality?

Leadership is not followership, is not position power, is not for my benefit. It's the art of creating a better future and harnessing your energy to do it. Thank you very much.