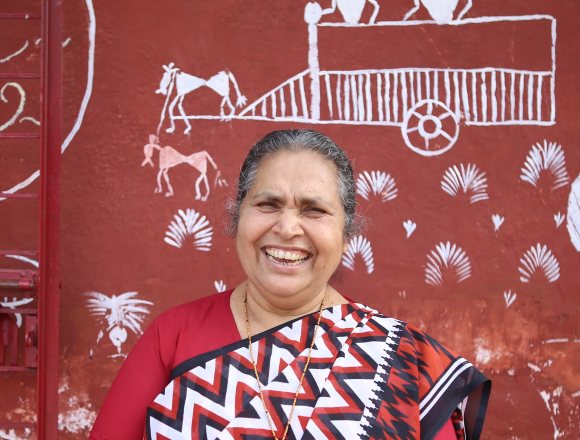 Last week, a few of us from Gandhi 3.0 retreat joined the 20th anniversary celebration of Maher, a beautiful organization started by the most loving mother -- Sister Lucy! In Marathi, Maher translates to mother's lap.

As we entered the venue, the first thing we noticed was a gallery of Maher's different projects. It was so moving to see the myriad different projects that Sister Lucy had initiated -- for vulnerable children, abandoned women, vocational training institute, special needs folks, mentally ill women, old age homes, and so many other projects. You name the cause and she had worked for it, and helped transform countless lives.

More than 7 thousand people attended the day's festivities. The evening session had guests like Smt. Pratibha Patil (former President of India), Padma Lila Poonawalla (founder of Lila Poonawalla Foundation) and Jetsunma Tenzin Palmo. And yet, all of Sister Lucy's children were the ones organizing, managing and volunteering at the event. Even the emcee was one of her kids. All the distinguished speakers expressed deep admiration for Sister Lucy and Maher's wonderful work of 20 years.

Since the former President was present at the event, there was high security and the police were shuttling people here and there. In all the grandiosity, what was most touching for me was experiencing the humility, love and presence of Sister Lucy. It so happened that while she was escorting Smt. Pratibha Patil and Tenzin Palmo on stage, she saw us in a distance. Immediately, she broke into a big smile, waved at us and started blowing flying kisses. I couldn't imagine this. In such high-pressure situation, where she is escorting the former president and has to be on stage and speak in less than a minute, she not only acknowledged us but showered us with love.

Later in the day, we visited the home for mentally challenged and meditated there for some time. It was jaw-dropping amazing to see how each and everyone was so happy. I've never seen such a sight, in such a difficult context. All of us marveled at how Sister Lucy has managed to accomplish so much in just 20 years. What a humble and graceful soul she is! 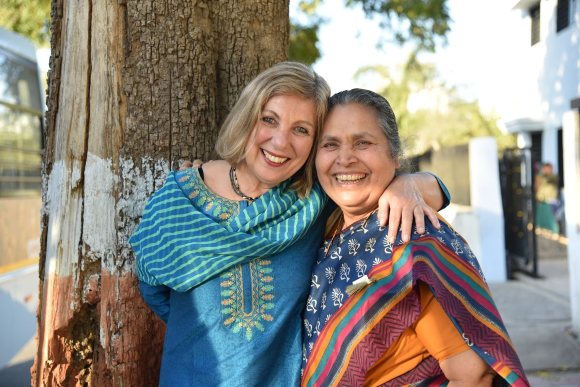 Christine, one of Sister Lucy's friends and long-time supporters, said that Sister Lucy was deeply moved by the Gandhi 3.0 retreat. And because of the retreat, she found the courage to act on what she had dreaming about. On Thursday, she launched the inter-faith association. She said, "All this while I felt I was alone, but after the retreat I knew that I was not alone in this journey."

Always with you, Sister Lucy. Thank you for being an example, an inspiration and a mentor.