Just saw this post on Facebook, by Danny:  "Join us tomorrow evening for a mid-week recharge at Awakin Meditation at Sol Harvest Farm at 6 pm. Wishing everyone a peaceful week." 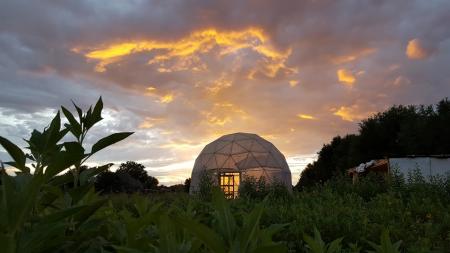 And here's the two-minute version of the back story. 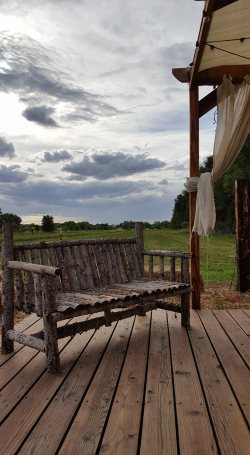 Danny randomly shows up to Awakin DC and becomes a regular fixture. He is blown away by Nimo's performance and circle at our place and listens to Nimo's album daily. The day before Nimo leaves DC, we were all walking through the park helping to shoot a video and randomly run into Danny, who is sitting on the park bench. Danny is really bummed out, feeling stirred up by Nimo's performance and not knowing how to move forward. He considers random encounter with Nimo at the park as a "sign" and invites him to New Mexico to perform a few weeks later. Danny goes back to NM for the performance and meets Sherry, who is hosting the event at her farm.

They build a deck just for Nimo's performance, and Danny is so moved by the entire experience that he quits his job and moves back home to New Mexico. Him and sherry are now in love, he hosts weekly Awakin gatherings at the farm, and is exploring a simpler life style closer to the land.

And I guess that is how ripples happen. :-) Just happened to see his post today on FB and was blown away by the beauty of the farm and had no clue that he was still hosting Awakins! They are really taking on a life of their own.

Oct 22: Shawn Brown on 'Trupti Pandya: Adding Compassion To The Prescription Therapy': "Interesting topic for a blog. I have been...