It has been already 6 Karma Kitchen evenings in Burgos, part of the planet we now call Spain :)

“No more pain in Spain” said Jayeshbhai when we left India 3 months ago :)

Still far from that. Yesterday I learned how only in Spain 4.000 people commit suicide every year. Many of them at a young age. It looks like isolation and lack of empathy are some of the trigger points that make people take that self-destroying step. In the face of this reality, the facilitation of an emergence of a culture of kindness looks like something which goes to the root of such big problem. Thank you for what you are doing :) I think spaces like Karma Kitchen have a lot to say on this and I am sure you know this too :) I am so happy we are walking together in this direction and helping set the base of a culture of loving kindness which can prevent such terrible things to happen.

Thinking about the ones we lost, but also thinking about what we are gaining, I wanted to share with you few lines about how the Karma Kitchen experiment is going in Burgos :)

So many things to celebrate from these 6 KK already, but I choose 3 :)

We have had a lot of young people volunteering like Rafa. We met around 10 years ago. I was playing a soccer tournament (I was 19) and he was a kid, 11 year old. Somehow he connected to our team when he came to see us to the field... He connected a lot with us and kept coming to the matches. He was our greatest fan :) After playing some more summer tournaments in his village, we didn't come back, but relationship was still there. Now, many years later, turns to be that Rafa has become a teacher, is such an skilled singer and composer, and has a great sensitivity towards social issues and inner transformation :) He has come to the last few KK and has inspired few friends to join the ReLoveUtion and see with their eyes that a kind world is possible :) 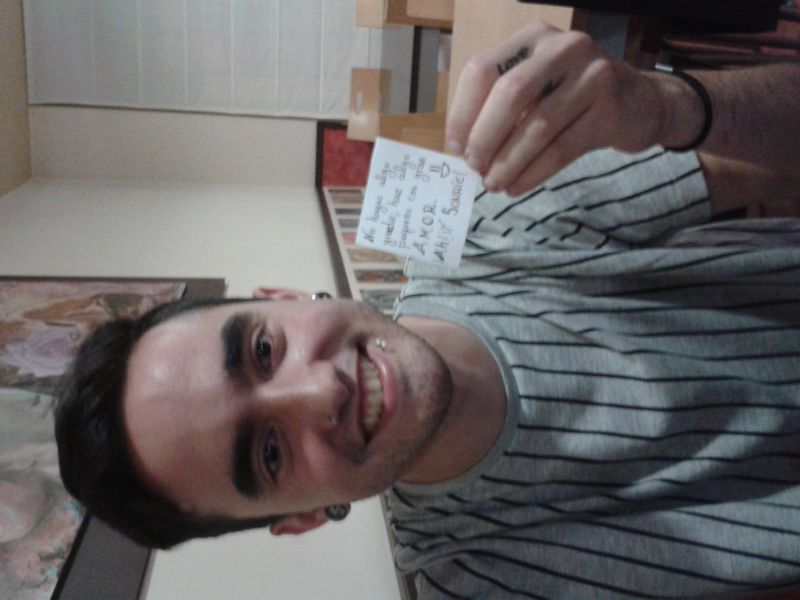 Rafa with kind notes which he leaves in public spaces :)

Another volunteer who has really inspired us too is Dani. He has being struggling so much with drugs and had been on treatment for years. He just broke up with his girlfriend for many years and was at the edge for many reasons. I connected with him in the streets one day and offer him a Physical Therapy treatment for his damaged wrist. He came home and we had a great talk on life. One thing I learned in India is that people we consider poor don't need that much to receive, but they need much more a space to give. So it sounded like a great idea to invite him to come and serve in KK :) Now he is one of our greatest ambassadors and he is more supported by a net of people with kind look in their eyes. 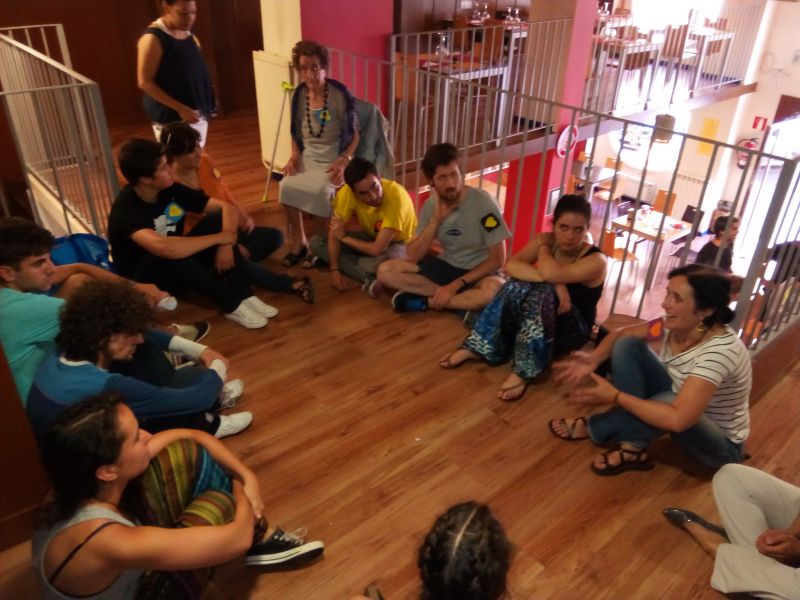 Also this last KK we celebrated Dominica's birthday, my 99 year old auntie. She is such an unique elder. She was there last saturday when we were introducing ourselves during the presentation circle. Everyone introduces herself speaking, saying something about their motivation to be serving in KK or about why they want a better world. Domi took the “box” and threw it out the window :) She went in the middle of the circle and started dancing! Hahaha Such a great definition of the person she has been. She is full of radiance and joy. In the menu we wrote that there was a 99 year old lady who was celebrating her birthday with us. When we sung happy birthday in our table people from all the tables came and made a long line to share their best wishes to our elder. On our way out of KK, Domi told me, “Such nice friends you have, it was a very special moment”. I said, “Oh, I didn't know most of them from before, but yes, it was amazing” :) So beautiful to see a line of strangers hugging such dear elder :) 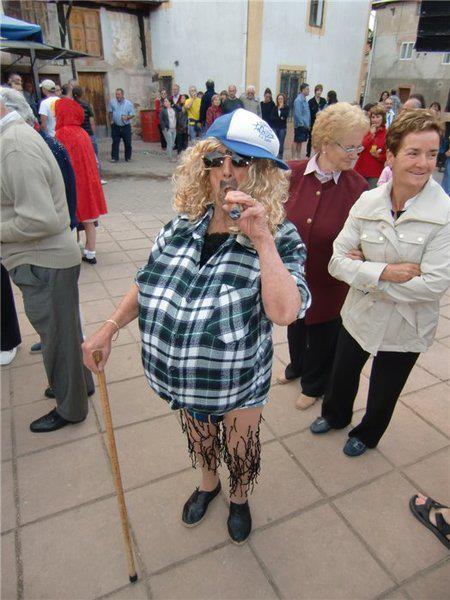 Domi in crazy outfit for party in family village :) Age then: 96

Karma Kitchen is a place for experiencing the world we all know is possible :) I don't know if we will stop suicide but I believe spaces where the love can flow have brilliant effects that go beyond our measurement capacities. I am so grateful I have already seen 6 demonstrations of such kind reality in my home town :) 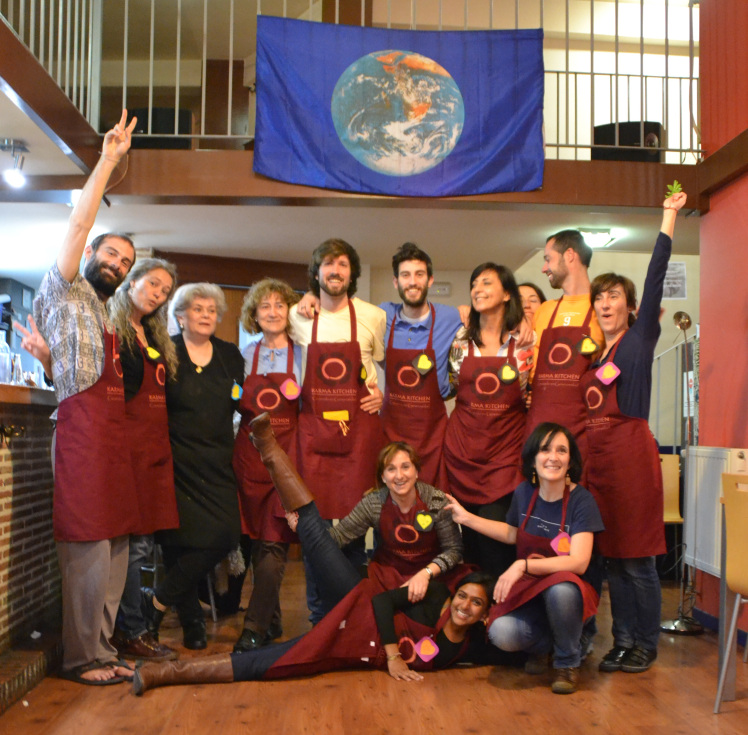