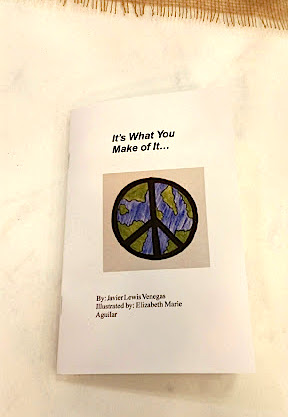 This year, for the second time, the event was offered in the spirit of gift for all students.  It was incredible how people were willing to give at the registration point.  We used these words of wisdom inspired by ServiceSpace on the registration page and it did capture people's hearts. There is always resistance from our committee about gifting to the students, however the distinction between gift vs. free also captured their heart.

There was a shift, I could feel it.

As the committee shifted, naturally, registrants shifted and generously gave when they were registering.  It ended up being probably the first year (that I've heard) where there was no concern about money when the conference was over!  The conference was packed from the beginning to the end.  We went overtime and nobody moved!  Incredibly successful.  I used everything I learned from my laddership experience. 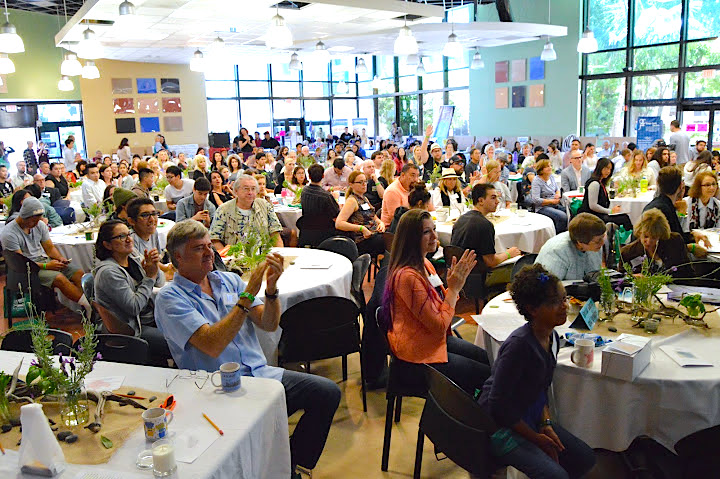 The students captured the spirit of the conference as well.  One student, Vanessa Gibson, reflected:

"The 2016 Golden West College Peace Conference was more than just talks and performances.  This year’s theme being climate change, the speakers delivered empowering speeches about sustainability, while also tying in elements of empathy and integrity.  From Gene Baur’s thought-provoking spiel on animal agriculture, to Erica Wood’s emotionally riveting cultural dance, the conference truly implored the attendee to make a change – big, small, or worldly...

"In addition, the conference itself was a “pay it forward” event – a gift economy was practiced, that way the students were gifted admittance by a sponsor, and students themselves were encouraged to sponsor another student, and so and so forth, that way each individual’s entry is provided for by another, and the individual is simultaneously provided for someone else.

"There is no way to accurately articulate how great of an impact this conference had on an individual; it was powerful, moving, and displaced the issue of climate change in a manner that was not overwhelming but authentically hopeful."

And another, Michael Quach, wrote:

"Upon attendance, I was expecting a meeting that referred to "Peace," as in war.  The meeting was more of an environmental, and self actualization concept of "Peace." (Which was very interesting!)  The most favorite speaker was Gene Bauer, of course.  He is known for being an animal rights activist, and encouraging a food movement.  He is a pretty famous activist, and is a vegan...

"Most of the problems that the speaker identified, also included interventions for them.  Although, I like that the interventions were rounded on the concept of self actualization as the universal answer in fixing the causes.  (It starts with you! This empowers us all to contribute ANY effort we can to causes in the world.)"

Much gratitude to the ecosystem for inspiring so many be-the-change ripples!

Here's more photos of the day.