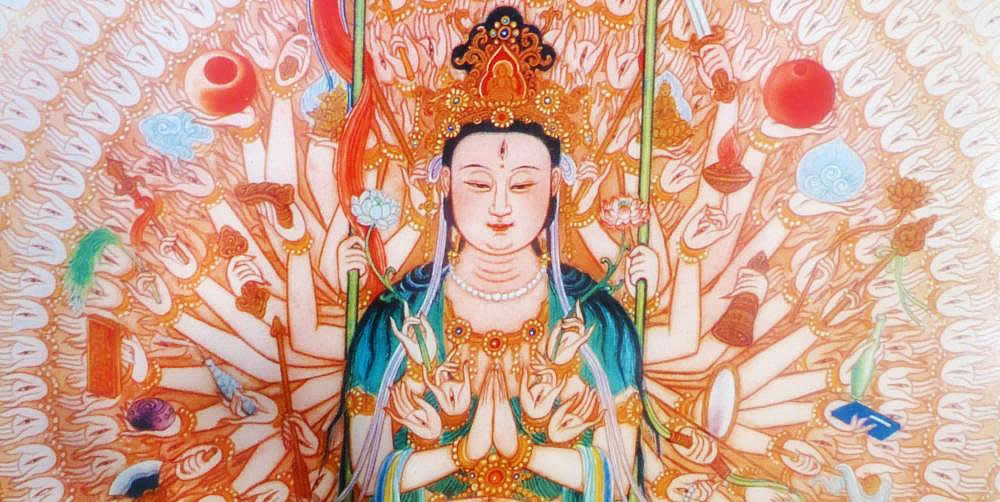 On October 25-31, I took part in a Gaunyin recitation session at CTTB -- one of three every year, and this one included a special visit from many ServiceSpace friends on Oct 30th.

This Guanyin Session was a little different from previous ones. Each day I applied as much attention as I could to recite. Through experience, I learned that attention is karmically conditioned. If I want to have the ability to pay attention to what has not already been karmically conditioned, I am responsible to train my own attention, often against the current of karmic habituations. Not only sense objects, but the organs themselves arise based on past karma. There is no way to pay attention to how the organ arises if my conscious mind is constantly bombarded by the arising of objective supports that are habitually grasped and attended to. These take the form of thoughts, emotions, physical sensations, etc. Again and again, I found my mind drawn toward them, whether recalling exchanges that I had had with new friends from ServiceSpace or experiencing the emotions behind certain states. This session the biggest distraction came from physical sensations, spasms, and restlessness.

I recited with effort, but not force. Sometimes I found that my mind entered the spirit of the session and eased into a steady concentration on the name. I was aware of what arose, but I did not feed it by paying special attention to it. I put my energy into keeping my mind on the name. Other times I found myself lacking in sufficient attention to be aware of what arose without letting it take over my awareness. When this happened, the thought, emotion, or sensation gained power. It increased and we battled on the cushion. A few times I opened my eyes only to see that the intensity I was experiencing in my mind was invisible outside: my body looked still and at ease. How funny that what I perceived, the states both good and bad, occurred in my mind. My goal for the session was to train my attention as much as possible in one week to focus on the name rather than on habituations. Samādhi comes naturally when attention is properly trained. The practice seems so simple, to recite a name, and yet it was incredibly challenging to revisit fears and, even worse, the reactions that I had created overtime by avoiding and repressing them.

As long as I kept my attention on reciting the name, whatever arose, though I was aware of it, disappeared. Though I never became sleepy, I did realize there were limits to how much attention I could pay to what I was reciting. By the third sit of the day, my attention was more limited and, as a result, I struggled more against the habituations. Sometimes, when I had enough attention to keep concentrated, I could feel the name vibrate in my body. I felt tears in my eyes, even down my cheeks, as emotions released. I felt movement where there was stuckness, as if the body was slowly giving way to new pathways. I noticed more what arose in my mind when I interacted with others, catching myself get frustrated and trying to adjust my behavior. A week of reciting Guanyin resulted in transforming my habits to some degree and giving me more freedom to pay attention to things that have not been previously conditioned.