Right as we meet, Rajeev tells me, "I feel like I know you already." Back in the 90s, he was a very successful Wall Street Banker -- until one day he received a message that his father unexpectedly passed away. Rajeev's image of his father was that of a simple man who silently lived his values. Nothing heroic. At his funeral, though, Rajeev was stunned to see thousands of diverse people overflowing with gratitude for how this simple man had helped them in their time of need. Deeply moved, Rajeev decided to dramatically alter the course of his career, to serve others more selflessly. He found his calling in helping people become better leaders. Too Many Bosses, Too Few Leaders was the title of his first book, and Be the Change his most recent. The titles themselves provide a flavor of his values. 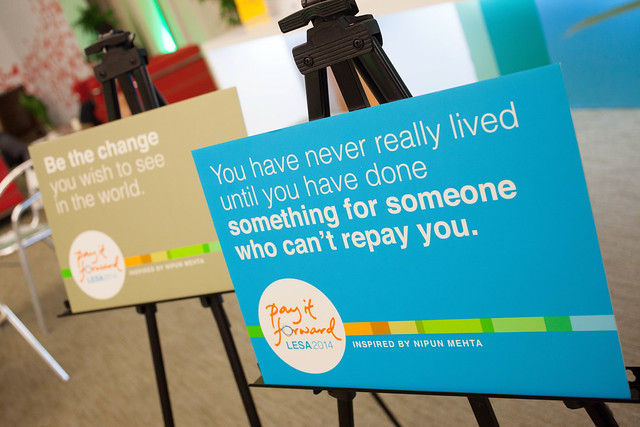 So, as we met for the first time, Rajeev explained: "I show the video of your Harker talk at all my trainings. Must’ve been over a thousand people last year!" How exactly is generosity relevant to leadership? It turns out that we spend 80 billion dollars a year on building leaders, but without much success. Originally, people believed that great leaders are born, not made. Then, we went through an era where we felt that those on the top were the gifted ones, or the ones with high competency, or those who were most agile and adaptive. Following that, we saw an era of command and control leadership and then a transformation leadership to create change. Rajeev’s thesis, though, is that leadership is none of the above. Rather, it’s a dynamic resource that is rooted into our inner capacities like compassion and forgiveness. Gandhi, Mandela, Mother Teresa are all exemplars of such leadership, and yet it is not something we can teach via books. It requires an ongoing commitment to an inner transformation. 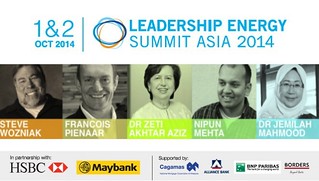 Being the president of ICLIF in Malaysia, Rajeev crafted an annual Asia-wide conference specifically to explore that theme of “leadership energy.” I was invited to keynote, alongside a very interesting group, ranging from legendary rugby player Francois Pienaar (played by Matt Damon in Invictus!) to Steve Wozniak (co-founder of Apple) to the chair-woman of the Malaysian Federal Reserve. It was an honor to be included.

Seeds of small ripples were planted even before I arrived. In the spirit of gratitude, the event organizers offered a hefty honorarium; when I asked them to pay that forward to a Gandhian NGO, they were very moved and in the spirit of even more gratitude, :) they gently gifted a plane ticket for Guri and routed both our return flights through India. Moreover, at the conference itself, they decided to boldly experiment with generosity. Instead of a commercial snack bar, they turned it into a pay it forward “charging station” -- complete with many Wisdom Crafts products, Smile Decks, lots of interactive art and much more. 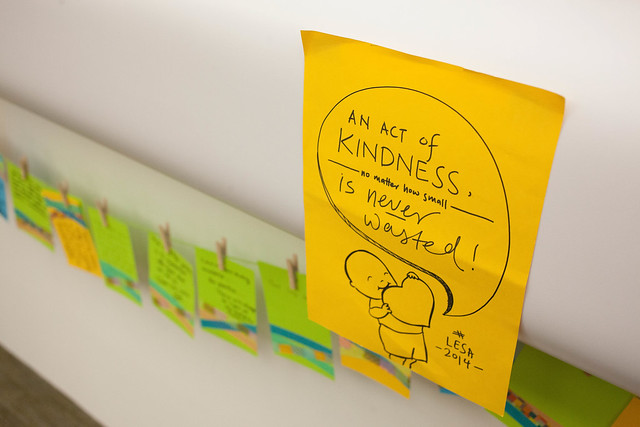 At the end of half a day, one of the organizers noted that they received more than they would’ve in the span of two transactional days. And that’s just the financial ledgers. ;) 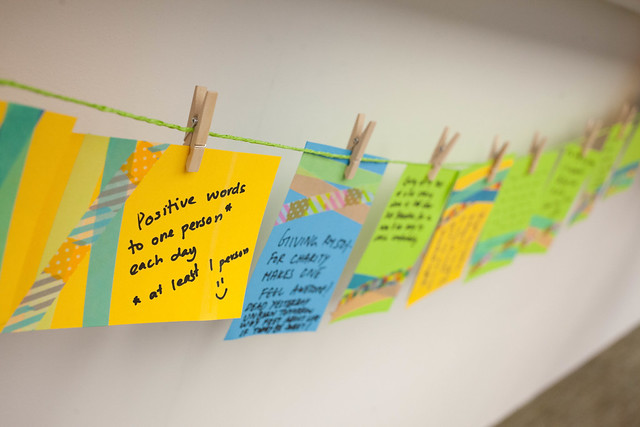 The day opened with a keynote by Francois Pienaar. He gave touching first-hand stories of Nelson Mandela, and his experience of winning the rugby World Cup and becoming a courageous symbol of forgiveness in post-Apartheid South Africa. The first time he met Madiba (as they called Mandela), he walked out to greet Francois and even spoke to him in his native tongue. Over the course of their long friendship, Francois came to recognize Madiba’s humility time and time again. On the previous night, during a car ride with Guri and myself, I asked Francois for the most defining value of Nelson Mandela’s character. Without needing to pause for reflection, he shot back instantly: “Selflessness.” Then, he continued: “Madiba constantly sacrificed everything, even his own family, for the benefit of others. I’ve never met anyone like that. I aspire to be like him, but to be honest, I don't think I can do it.” 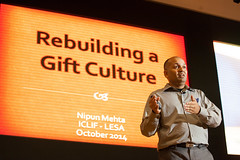 After Jamila Mahmood shared her remarkable journey of standing up for human rights, I spoke about our ServiceSpace journey and then Steve Wozniak concluded the day. Although Woz is typically in the shadow of Steve Jobs, he was known to operate with an open-heart. On various occasions, he offered employees his personal shares of Apple, simply because he felt it was the right thing to do. My favorite part of his talk came during the Q&A when someone asked him the inevitable question of legacy. And his response was thunderous: “Legacy? Look, we’re all turning to ashes one day. I don’t think about legacy.” :)

That night, after the keynotes, there was a fancy, seven-course meal with about 100 heavy hitters from around Malaysia. I had the honor of being the only one invited to speak, and I themed my half-hour address on humility. Opening with the Dalai Lama story of bowing lower than everyone else, I said: "As leaders, we are expected to have answers, but it is our humility that will ensure that we don't forget about life's most important questions." Listening to some ServiceSpace stories, Woz was in tears -- as were others. (I think some folks were more impressed that Woz teared up, than they were with the content of my talk :)).

After the talk, a seemingly introverted Chinese man was the first to raise his hand. It surprised many. He was the president of MayBank. "I'd like to share a video," he said. It was a video on acts of kindness that his employees had done! Everyone started sharing stories of generosity. The message clearly hit home, to the point that even CNBC asked for an interview in the after hours. :) In perhaps the most touching moment, Francois came up to me and said, “You know, I was thinking of dropping my charity work to 30% but just wanted you to know that after tonight, I won’t be doing that. Thank you.” Although I felt like a small kid next to his 7-foot-plus frame, we hugged like two rugby players. :) It was a classic moment. 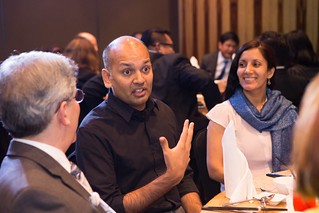 In such contexts, it can be difficult to stay anchored in your values but if we do succeed, it effortlessly invites others into that space. For instance, a former banker told us a powerful story of how his limo fatally crashed while traveling in Bangladesh in 2012. “Just before I got in, I exchanged seats with another friend. Everyone died except me.” Long pause. “And you know, while I was bleeding on the streets that day, only one person stopped to helped me -- it was a rickshaw driver.” Needless to say, his life changed that day. Today, he aims to live with a heart of that rickshaw driver.

One feels blessed to hold space for such kinds of connections. After my talk, I remember one fellow thanking me with, “You inspire me to be a better Muslim.” 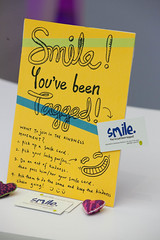 I'm always amazed to find DailyGood and KarmaTube subscribers, Smile Card users, and ServiceSpace blessers (is that word?) in all corners of the world. Stephanie, founder of Karma Kitchen Indonesia, came just to visit Guri and I. After the grand success of KK in Jakarta, she tagged Joanna and her gang in Malaysia with their $850 surplus, so they can pilot one in Kuala Lumpur (Malaysia). During one of the afternoons, I snuck out to dialogue with Joanna and their local group. It turned out that all the folks crammed in that small hotel suite were part of CEO club, and I was asked to brace myself for skeptical and abrasive questions. :) It ended up being a very powerful conversation, and all those CEOs were slated to serve as waiters at their upcoming Karma Kitchen. :)

This was my first trip to Malaysia. And yet a bunch of people said, "It’s the first time we're meeting but I feel like I've known you for years." Sometimes, I figure that people have a sense of familiarity because of online videos and such. But then sometimes, I wonder if it goes deeper than that -- into a profound resonance of shared values. I don’t know, but I’m starting to develop a hunch. :)

Terima Kasih (gratitude) for this field of noble affinities.